Matt Kahn's normally bustling downtown restaurant is closed. And like every restaurant owner across the state, he has no idea when it will reopen.

But even with that uncertainty, Kahn, the president and co-founder of Big Ditch Brewing, isn't scuttling his long-term plans for the craft brewer. He's still pushing ahead with a $32 million plan to open a new brew pub in Cheektowaga, with brewing facilities that will more than triple its current production.

Kahn knows both sides of the coronavirus crisis. While the downtown tasting room is closed, Big Ditch's brewing business is on the upswing. Although Big Ditch can't sell its craft beer to bars and restaurants, its bottling operations, which supply supermarkets and other stores, has seen a slight uptick in sales as people stay home.

"For the most part, the retail operation of our business has not been impacted by the current crisis," Kahn said.

So Kahn is pushing forward, hoping that, when the crisis eases, Big Ditch's business will bounce back as strong as ever.

Yet there's no guarantee that it will. With the coronavirus outbreak expanding by the day, hopes are fading that the deep recession it spawned across the Buffalo Niagara region will be over quickly.

Gov. Andrew Cuomo warned that the peak of the outbreak in New York could hit as soon as a week from now, or as long as a month from now. Erie County Executive Mark Poloncarz doesn't think the peak here will come until the end of April – almost a month from now.

And even then, as the outbreak eases, it means even more weeks – maybe months – of social distancing and government-imposed mandates to limit business to prevent another flare-up.

So it's becoming clear that the Buffalo Niagara economy will still be sick, long after the Covid-19 outbreak starts to ease. For a consumer-driven economy, where about 70% of the economy is driven by people buying things – from houses and cars to clothes and groceries – prolonged efforts to keep people at home will only mean that the recovery will take hold later.

And with each passing day, the chances for a quick recovery become slimmer and slimmer. 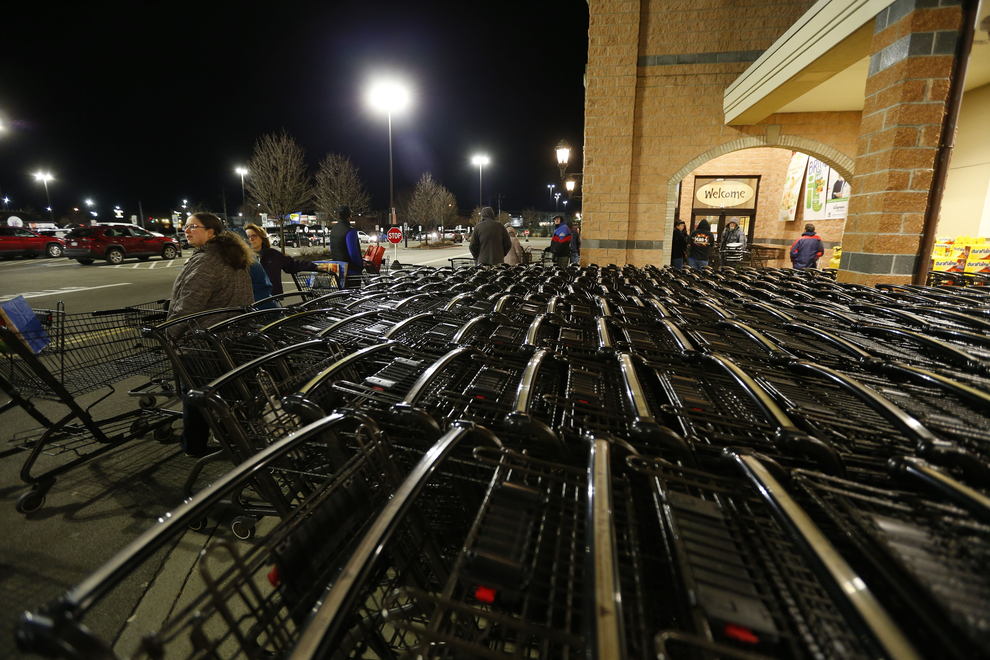 People wait in line to enter Wegmans in Blasdell before it opens on March 14. (Mark Mulville/Buffalo News)

"There's too much uncertainty," said Timothy Glass, the state Labor Department's regional economist in Buffalo. "You don't know how long this is going to last. Is it another month? Two? Three? Is it going to go away and come back in the fall?"

And when the recovery does finally take hold, there's a growing likelihood that the Buffalo Niagara economy that emerges won't be the same as it was before anyone heard of Covid-19.

The longer the downturn lasts, the harder it is on small businesses to survive. The bills will keep mounting for the gyms and hair salons and nonessential businesses that now are closed.

About half of small businesses have a cash buffer of 14 days or less, according to JPMorgan, leaving them ill-prepared to weather a prolonged shutdown. Will they have enough cash left to reopen once the all-clear sounds? If those businesses can't reopen, will their landlords be able to make their mortgage payments, or will they start defaulting?

And the ripples are still rolling through the economy. Businesses, such as Delaware North Cos. and New Era Cap Co., which had held off on job cuts at the beginning of the outbreak, are slashing staff. Others, such as retailers Kohl's, JC Penney and Macy's, are furloughing workers as they come to grips with the reality that their stores could be closed for months.

Seneca Resorts & Casinos, which had given its 3,700 employees three weeks of paid time off after it closed its casinos, said Friday it was putting many of those workers on temporary furlough, while still paying for their health insurance through the end of May.

Over the last two weeks, nearly 44,300 Western New Yorkers have filed for unemployment benefits. That alone is enough to more than double the Buffalo Niagara unemployment rate, which stood at just under 5% in  February, to more than 10% now. It's probably closer to 12%.

To give you an idea of how fast the local job market has collapsed, unemployment claims in Western New York last week were 34 times higher than they were a year ago, the Labor Department said.

And Western New York is getting hammered harder than most of the state. The Labor Department divides New York into 10 regional divisions, and last week, only Long Island had a bigger jump in jobless claims than Western New York. Statewide, the number of workers filing for unemployment benefits last week was 27 times higher than it was during the same week last year.

"We're going to see more people without incomes, and therefore, without money to spend on other things," Palumbo said.

The longer it goes on, the longer the recovery will take.

"It definitely has an impact on consumer confidence," said Julie Anna Golebiewski, another Canisius economist. "If we're not feeling very good about where the economy is headed or about how quickly the economy will recover, it will only elongate the downturn and elongate the recovery period."

The stimulus package approved last week will help, providing extended unemployment benefits to laid off workers and adding a $600 supplemental benefit that, taken together, will exceed the earnings of many low-wage workers and replace a bigger percentage of the pay for those who earn more.

"If that can get us through the short term, then any lengthening of that period is likely to have less of an effect," Golebiewski said.

That's what Big Ditch is counting on. Not everything has ground to a halt. Grocery stores are on a roll. The health care sector is going all out. The stimulus package will help many displaced workers replace much of their incomes through July. 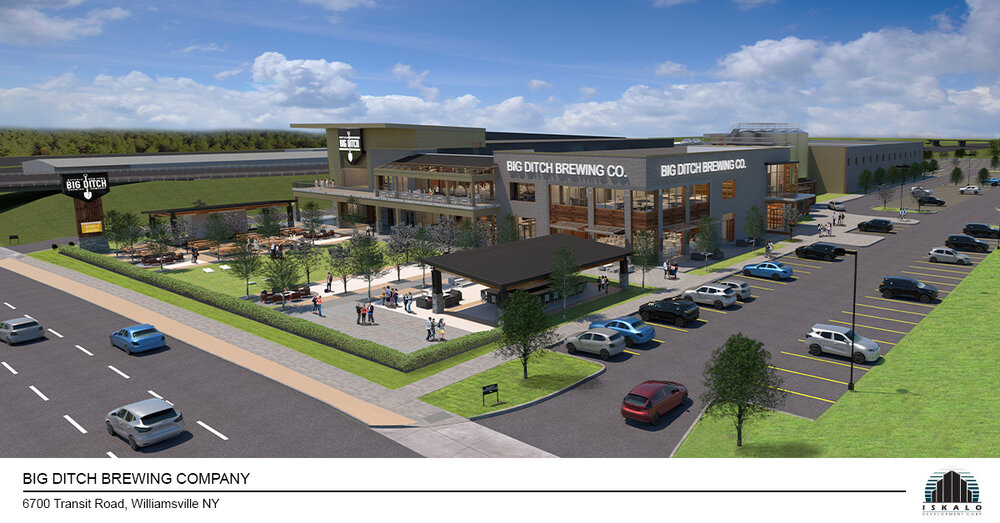 "Whether folks are stockpiling Hayburner beer, or they're actually consuming it, we don't know," said David Chiazza, executive vice president at Iskalo Development, the developer behind the expansion project, which is seeking $2.4 million in tax breaks from the Erie County Industrial Development Agency.

"This next facility is all about expanding their footprint well beyond Western New York, throughout New York state and beyond that," said Chiazza.

That was Big Ditch's vision before the Covid-19 shutdown. Only time will tell if the virus will allow it to come to pass.