Even when they attached her husband to a ventilator at Buffalo General Medical Center, Karen Catalano remained hopeful.

Her mind fast-forwarded 28 days – to a successful end to the ventilator regimen. She pictured the two of them spending more time together, perhaps taking dance lessons or visiting the beach near their home in Angola.

But Theodore Xavier Catalano, the 10th of 12 siblings and the patriarch of their blended family, did not remain on the ventilator for long. After four days, Karen Catalano received a call telling her she should come to the hospital right away.

Her husband's grave prognosis was certain, she learned, and nothing more could be done to save him from Covid-19.

She knew his wishes because they long ago discussed their concerns about quality of life in the event of a catastrophic illness. So Karen Catalano agreed to disconnect her husband of more than 20 years.

"He wasn't getting any better," she said. "He was just progressively getting worse every day." 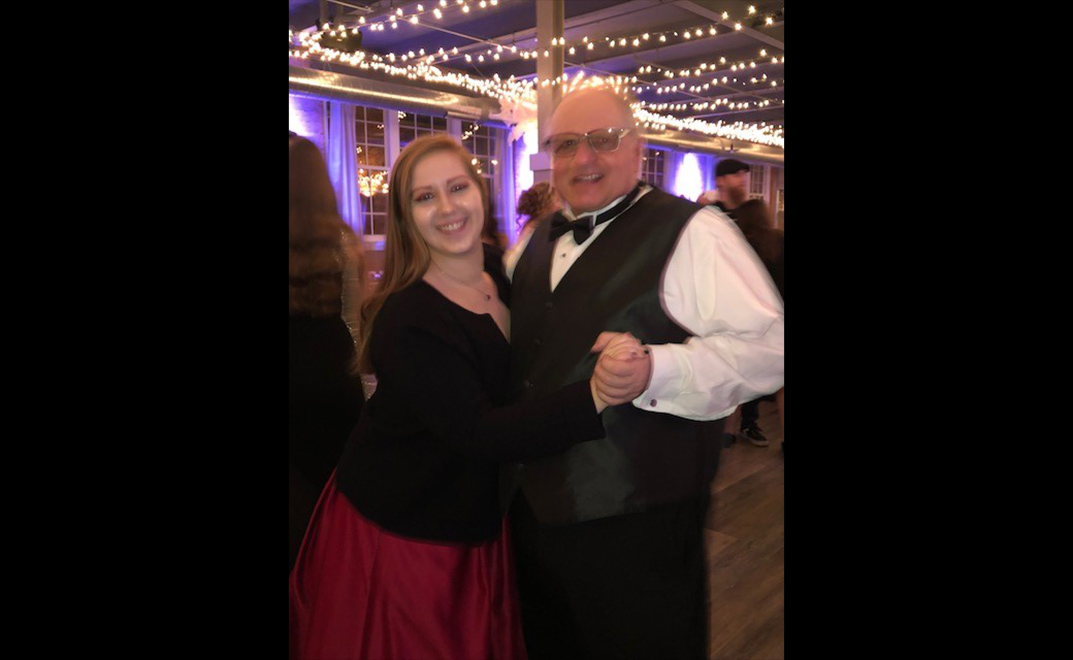 Theodore X. Catalano, who died March 29, 2020 due to Covid-19, with his late daughter, Rosalie Catalano. She died in 2019. (Photo courtesy of Karen Catalano)

They married in 1999. She brought four children into the marriage, he brought two. He treated her children like they were his children, she said, not his step-children. She said he had a special way with kids.

They were both insurance professionals and property appraisers.

"He could remember a house he was in 20 years ago, exactly how it was laid out," Karen Catalano said.

He studied the history of the insurance business and went to local high schools to give lessons in the topic. He also was a real estate professional and was with the Custom Property Realty Agency in Angola when he died.

Their daughter Rosalie Francisco Catalano was born in 2000.

"She was the light of his eyes," Karen Catalano said.

He spent every moment he possibly could with Rosalie, even coaxing her to skip school so they could spend the day together.

In January 2019, when Rosalie was 18, she flew back out to California – where she was studying filmmaking – after coming home for the wedding of a sister. In Burbank, she grew sick from what was thought to be a flu, perhaps caught on the airplane.

"I said stay hydrated and ride it out for 24 hours," Karen Catalano recalled.

Whatever the illness, Rosalie never recovered. By the time family members hurried out to California, she was on life support. She died on Jan. 24, 2019. 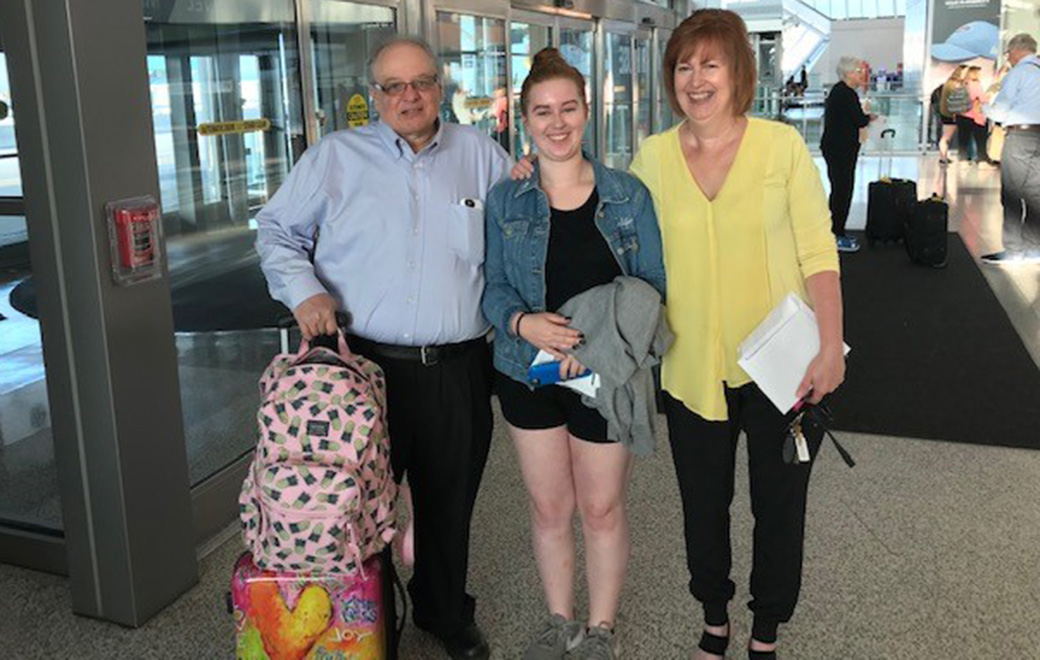 Karen Catalano has been quarantined, unable to open her doors to family and friends as she mourns. She had plenty of time to think about the parallels between Rosalie's case and her husband's as he slipped deeper into his illness.

Theodore Catalano's bout with Covid-19 began simply enough, with a cough, in the middle of March. The medical professionals at a wellness center thought it was bronchitis, but Karen Catalano doubted that. To her, the cough sounded distinctly awful, worse than bronchitis.

"The corona cough is a horrible cough," she said.

She said she pressed her husband's doctor to have him tested for Covid-19, and he was eventually placed in isolation at Brooks Memorial Hospital in Dunkirk as the family awaited the results of his test. Almost a week later, the results still had not come back from a lab in Albany. Eventually, they learned the reason for the delay: his swab contained too small a sample to analyze. Another sample was needed.

"He was very depressed," said Karen Catalano, who could talk to him by phone. "He was in a lot of discomfort. The breathing was very hard for him."

She described him as a large man with other health issues. He had diabetes, narcolepsy and Graves' disease, a disorder of the immune system. He slept connected to a CPAP machine that provided continuous positive airway pressure.

He had gone into Brooks Memorial on March 16, she said. By March 20, her husband's condition had worsened to the point where he was being moved from isolation to the intensive care unit. He had agreed to be intubated and was going onto a ventilator.

Though Covid-19 still was not confirmed in his case, everyone was proceeding as though he had it. Karen Catalano said he received treatments of a malaria drug combined with an antibiotic – the so-called Z-Pack – that has helped some patients.

On March 24, word arrived that a second test came back positive. The next day, with Catalano in a medically induced coma, an ambulance capable of transporting a patient on a ventilator rolled him from Brooks to Buffalo General.

There, the doctors told his wife that they could keep him on the ventilator for 28 days, she said. So she thought that with weeks on the machine, he might survive. She thought of dance lessons, the beach, other outings together.

"My whole element was the morale," she said, indicating that her thoughts of a bright future might help her spirits and eventually benefit her husband, when they could finally talk again. "If you can keep the morale positive and full of hope you can help other parts of your body heal," she said.

But large percentages of people placed on ventilators for Covid-19 have died.  After looking at X-rays of her husband's chest, Karen Catalano sees that he steadily worsened.

"You could see how his lungs had been declining every day," she said.

In his final moments, she had 10 minutes with him. She won't forget that. Nor will she forget the scene in Buffalo General's ICU.

She sensed mostly stress and distress coming from the medical staff, and the stress in the faces of other relatives deciding whether their relatives should come off the ventilator and be allowed to die.

"I describe it as a living morgue," she said. "All you hear are machines. And all you see is the stress in the eyes of everyone there."

When Rosalie was disconnected from the machinery keeping her alive, she lasted just four minutes, Karen Catalano said. The blood-infection sepsis had reached her brain.

"With Ted, it was 20 minutes," she said. "Knowing that Ted struggled for anther 20 minutes, he still had the fight of life left in him. But yet, he wasn't getting any better. He was just progressively getting worse every day."