Stiff-arming boredom during the Covid-19 pandemic isn't outrageously difficult. There's "Tiger King," TikTok and tackling your taxes, and that's just the Ts. But there are opportunities to treat yourself with something over-the-top — and support local businesses — while social distancing.

Bulk deals are one strategy restaurants and bars have deployed that seem to fit the times. Family meals, ranging from $20 to $80, have been common and well-received; they allow business owners to move more product at a higher cost, and they're typically a simpler purchase for families.

Buzzy, oversized items — which accomplish essentially the same goal, just with a bit more fanfare — also appeal to a populace increasingly desperate for any form of entertainment that doesn't involve crowds.

Stack Burger chef Anthony Giangrosso is a serious Bills fan, and he doesn't hesitate to insert that fandom into his job. The Big Josh, a gargantuan bacon-bleu cheeseburger — topped with two eggs — was dedicated to Josh Allen shortly after he was drafted by the Bills. Naturally, the quarterback made the short trek to the Lackawanna restaurant to try his namesake, which customers can still ask for as a special order.

Now, excited by the local NFL team's two trips to the playoffs in the last three years, Giangrosso is dedicating a burger to new wide receiver Stefon Diggs, whom Buffalo traded for in March. Modeled after Diggs' jersey number — 14 — the burger comprises one set of buns and four burgers, all (somehow) working in concert.

There's a spicy Demon Burger patty, the pizza-inspired Vinny Burger, the onions and barbecue sauce combination of the Rodeo Burger and the potent Bacon-Bleu Burger duo. You should probably use a fork.

Giangrosso has already sold around 15 Can You Diggs It? burgers in the first two days of the special, which runs through April. "Stefon Diggs is welcome to come try it, if he's around," the chef said. Marvel at its assembly, below.

Can you DIGGS it?

Can you DIGGS it?We want to welcome #14 to Buffalo by introducing our craziest creation EVER!! It is 1 sandwich that has 4 specialty burgers on it!!! One bun, topped with a Demon patty, a Bacon Blue patty, a Vinny patty, topped with a Rodeo patty! That’s 1lb. of beef with bacon peppers, bleu cheese, pepperoni, cheese, onion tangles and BBQ sauce!

A gallon bag of margaritas ($65) from Papi Grande's
4276 Maple Road, Amherst. 836-7274. Available in takeout and delivery, with DoorDash, Uber Eats and Grubhub participating.

Bar manager Matt Weiser wanted to play off the "slap the bag" joke that involves drinking boxed wine straight from the bag inside the box. He's found the beverage-in-a-bag method works with margaritas, too, just with more gentle handling (perhaps).

Customers are directed to use the spout for serving what amounts to 16 margaritas, once ice is added. To give a sense of the potency, though, Weiser relayed that an entire bottle of tequila is used in each bag.

"It really blew up," Weiser reacted to the special. "People loved the idea."

Available only in classic margarita flavor since Weiser has to squeeze dozens of limes, as well as fewer lemons and oranges, for the fresh juice concoction, Papi Grande's has already sold more than 30 gallon bags, and had to order another batch of plastic carriers shortly after the initial purchase, due to demand.

To meet the takeout and delivery rules specified by the New York State Liquor Authority, customers must purchase food to accompany their gallon bag of margaritas.

Beer Fridge Filler delivery ($255) from Fattey Beer Co.
Delivery to Erie and Niagara counties is included in price above. 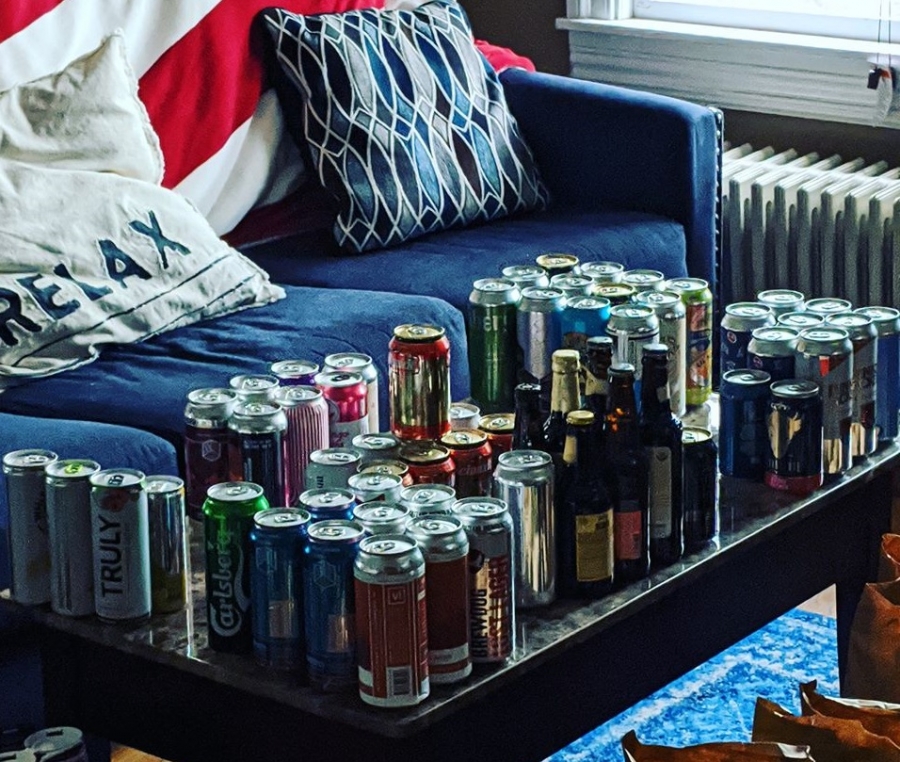 There's oversized, and then there's a fridge full of beer. That's what Fattey Beer Co. is doing since shifting to a delivery model due to the pandemic.

For $255, customers receive nearly 80 beers: Sour, IPA, lager and dark beer six-packs, a 12-can Survival Pack, a Support Local Pack, a 24-can case of Schmidt's, eight Top Ramen noodle soups and a $50 gift certificate to be used in store (at a post-pandemic date), and more.

Customers who call can customize their orders slightly, except for the Schmidt's and the Survival 12 Pack.

Owner Nik Fattey said that his company has sold two or three of these Beer Fridge Fillers each day, further noting that the Beer It Forward option ($35, Erie County only) has also been popular.

Honorable mention: The Hello Kitty Ramen Meal Kit ($22-$32) from Misuta Chow's, which is even one step further from the build-your-own bloody mary and breakfast sandwich brunch kits Jessica Kelly wrote about last weekend. The package from Misuta's, available in three options and to be picked up curbside or through delivery, comes with an instructional video by Chef Andrew Berger.

The former Seabar chef's general mission is to feature 40 different noodle dishes, from several regions of Asia, over the next 40 days. It's an ambitious project, but interesting from a culinary sense. Stay tuned to Misuta Chow's Facebook page for noodle updates and more videos.