Irv Weinstein used to tell the story that in the mid-1950s, after failing as a television director at a station in West Virginia and being fired from the Sears paint department, he was about ready to take a job at the post office and forget about broadcasting.

It raises the question of what Buffalo would be like if Irv spent his life sorting mail at a Rochester post office, and "Irv, Rick and Tom" had never happened. 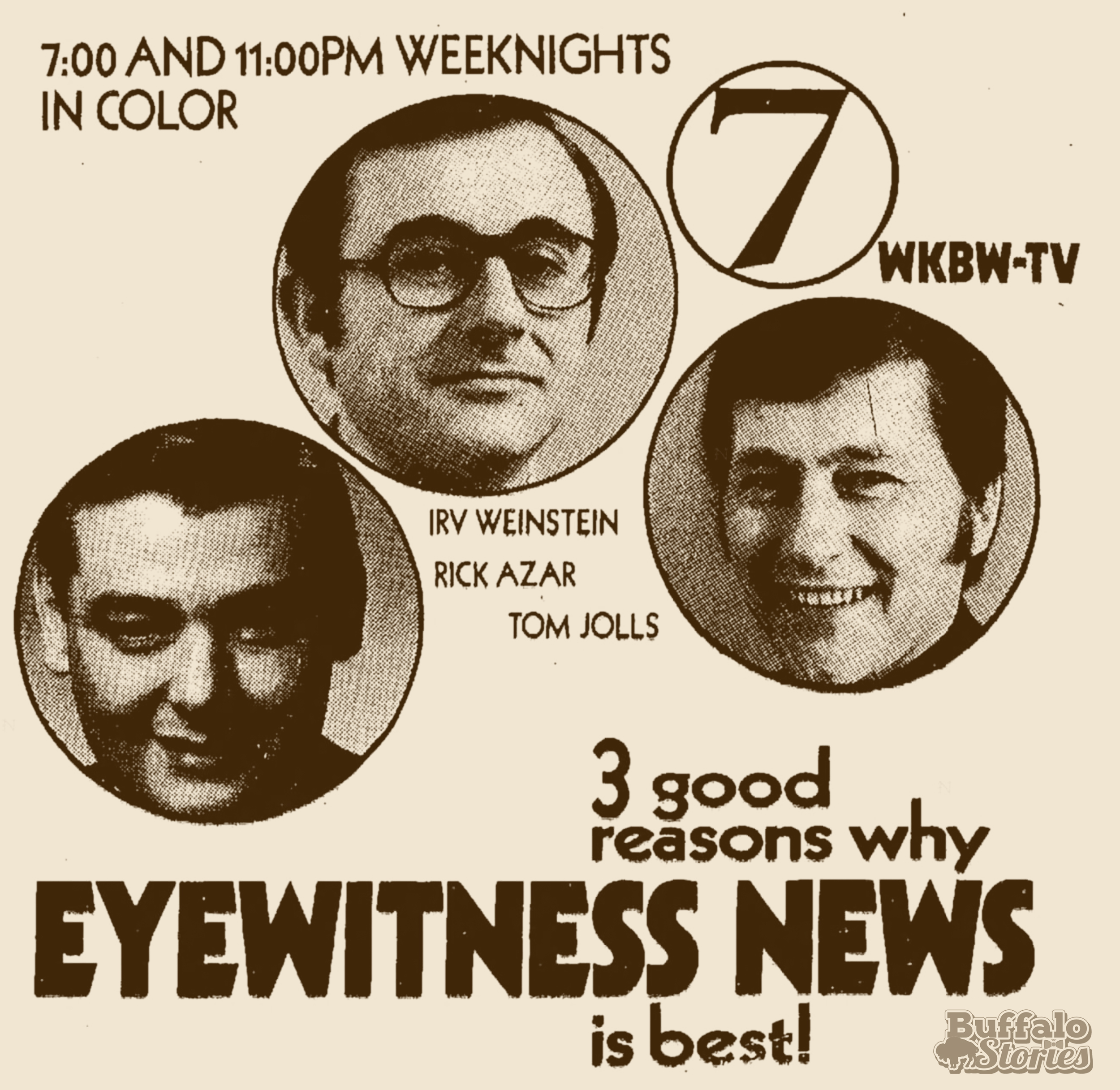 As a team and individually, Irv Weinstein, Rick Azar and Tom Jolls have woven so many threads into the tapestry that is life in Western New York that it's nearly impossible to imagine what it would look like without them.

From the 1950s through the 1990s, Irv Weinstein led the team that informed and entertained generations of Buffalonians with his unmistakable style in writing and delivering the news. Together with Rick Azar and Tom Jolls, Irv was a part of the longest running TV anchor team in history, and their story is the story of Buffalo over the last half century.

“The ratings at Channel 7 were worse than the signoff test patterns on Channels 4 and 2,” said Weinstein.

When Weinstein left WKBW Radio to join Channel 7 alongside Rick Azar in 1964, the evening newscast went on the air at 7:20 p.m. to avoid competition from the other stations' 6 p.m. newscasts. 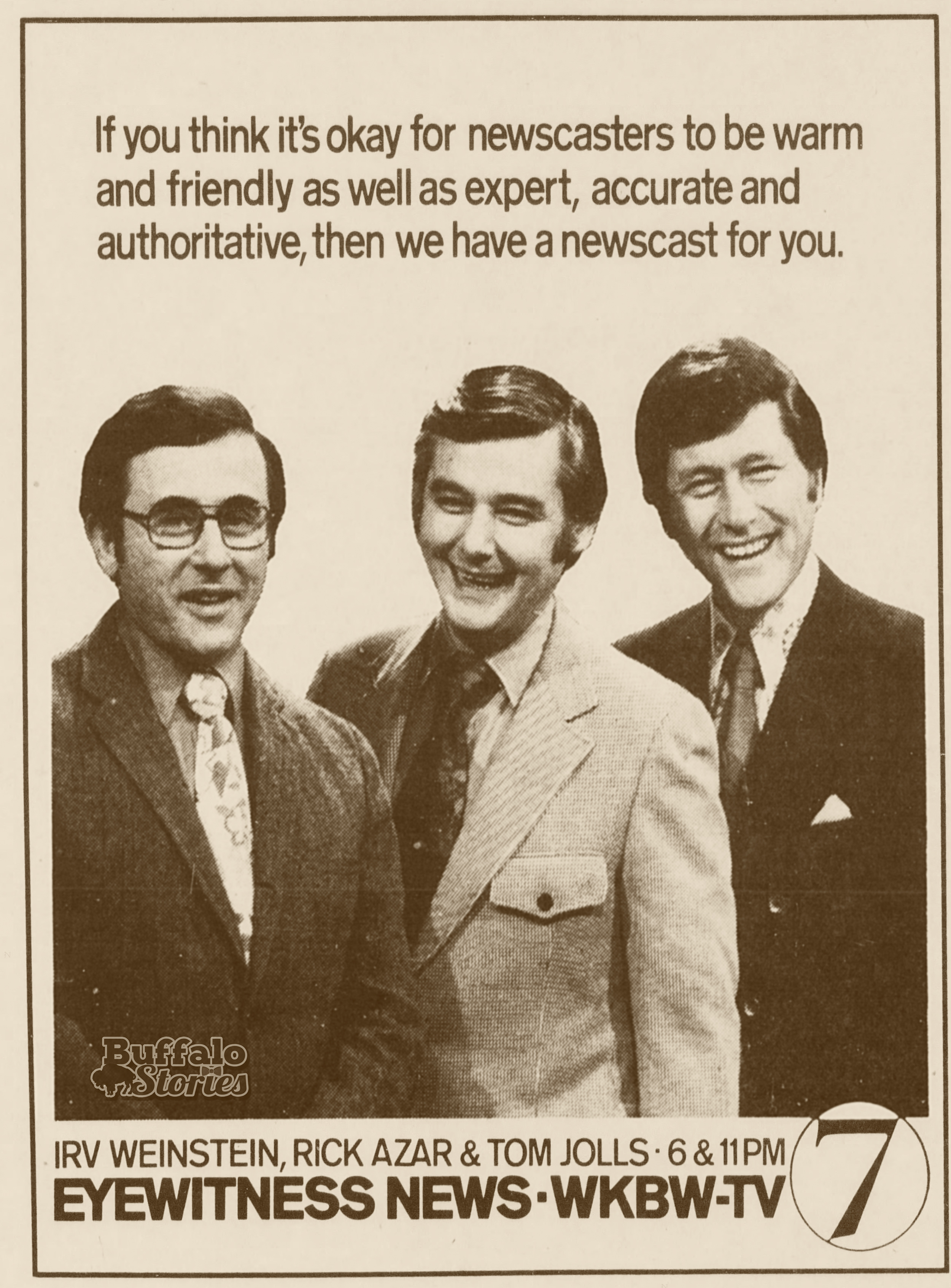 A few years later, Tom Jolls joined the crew, and the Irv, Rick and Tom team that dominated Buffalo TV news in the '70s and '80s was complete.

The three men, plus addition of more local newsfilm, better tight writing and a display of personality and human interaction unseen before on local TV made Channel 7 — and Irv Weinstein — No. 1 in the market, virtually uninterrupted, from the late 1960s through Irv’s retirement in 1998.

“Basically, the other stations' approach was very conservative, you know, the globe on the desk and the clocks in the background and the mature, deep-voiced guy sitting there,” explained Irv.  “We were aggressive, we were razzle-dazzle. We covered every fire there was because it looked great.”

Irv also credited the styles and personalities of the three men — and the mix of those personalities — with the larger success of "Eyewitness News" during those years.

And rounding out the trio? 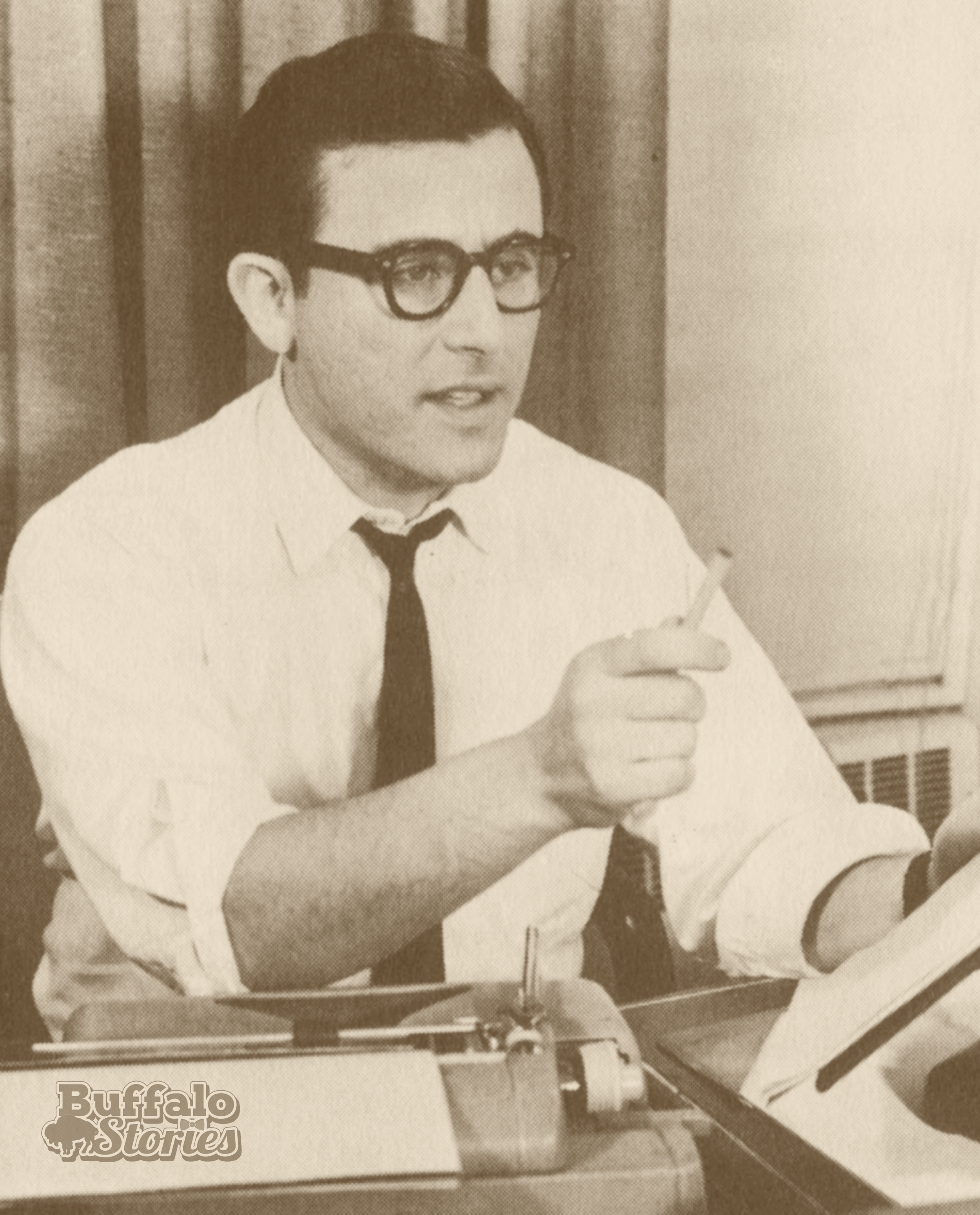 “Me? I’m an ethnic type,” Irv said of himself. “Definitely an ethnic type. I felt very proud of the fact in a heavily Catholic, heavily Polish town, this Jewish kid was accepted.”

“Accepted” is an understatement. Irv Weinstein is remembered as one of — if not the — greatest personalities in the history of Buffalo television.

He got his start in radio as a child actor growing up in Rochester in the 1940s. After working in various radio and TV jobs, he wound up as a newsman at WKBW Radio in Buffalo. There, he became the news director and was instrumental in the rock ’n’ roll style newscasts that matched the music KB was playing in the late '50s and early '60s.

It was at KB Radio where Irv perfected the ra-ta-tat-tat staccato delivery style that he’d be remembered for; it’s also where he developed the sharp writing style, filled with alliteration and bigger-than-life phraseology that was the engine for that delivery. 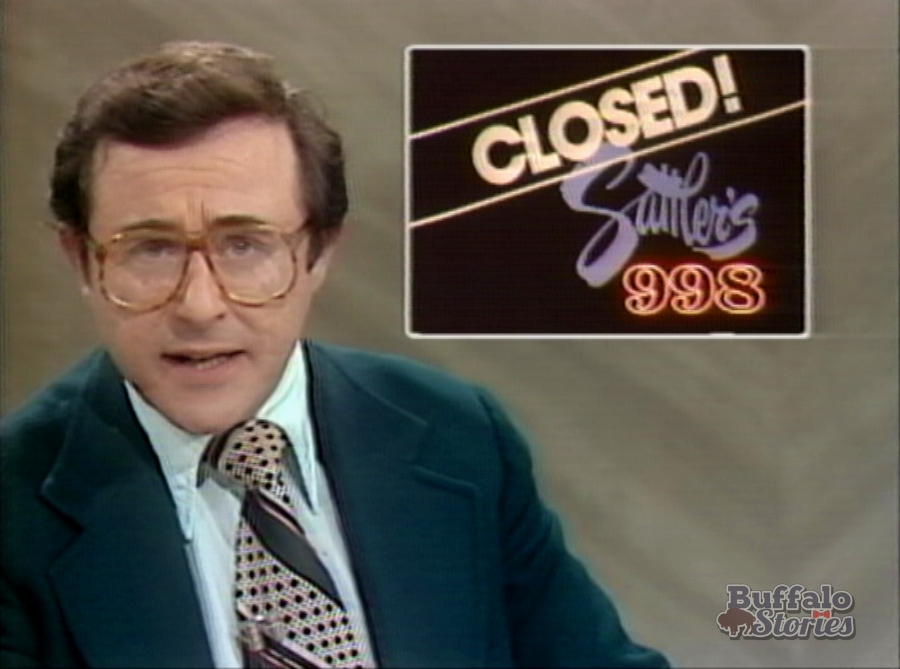 There were no firemen tamping down a house fire. “Buffalo fire eaters” “battled spectacular blazes.” “Death was waiting along the side of the road” for someone struck and killed by a car. A teenage hold-up man was a “knife-wielding delinquent,” if he wasn’t a “pistol-packing punk.” 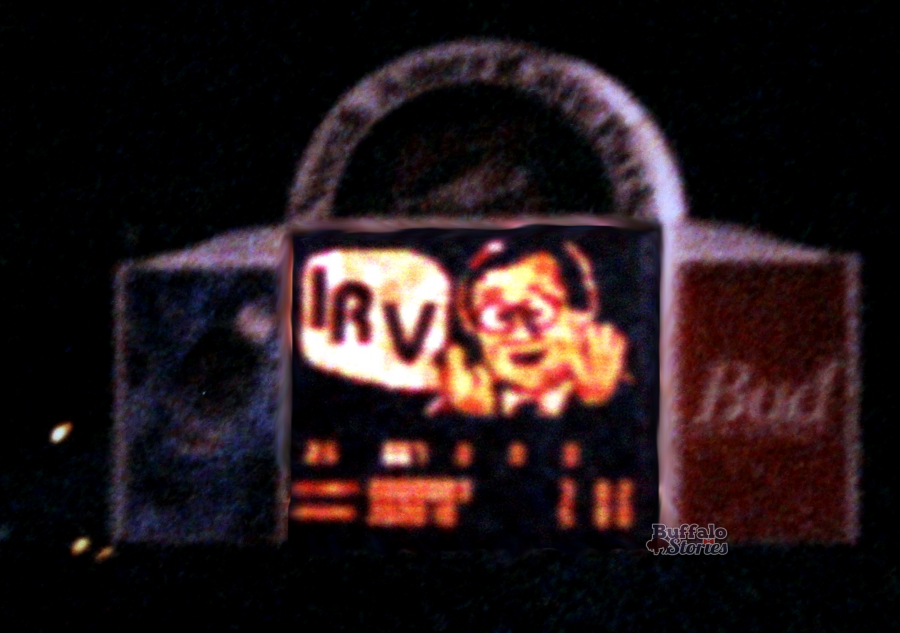 Fans shouted "Irv!" during the seventh inning stretch at Buffalo Bisons games in the 1990s.

By the time Irv Weinstein came to Channel 7, Rick Azar had already been there for six years. He was the announcer who signed the station on the air in 1958. 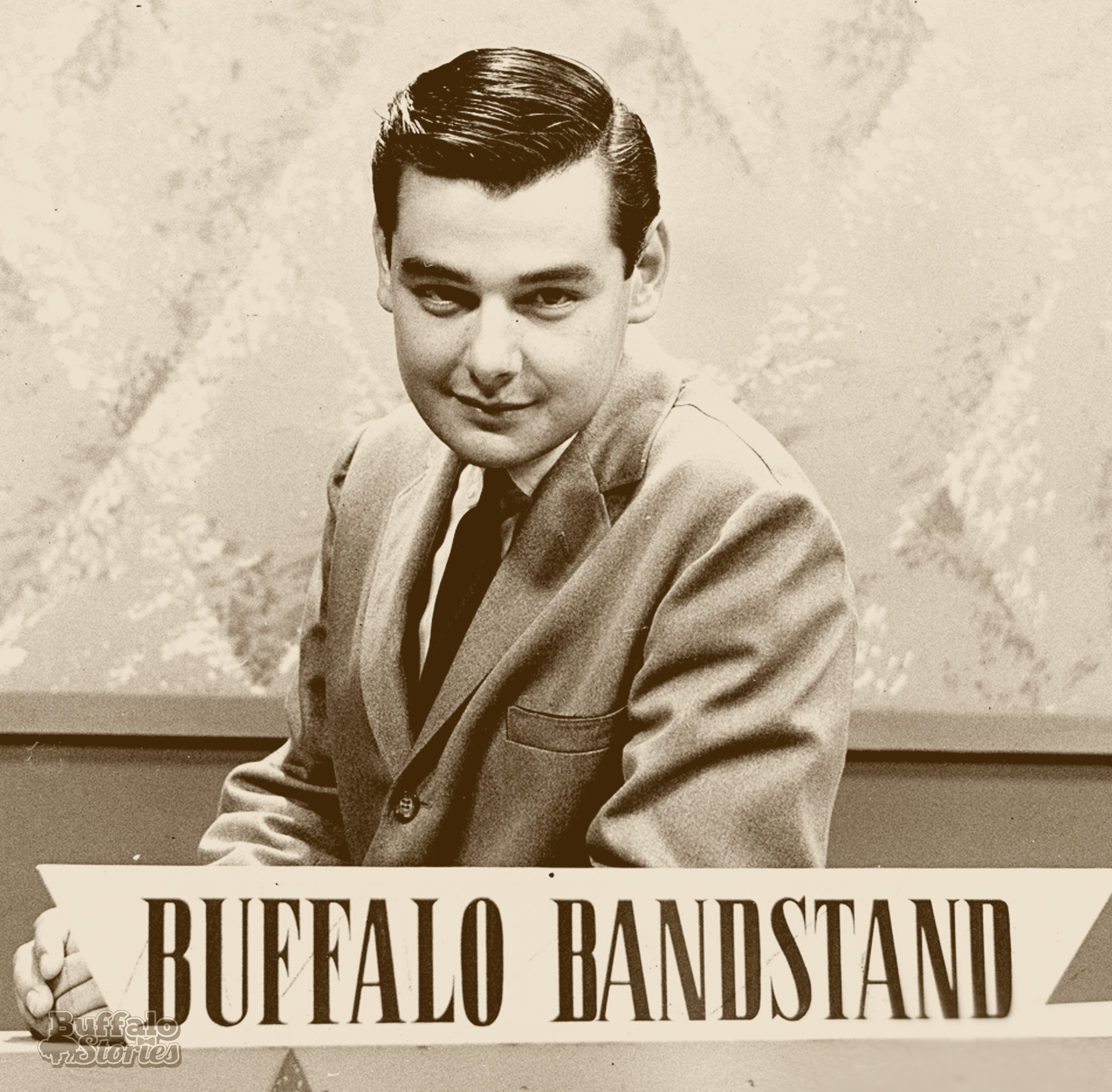 He had been an actor who took radio jobs at WUSJ in Lockport, WWOL in Buffalo and WHLD in Niagara Falls between acting gigs, and also served as a sports and weather man on Buffalo’s short lived WBUF-TV Channel 17 staring in 1956.

In the early days at Channel 7, he delivered weather, sports and news, along with general announcing, and even hosting “Buffalo Bandstand,” the local version of the Dick Clark show. In was in sports broadcasting, though, where he became a trusted household name.

As a TV sportscaster, a play-by-play man for college basketball, and one of the voices of the Buffalo Bills in the 1970s, there were few broadcasters better known, liked and appreciated that Azar. 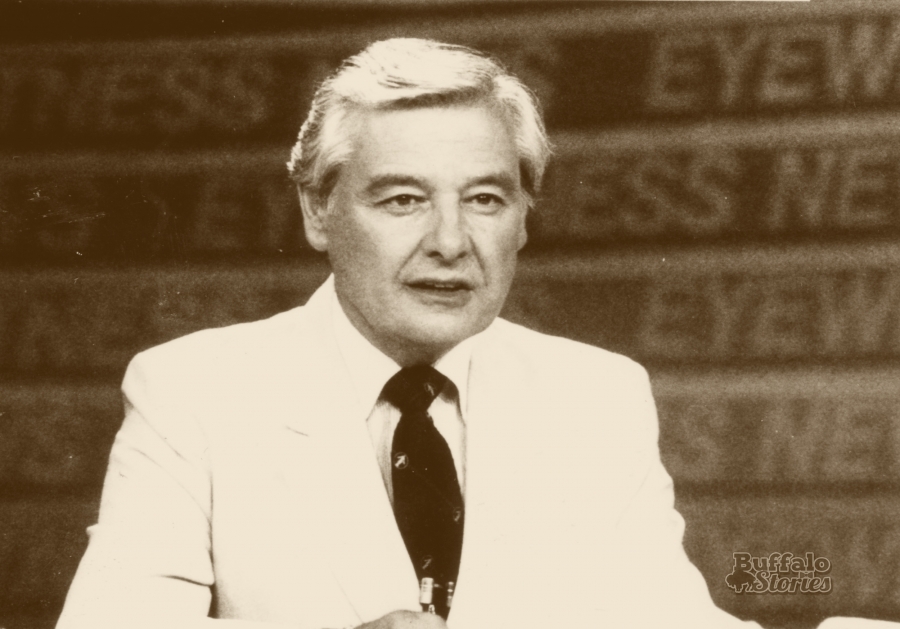 In 1975, the fact that the "Eyewitness News" anchor team might have been the hippest guys in town might be reflected in the fact that there was a special edition Oldsmobile on sale called “The Azar.” 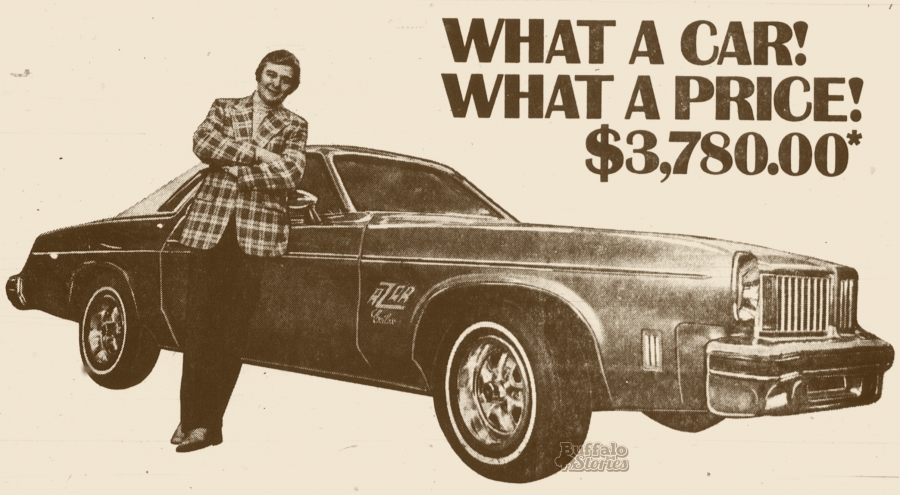 If Rick was hip, Tom Jolls was everyone’s favorite neighbor. The youngest of the three, Jolls and Azar actually met when Jolls was a junior high school announcer in Lockport and Azar was a disc jockey on WUSJ using the name “Dick Corey.”

Jolls eventually became the morning man at his hometown WUSJ. He also had early TV experience at another short-lived Buffalo TV station, WBES-TV. After a stint in the Army, Jolls returned to WUSJ before moving to WBEN AM-FM-TV in 1963. He was seen on Channel 4 and heard on 930AM for about two years before joining Irv Weinstein, Rick Azar and Dustmop at Channel 7 in 1965. 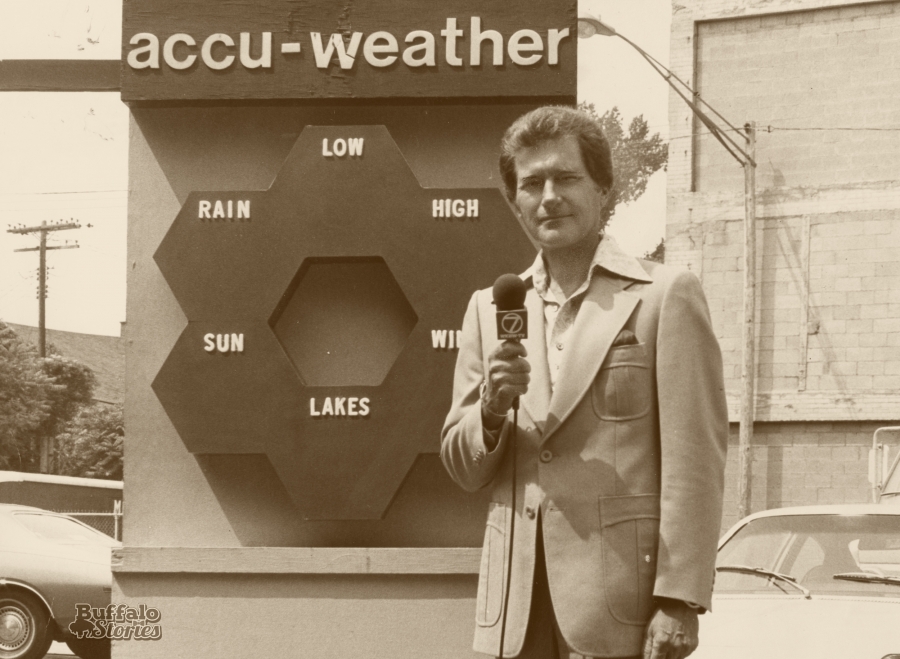 Commander Tom was more than just a weatherman, he was a beloved TV uncle who guided us through days that were stormy as well as salubrious, but also made sure we were entertained with the puppets he and his wife crafted from their children’s old stuffed animals. 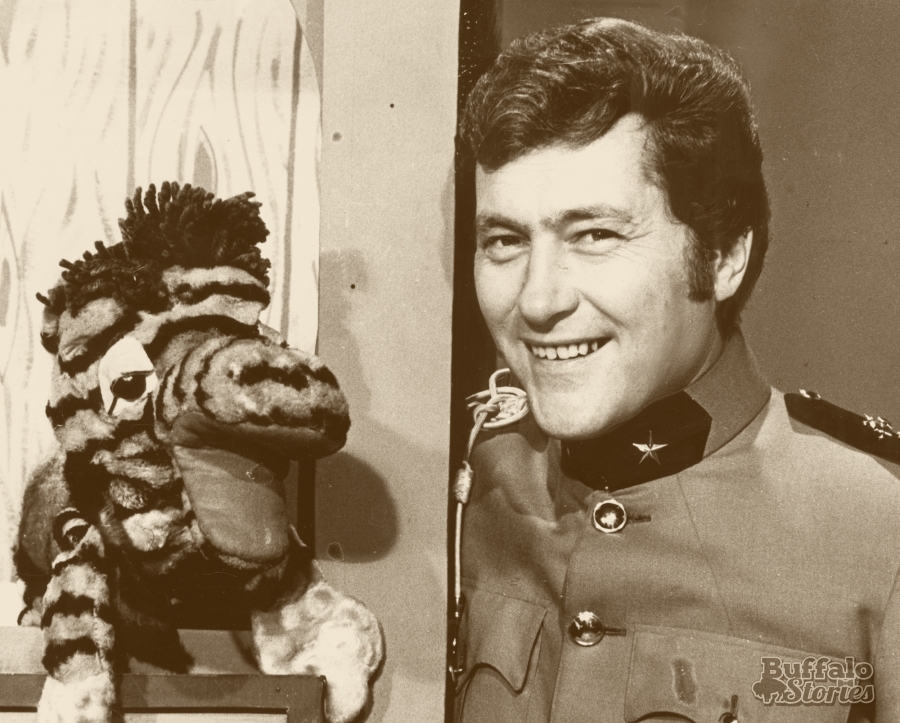 But even mild-mannered Tom Jolls was a part of the spice of "Eyewitness News." For decades, it was Jolls who asked, “It’s 11 o’clock. … Do you know where your children are?”

He was also the voice behind the Eyewitness Newsreel, a fast-moving, tightly edited and superbly written package of newsfilms highlighting the happenings around Western New York over the previous 24 hours.

Together, the facts say that at 24 years, Irv, Rick and Tom were the longest-running anchor team in the history of American television. The hearts of Buffalonians say they were also probably the most beloved. 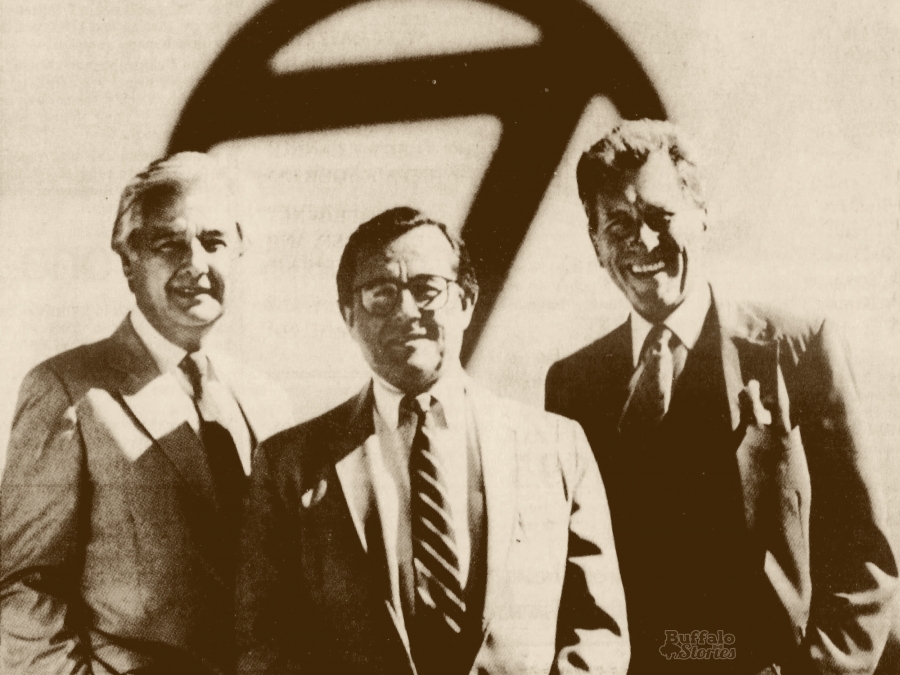 He stuck around in that 6 p.m. anchor chair for just shy of a decade, retiring from Channel 7 in 1998. Jolls followed suit with his retirement in 1999.

A generation has come and gone since these three sat together on the "Eyewitness News" desk, but the memories of Irv Weinstein, Rick Azar and Tom Jolls will continue to bring smiles to the faces of Buffalonians for generations to come.