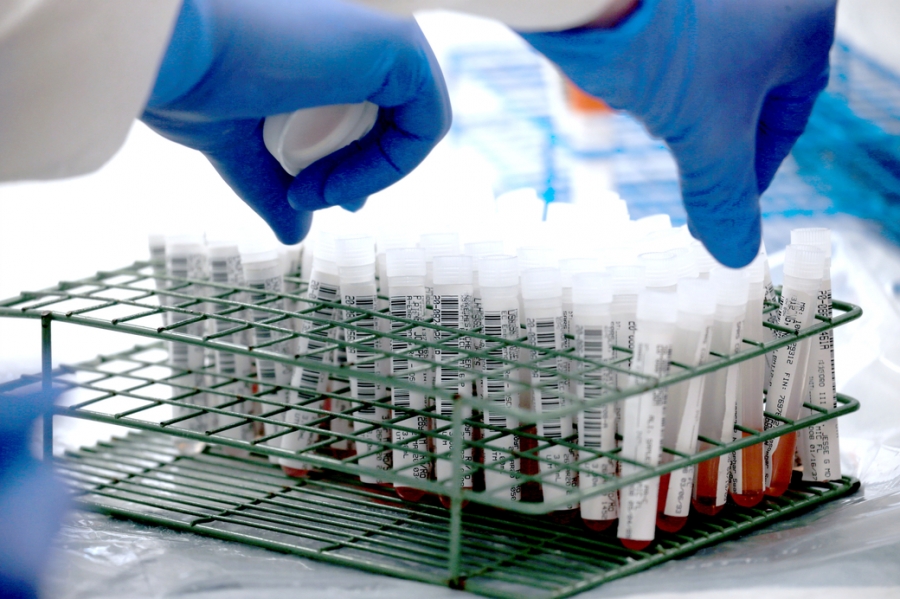 A newly arrived batch of Western New York samples ready to be tested for Covid-19 at a Kaleida Health lab in Amherst. (Robert Kirkham/Buffalo News) 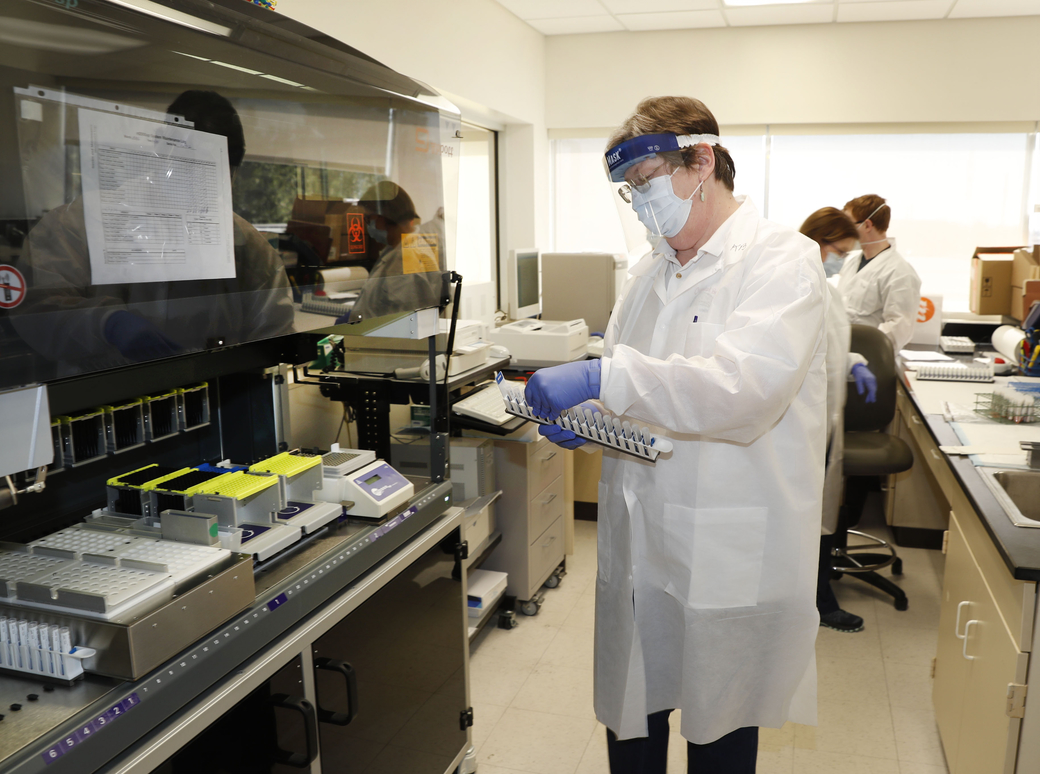