Louvenia “Lou Lou” Henderson, a woman of faith and a proud single mother of three from the Town of Tonawanda, became the sixth person in Erie County to die from Covid-19.

And yet, she was being so careful not to catch the virus.

“My mom, she took all the preventative measures," Wilkes said. "She had gloves in her car. She had sanitizer everywhere. She was always washing her hands. So, I feel like the people around her were very careless – and she suffered because of it.”

Henderson, 44, started feeling sick around March 18, a Wednesday. By the following Saturday, she asked her daughter to take her to the hospital.

Henderson looked ill, her daughter said, but it seemed more like a cold – something she could get over. Wilkes brought her mother something to eat at home from Panera Bread, went out for a bit and upon her return found Henderson sleeping.

But by Sunday morning, her condition took a turn for the worse.

“My brother woke me up and said, ‘You got to take mom to the hospital,’ ” Wilkes said. “I go and see, and she’s crying, saying her body hurts. She just said she wanted to get out of here.”

Wilkes dropped her mother off at Kenmore Mercy Hospital. By the time she parked her car and went in, Henderson was being admitted. Wilkes was told visitors were not allowed to stay because of concerns about the new coronavirus, so she left expecting to pick up her mother later that day.

Henderson would be diagnosed with bacterial pneumonia and later test positive for Covid-19. In the following days, her family prayed for her day and night and continually called the hospital to check on her status.

By Wednesday, her conditioned worsened. Henderson was in an induced coma and on a ventilator. Doctors informed the family she had 24 hours to live.

Shamiah Wilkes, 25, and her two brothers, Jeremiah “L.J.” Wilkes II, 22, and Jeremiah “J.B.” Wilkes III, 21, were allowed to see their mother and say their goodbyes.

“I prayed that she heard us,” Shamiah Wilkes said. “But she wasn’t conscious at all.”

A round of dialysis for Henderson on Thursday renewed the family’s hopes, until they got the call from the hospital at 9:15 a.m. on Friday.

“I just don’t want my mother to be another number of someone who died from Covid-19,” Wilkes said. “I want her legacy to continue.”

Born Dec. 22, 1975, Henderson – known to friends and family as Lou Lou – grew up in Buffalo, where she attended Burgard High School. Henderson went on to study social work at SUNY Buffalo State. She didn’t graduate but always talked about going back to finish her degree.

Henderson was a child and family coordinator at Goodwill Industries and attended Midtown Bible Church in Buffalo.

“My mother was a God-fearing woman. She prayed for everybody,” Wilkes said.

Henderson also took particular pride in the three children she had raised.

“She was so proud of me and my accomplishments,” Wilkes said. “I just finished getting my MBA, and I was always the topic of discussion when she was around her friends. She would always brag about how proud she was of me – basically all her children. We’re in college. We didn’t get into trouble. She was just proud of us.”

Wilkes said her mother’s health had been “pretty good” and she didn’t know of any underlying conditions.

"I found out Tuesday that she had, in fact, contracted Covid-19, and it took myself and all of my friends aback," said Melodie Baker of Clarence, one of Henderson's longtime friends. "She was so young and healthy. I can't believe that she died. It's unimaginable."

Baker and Henderson, friends for 20 years, attended church together at Midtown Bible, where Baker’s father is pastor. 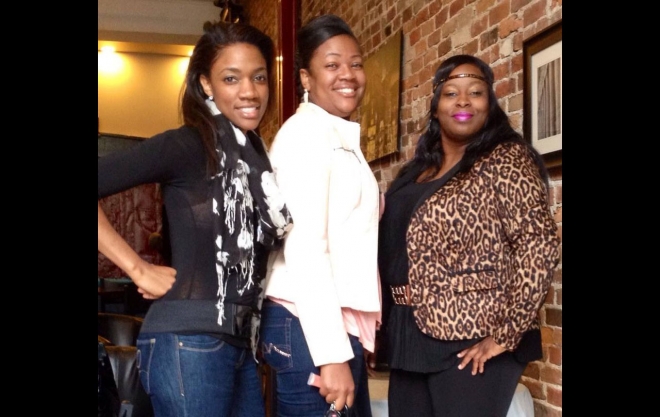 Both of Henderson’s parents died at an early age – her mother, Mary Alice Henderson, at 55; her father, David Ross Sr., 54.

“So we were her family,” Baker said. “I called her my sister. I mean, that's kind of how you grew up in the church. Everyone was family.”

Baker described Henderson as a quiet person, but fun-loving. Baker recalled how once during a church sermon, Henderson made a quip that was so funny it not only had the choir in stitches, the pastor let it slide because it was so clever.

“I mean, she was that friend that was just hysterical,” Baker said. “Everyone who commented on my (Facebook) page talked about how absolutely funny she was.”

After Erie County Executive Mark C. Poloncarz posted on Friday that a woman in her 40s was the sixth coronavirus victim in the county, Baker took to Twitter to let the world know it was her friend, Lou Lou.

"It's sad,” Baker said of Henderson’s death. “It's heartbreaking."

Besides here three children, Henderson is survived by a brother, David Ross; and two cousins, Tiahesha and Nakisha McLaurin, who were like sisters to her.

The family is still making funeral arrangements, but have started a GoFundMe page to help with expenses.