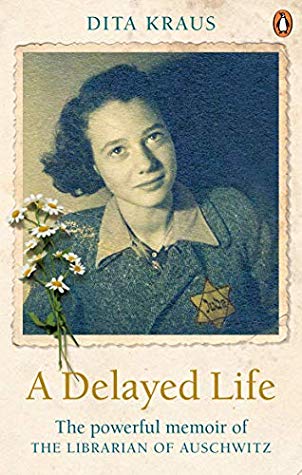 A Delayed Life: The True Story of the Librarian of Auschwitz by Dita Kraus; Feiwel and Friends, 336 pages ($24.99)

"For as long as I can remember, I have been more focused on tomorrow than aware about what I am experiencing at that particular moment."

Holocaust survivor Dita Kraus, whose teenage bravery hiding forbidden books from Auschwitz guards was documented in Antonio Iturbe's 2012 novel "The Librarian of Auschwitz," fills in the rest of the story of her long life in this fascinating memoir written as she neared 90, looking back as a grandmother and great-grandmother.

Born Dita Polach, she has an extraordinary recall of her childhood in Prague, growing up the only child of middle-class parents. (Her father, a Socialist, was a lawyer working for the government.) She had an appendectomy followed by complications in second grade. She remembers feeding ducks at the park, riding a carousel. She recalls playing in her sandbox and being terrified at her first sight of an earthworm and her humiliation that her mother and a neighbor found her terror amusing; she recalls when she first became aware of death when she saw a dead horse by an overturned cart in the road. With the German occupation, the Polachs were forced to leave their apartment. For Dita, the worst blow was being barred from school just as she was to start high school. She was 13 years old when she and her parents were transported first to the Theresienstadt ghetto in Terezin and then, crammed into boxcars, to Auschwitz where her father died a few weeks after their arrival. She documents the hunger, the squalor, the degradation of the camp. Only her height and her lie about her age saved her when prisoners were being sorted by Mengele at Auschwitz; she and her mother were sent to Germany to work clearing rubble and debris after air raids. After the war,  she married Holocaust survivor Otto Kraus and she gave birth to a son before she was quite 18. Otto and Dita then emigrated to Israel where they lived at first on a kibbutz, a fascinating chapter of her life in which she defied gender stereotypes to find work as a cobbler.

Decades later, she still has bad dreams, of the gross indignity of the camp latrines, of an air raid that killed a girl near her own age, "her leg dangling by a piece of skin. " "Sometimes I still feel guilty," she writes, about taking a warm blanket that had belonged to someone killed in the gas chambers.

Don't judge a book by its cover, the saying goes, but in the case of "Dragon Hoops," the marvelous orange textured cover mimicking the feel of an actual basketball offers the perfect representation of the treasure that lies within.

The gifted Gene Luen Yang, a National Book Award finalist for graphic novels "American Born Chinese" and "Boxers & Saints," was teaching high school at Bishop O'Dowd High School in Oakland, Calif., and casting about for an idea for his next graphic novel in 2014 when he heard chatter in the halls about the school's storied boys varsity basketball team, the Dragons, and decided to interview their coach, Lou Richie.  Ten minutes into the conversation, he knew he had his next book. 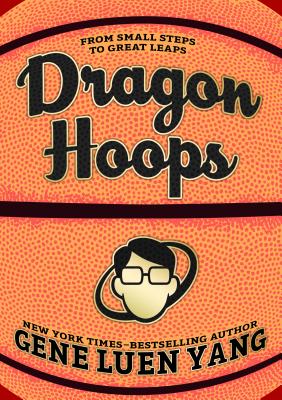 In this ambitious, engrossing, 400-plus page tome, Yang manages to tell the story of the invention of men's and then women's basketball and offer interesting individual profiles of Bishop O'Dowd players and coaches while offering a thrilling play-by-play of the games as the Dragons push to finally win a state championship. Among the Dragons players profiled are soft-spoken 6-foot-10 Ivan Rabb and his best friend, assertive 5-foot-10 Paris Austin;  Arinze Chidom, little brother of basketball standout Oderah Chidom; and Sikh athlete Jeevin Sandhu who faces racist taunts during games and gives his classmates a tutorial on why Gandhi was not such a great guy.

All of this is framed inside Yang's own experience as a busy teacher and father of four kids trying to do the interviews and the research he needs for a compelling graphic novel including attending all the basketball games. Most interesting is how someone who hated sports develops a passion for the game as he goes to the games and gets to know the team. (The prologue, titled "Mr. Yang," opens with: "I've hated sports ever since I was a little kid. Especially basketball.")

There's plenty of drama, in the game action (marvelously displayed on the comic panels using the countdown clock, closeups, action shots), in tough losses, in controversial calls (including "a no bucket offensive goaltending" call that cost the Dragons the state championship in the coach's junior year).