When it comes to enjoying time outdoors with an eye on keeping your social distancing, fishing should be at or near the top of your list – especially here in Western NY where we share world-class fishing on our doorstep. Lake Erie perch is turning on, there are trout in Great Lakes tributaries and the inland opener for trout and salmon is just around the corner on April 1. Read on.

Perch action in the lake is starting to turn on in 50 to 60 feet of water from a variety of locations – off Buffalo, Evangola, Sturgeon Point and Silver Creek, for starters. Minnows on or just off the bottom, according to Roy Letcher of Newfane. Steve Brzuszkiewicz of Marilla hit the water on Tuesday and managed to find 18 jumbo perch in 60-65 feet of water off Evans Bar. He also found fish off Evangola in 62 feet and north of Evangola in 58 feet. Some limit catches were reported. The parking lot of Cattaraugus Creek was nearly full. Sturgeon Point has access issues with the sand bar again. He also caught a nice smallmouth bass that he released. Remember Lake Erie has a special trophy season that is now in place. A few spring run fish are coming in the creeks but in low numbers, reports Danny Colville of Colville Outfitters in Hamburg. It has been mostly a drop back scene or spawning fish. He says the trout action is starting to wind down as suckers are starting to show up. Colville notes that he hasn't seen any "springers" yet (immature 1-1/2-year-old trout chasing bait in the streams), but they should be showing up at the low end of the tributaries soon.

The strong winds last Friday put a tinge of stain into the river system, but it didn’t shut it down entirely. It has improved every day since then. Conditions were near perfect on Tuesday, according to Capt. Chris Cinelli of Grand Island. Pink egg sacs, beads and Kwikfish were all working for him as they targeted steelhead. Lake trout and brown trout are all being caught from both boat and shore, too. Lake trout like big minnows and the Niagara Bar has been a good place to start … if you can get out there. Mike Rzucidlo of Niagara Falls reported 5 feet of visibility this week and was catching trout on both spinners and jigs. Others have drifted egg sacs or beads to hit some steelhead. 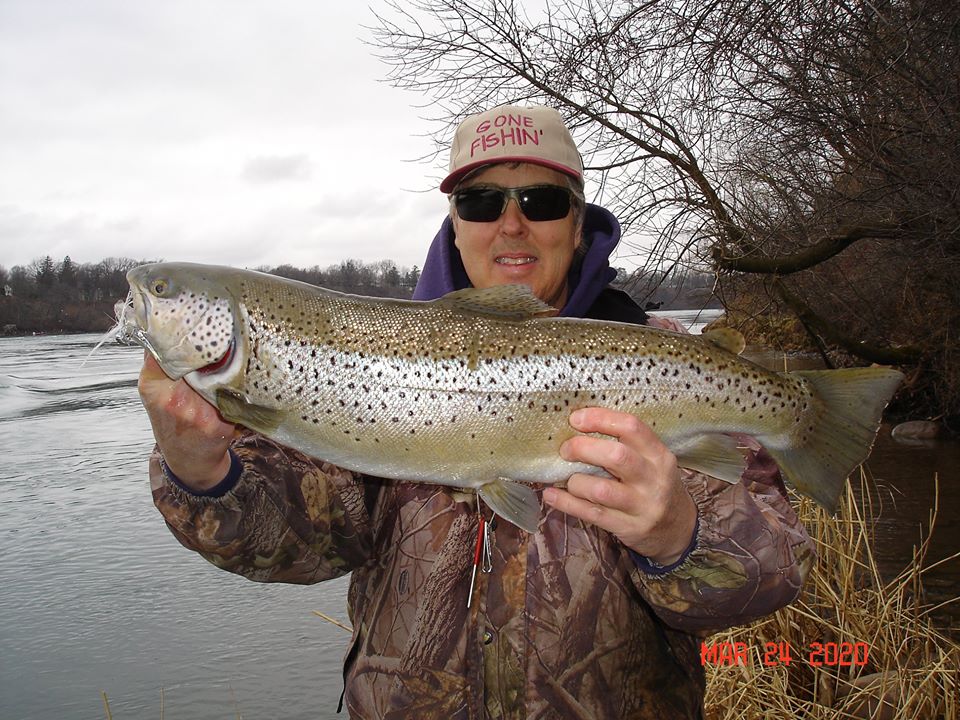 Boats were making it out onto the lake this week to start chasing fish on the big water. State parks have their launch ramps open, as well as the Town of Newfane marina. Jim DeGirolamo of Derby was 4 for 6 on browns at last report, trolling the shoreline with stickbaits. The piers were also producing some brown trout for casters using spoons and spinners. It’s getting near the tail end of the steelhead run into the tributaries, but some steelhead and brown trout are still available. A few suckers are starting to show up. Scott Feltrinelli of Ontario Fly Outfitters has been hitting his first smallmouth bass on the fly this week in the tributaries. In the creeks, Ron Bierstine with Oak Orchard Tackle reports that the creeks have been getting into more steelhead spawning action. The rain on Monday gave the streams a nice shot of water, and it could bring in another round of fresh fish. It looks like most fishing pressure is nearer to the dams and guys are still getting steelhead hookups there. Downstream fast water or in the holes should be good for staging or spawning fish says Bierstine. Guys will need to lighten up in drifts or swings for best chances in the clearer water.

Crappie action was good last week, but there's not too much else to report with some tackle shops being shut down. 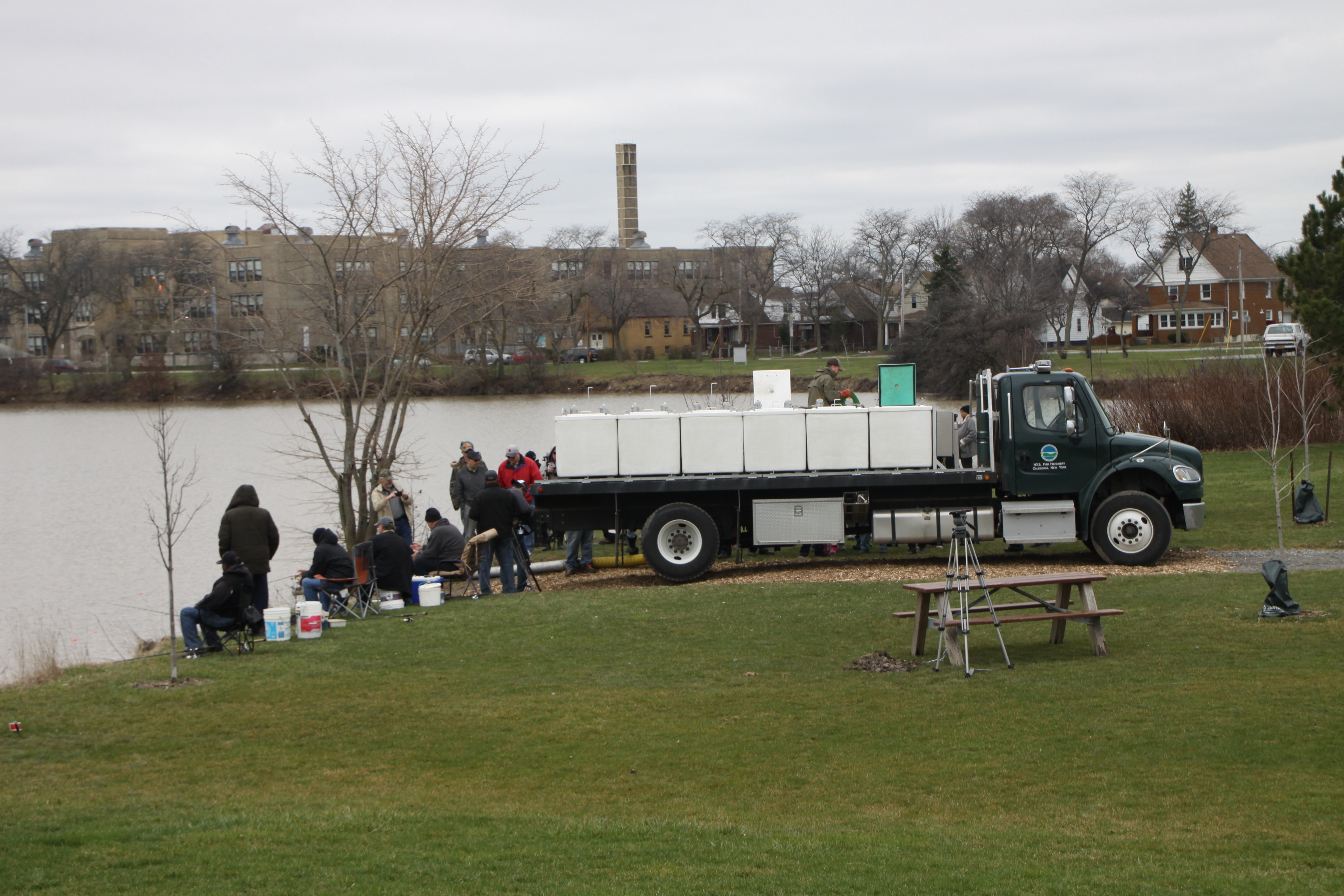 This week’s fish stocking hotline at the Randolph Fish Hatchery announced that fish stocking is being expedited starting this week due to the coronavirus. All streams and lakes will be stocked as quickly as possible to empty the hatchery. Double stocking allotments will be released at some sites. Most fish will be stocked by mid-April. Remember that the inland trout and salmon season opener is April 1. However, Great Lakes tributaries are open all year for rainbow/steelhead and brown trout.