Is it enough to announce that a community's parks and sports equipment is off limits during the Covid-19 pandemic?

Or do cities and towns have to physically remove the equipment to get the message across?

Across the region, officials differ on what's needed to enforce social distancing and prevent the spread of the Covid-19 virus. 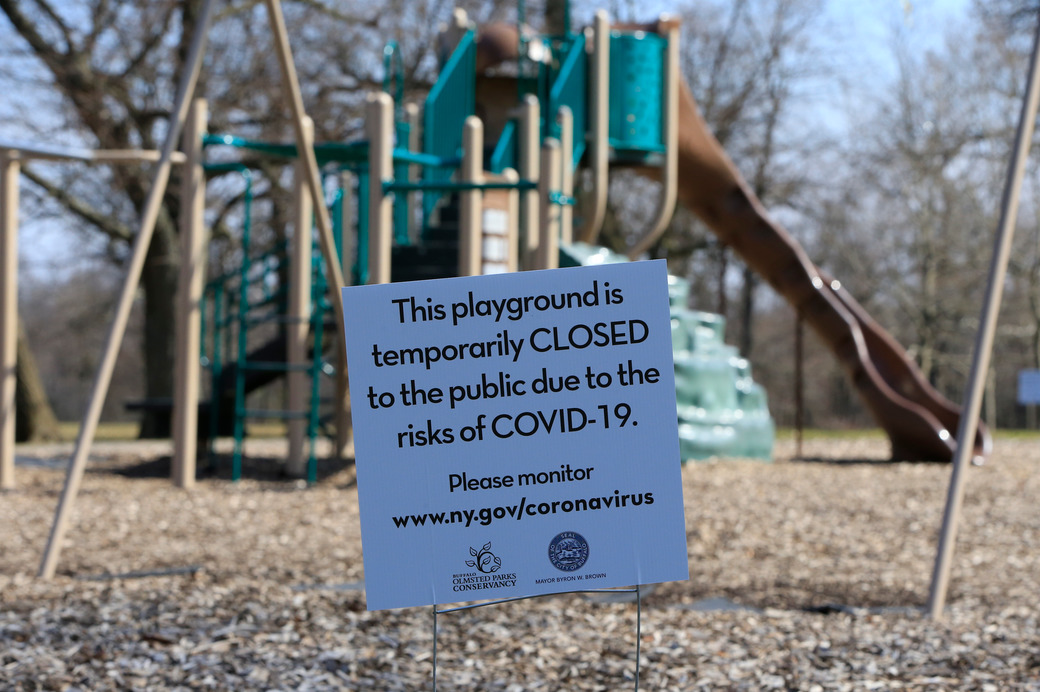 A sign warns that the Delaware Park playground has been closed to reduce the risks of contracting or spreading Covid-19. (Harry Scull Jr./Buffalo News)

"Yesterday we took all the swings off our playgrounds, we took all the basketball rims off the backboards," Orchard Park Supervisor Patrick Keem said Wednesday. "We put signs up that the playgrounds are closed. The parks are open. We put clear signs up that we want people to walk the trails, to practice social distancing for sure. That's what this is all about – keeping people apart."

"Our town residents have been very, very conscious of this," said Mark D. Campanella Sr., Town of Tonawanda parks and recreation superintendent. He said warning signs have been posted and as far as he's concerned, that's enough.

"You're defeating the purpose by having work crews going out and taking equipment down. You're eliminating social distancing," Campanella said. "So far the public has given us no reason to do that. I've got to hand it to our town residents. They're getting this." 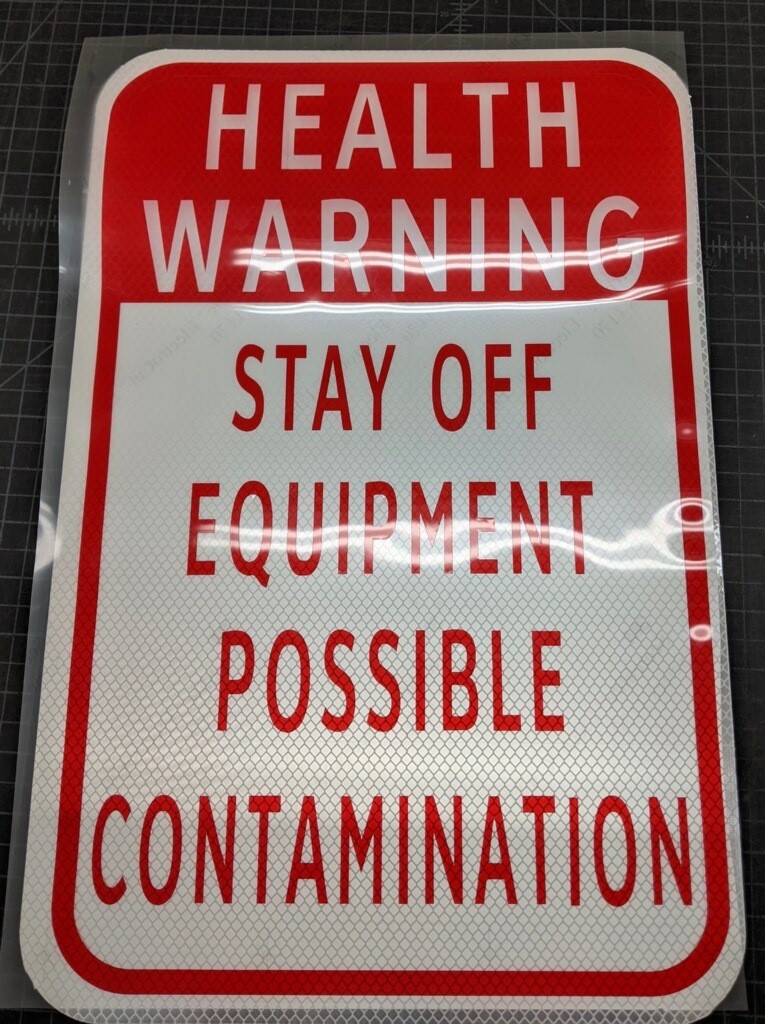 This warning sign is to be posted in Town of Tonawanda parks this week. (Contributed photo)

"Over the weekend they removed the hoops, the rims," city spokesman Michael J. DeGeorge said.

"Some had shirts on, some didn't. They were playing shirts and skins, and all contacting each other," Keem said. "I don't blame people. I was young once, too. ... But if people won't do it voluntarily, I think it's the job of government to step in."

North Tonawanda didn't remove backboards, but Mayor Arthur G. Pappas did order the removal of swing sets from city playgrounds. They were hauled away Monday.

"Any type of equipment is off limits," Pappas said. "The police will be monitoring this as they make their rounds. We're thinking if they're off limits, that's enough."

Pappas said North Tonawanda public schools also have taped off or roped off all school playgrounds.

The same is true in Niagara Falls, where Mayor Robert M. Restaino ordered the removal of various types of sports equipment while ordering closures of everything from the city's indoor ice pavilion to bocce courts.

"The Public Works Department was to go out and remove some of that stuff. The school district has put tape around their playgrounds," Restaino said. "We've done what we can to show the public that these places are closed until further notice."

Pappas said he won't bring back the swing sets until communities receive some guidance from state and federal authorities that it's safe to do so.

"I don't think it's too terrible of a sacrifice at this time to keep others in our community safe," Keem of Orchard Park said. "We took a strong step. It's upset some residents. I've got phone calls, I've got emails complaining, especially about the playground, but at this time, you have to make tough decisions, and I'm willing to make them when asked to do so by higher levels of government."

"At this point, we haven't shut down the parks or the playgrounds," said Martin Denecke, Hamburg recreation director.

But he said he plans to talk to the Town Board and the Buildings and Ground Department about changing that.

"I have received some information that the virus can live on the equipment," Denecke said.

The Town of Tonawanda's signs warn of possible contamination from the equipment.

"I'm not an expert on viruses," Campanella said. But he said it's in the public's best interest to be proactive, "especially on a serious matter such as this."

"What we haven't seen in our parks is crowds of people like you're seeing on TV in other situations," Campanella said. "What I've been seeing in our town parks and on our rails-to-trails is families using social distancing, spending quality time with their children. There's nobody congregating, having conversation."