So let me suggest the world of podcasts. My morning routine usually includes listening to a few news podcasts to get me ready for the day, but I've been using this coronavacation to catch up on other podcasts that are still slightly newsy, but more that are storylike or conversational. If you're an avid listener in the market for some new pods, or someone new to the idea, here are five podcasts to distract you from Covid-19.

"It's Been a Minute" with Sam Sanders

This twice-a-week podcast from NPR is perfect for listeners who want to keep a loose following of the week's news and gain a deeper understanding of the arts and pop culture. On Tuesdays, host Sam Sanders typically sits down with a guest (usually an author, musician or actor) to discuss their latest project and their personal history. Fridays are for weekly wrapups, where Sanders invites two fellow journalists to discuss the biggest news of the week in a fun, digestible fashion. Sanders is jovial, boasting a Southern lilt that will have you relaxed and hooked in no time. Average runtime: 30 minutes.

"Bodega Boys" is the perfect podcast to throw on in the background while you're cleaning or cooking, or if you just want to crack open some beers and laugh uncontrollably. Comedic duo Desus Nice and The Kid Mero riff on whatever is happening in the realms of news, pop culture and politics. (Be warned, however, the duo is akin to Howard Stern and can get into some crude, inappropriate topics). What makes this podcast so enjoyable is that the duo is unapologetically the Bronx; their slang, anecdotes and inside jokes are off the cuff, like a conversation between friends you might hear on neighborhood stoops throughout the borough. Average runtime: 2 hours 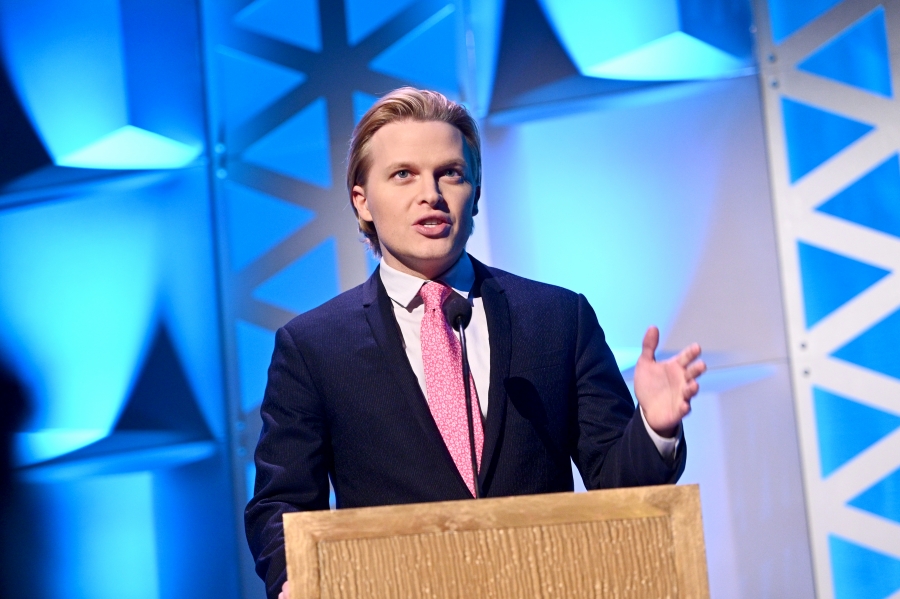 Ronan Farrow takes listeners through his two-year investigation into Harvey Weinstein in his "Catch and Kill" podcast. (Getty Images)

The "Catch and Kill" podcast with Ronan Farrow

If you followed the Harvey Weinstein trial, you're probably familiar with Ronan Farrow's work. Two years ago he released what would become Pulitzer Prize-winning reporting in the New Yorker outlining the movie mogul's history of sexual assault. The "Catch and Kill" podcast gives listeners a seat on the couch as Farrow talks with whistleblowing sources, journalists and a foreign spy as he discusses his two-year investigation that led to Weinstein's recent conviction. The podcast is complementary to Farrow's book "Catch and Kill" but you don't need to have read it to enjoy this thrilling pod.  Average runtime: 45 minutes

My favorite podcast returns March 26 just in time to save us from work-from-home hell. Featuring Wesley Morris and Jenna Wortham, two cultural critics at the New York Times, "Still Processing" is a brilliant exploration of TV, film, music, art and the internet as it relates to race and our society. The duo's conversations are pensive yet conversational, often correlating two or more disparate things to make commentary as it relates to a larger cultural issue or happening. Perhaps what I love most about the pod is that Wortham and Morris offer listeners digestible bits of information they could bring up at a dinner party (if we ever get to do those again) and continue the conversation with friends. Average runtime: 45 minutes

In this weekly pod from Vox, musicologist Nate Sloan and songwriter Charlie Harding break down famous pop hits and explain how they became so ingrained into our culture. They also examine the life cycle of different musical genres to explain why emo music, for instance, is in the midst of a renaissance. It's intriguing to learn the science behind what makes a pop song a hit, and the structures and patterns of pop songs that we, unknowingly, have become accustomed to and now subliminally seek out in our tunes. You may be surprised at the songs you start listening to after a few episodes. Average runtime: 40 minutes