Emily Regan began to cry during an interview last week when contemplating the possible postponement of the 2020 Olympic Games.

On Tuesday, after the Tokyo Olympics were delayed until 2021 because of the ballooning coronavirus crisis, the Buffalo native and Olympic gold medal-winning rower embraced an entirely different emotion: Relief.

“I think this final decision is actually relieving in a way, to have certainty about what’s going to happen,” Regan said. “The initial aspects of dealing with the uncertainty were the hardest part, so almost, in a way, this feels easier than how I was feeling a week ago.

“It’s the right thing to do for the health of everyone around the world and the athletes who are trying to compete, and I think that ultimately, when the Olympics happen next year, it’s going to be an even bigger celebration of everyone’s achievements and the hard work that’s gone into it, because of what we’re going through right now.”

Japan Prime Minister Shinzo Abe and International Olympic Committee president Thomas Bach on Tuesday issued a joint announcement postponing the Tokyo Olympics by about a year, stopping short of setting a definitive date, “to safeguard the health of the athletes, everybody involved in the Olympic Games and the international community.” The opening ceremony had been scheduled for July 24.

The World Health Organization consulted with the Japanese government and IOC on Tuesday about the accelerating pandemic, according to the statement. There are more than 414,000 confirmed cases of Covid-19 worldwide, resulting in more than 18,500 deaths, according to Johns Hopkins University’s coronavirus resource center.

The United States has more than 51,500 confirmed cases, third most behind China and Italy, resulting in 675 deaths.

New York State, fueled by the population density of New York City, has become the American epicenter of the outbreak, with more than 25,000 confirmed cases and 210 deaths. New cases of coronavirus infection are doubling every three days in New York State, Gov. Andrew Cuomo said.

Erie County surpassed 100 known cases of Covid-19 on Tuesday, though that number is likely depressed because of a lack of available materials to test for the illness. The age group most affected has been 30- to 39-year-olds, according to the Erie County Health Department, with most, if not all, of the recent cases transmitted by community spread. A nursing home resident in Wyoming County is believed to be the first known Covid-19 death in Western New York. An unidentified woman in her 80s became the first confirmed death in Erie County due to coronavirus on Tuesday.

“There will be a time to talk about the Olympics, but the focus now needs to be on how we can come together as a country and world to protect each other, ourselves and beat this virus,” Jenn Suhr, a 38-year-old Olympic gold and silver medalist in women’s pole vault and Fredonia native, told The News through Facebook Messenger.

Suhr’s coach and husband, Rick Suhr, posted: “Yes it’s a heartbreaker and it’s tough but we are all in for a lot tougher battles here. Medically and economically. As important as the Olympics may be, bigger challenges are ahead. There will be hardship and sadness ahead. Our priorities are to stay safe, make sure our elderly neighbors have what they need, follow our great [country’s] guidelines to help as much as we can. We have stayed quiet about the Olympics for it’s not where the fight is right now. The battle is everyone’s safety and helping as we can.” 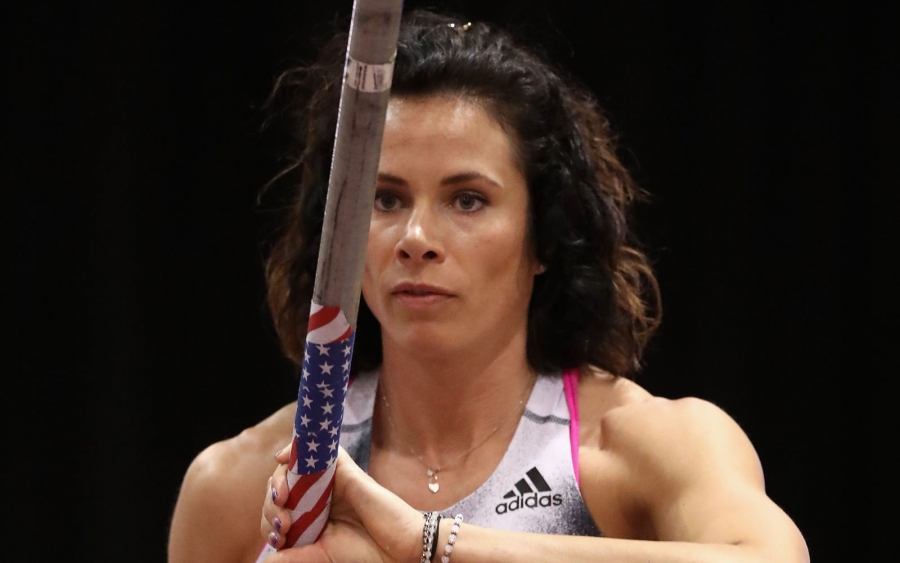 Matt Anderson, 32, a Buffalo native, West Seneca West graduate and Olympic bronze medalist in men’s volleyball, remains quarantined in Indiana with his fiancée and newborn son after returning earlier this month from northern Italy, where he played professionally before the country went into total lockdown.

“As much as I would have wanted it to be this summer,” Anderson said, “because we worked hard for four years and qualified and everything leading up to the Olympics, and I made big decisions in my pro contracts about it, it doesn’t really change the task at hand, which is to prepare for us to win a gold medal. So we are going to start training as soon as we can. We don’t know when that will be. With Team USA, it could be in three weeks, it could be in two months. We don’t really know that as this virus progresses.”

Anderson’s wedding, originally planned with the conclusion of the Olympics in mind, remains scheduled for August.

“My coach has given me confirmation that I will be able to be at my wedding,” Anderson said, “so I’m happy about that.”

Anita Alvarez, 23, an artistic (synchronized) swimmer and Kenmore West graduate who had yet to qualify for the Summer Games, last week texted from California that a shelter in place order was preventing Team USA from training in a pool, but at the time remained hopeful the games would continue as scheduled.

“I’m still taking time to process everything,” Alvarez texted Tuesday. “I had already thought about the possibility of the games getting canceled or postponed a few weeks back when everything began to escalate, thinking I was preparing myself for the worst, but it definitely hits different now that it’s real.

“I agree with the decision the IOC made. It’s important that we take a step back from what is thought to be ‘the most important thing in the world’ to many athletes this year and look at the bigger picture. We need to take care of our communities and each other during this difficult time.

“It is a big change for many of us, yes, but there are tons of positives we can take from this situation to keep working and fighting to prepare for Tokyo in 2021. I feel it will be a very unique and special Olympic Games. It will create a whole new level of unity within the world of sports and the Olympic spirit. I think it will be a beautiful thing to (hopefully) be apart of and for others to witness.”

On Friday, USA Swimming urged the U.S. Olympic and Paralympic Committee to call for the Olympic Games to be postponed.

Regan, 31, a Nichols School graduate, has been training on a rowing machine in her apartment in Princeton, N.J., since the state’s lockdown Saturday.

Initially overwhelmed, she’s been trying to recalibrate and focus on the positives, including the opportunity to try to continue to set a personal record she has been striving to achieve the last three years, another year to prioritize her health and fitness, and the sense that “we’re fighters and we’re going to make it through this as a country and as a bigger, global community.”