A 1962 ad proclaimed, “The best thing that ever happened to food in the Buffalo area are the two Carrols drive-ins.” 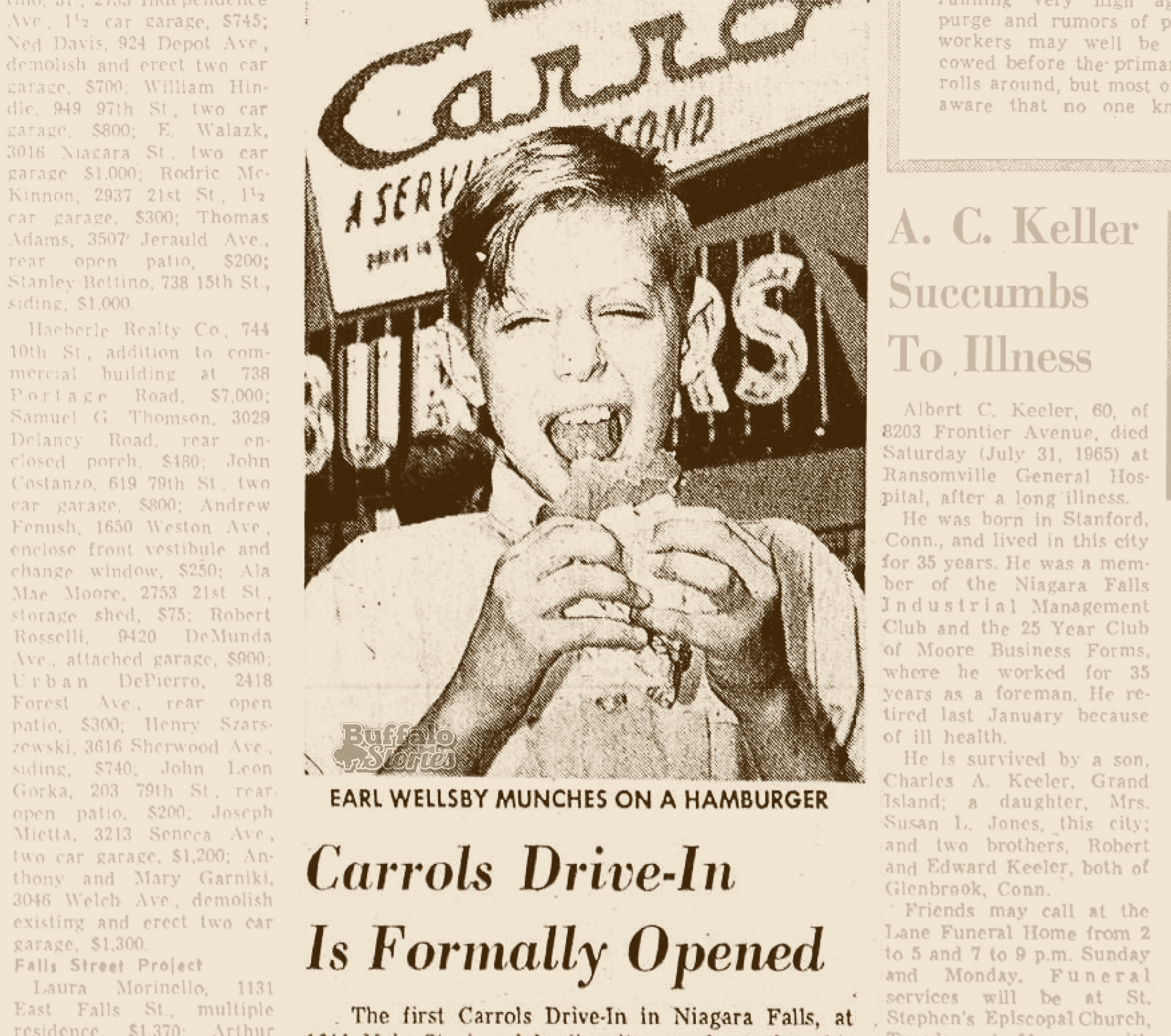 The first Carrols Drive-In opened in the current Sherwin-Williams store on Sheridan Drive at Parkhurst in 1962. Later the same year, another opened on Main Street in Williamsville on the spot currently occupied by Wendy’s near Union Road.

That first summer, hamburgers were 15 cents, shakes were 20 cents.

A Walden Avenue location – now a Tim Hortons near Harlem Road in Cheektowaga – was added in 1964, and when a red, white, and blue faced Carrols opened in the North End Shopping Plaza on Main Street in Niagara Falls between Michigan and Lockport in 1965, it was the 36th location in New York State. 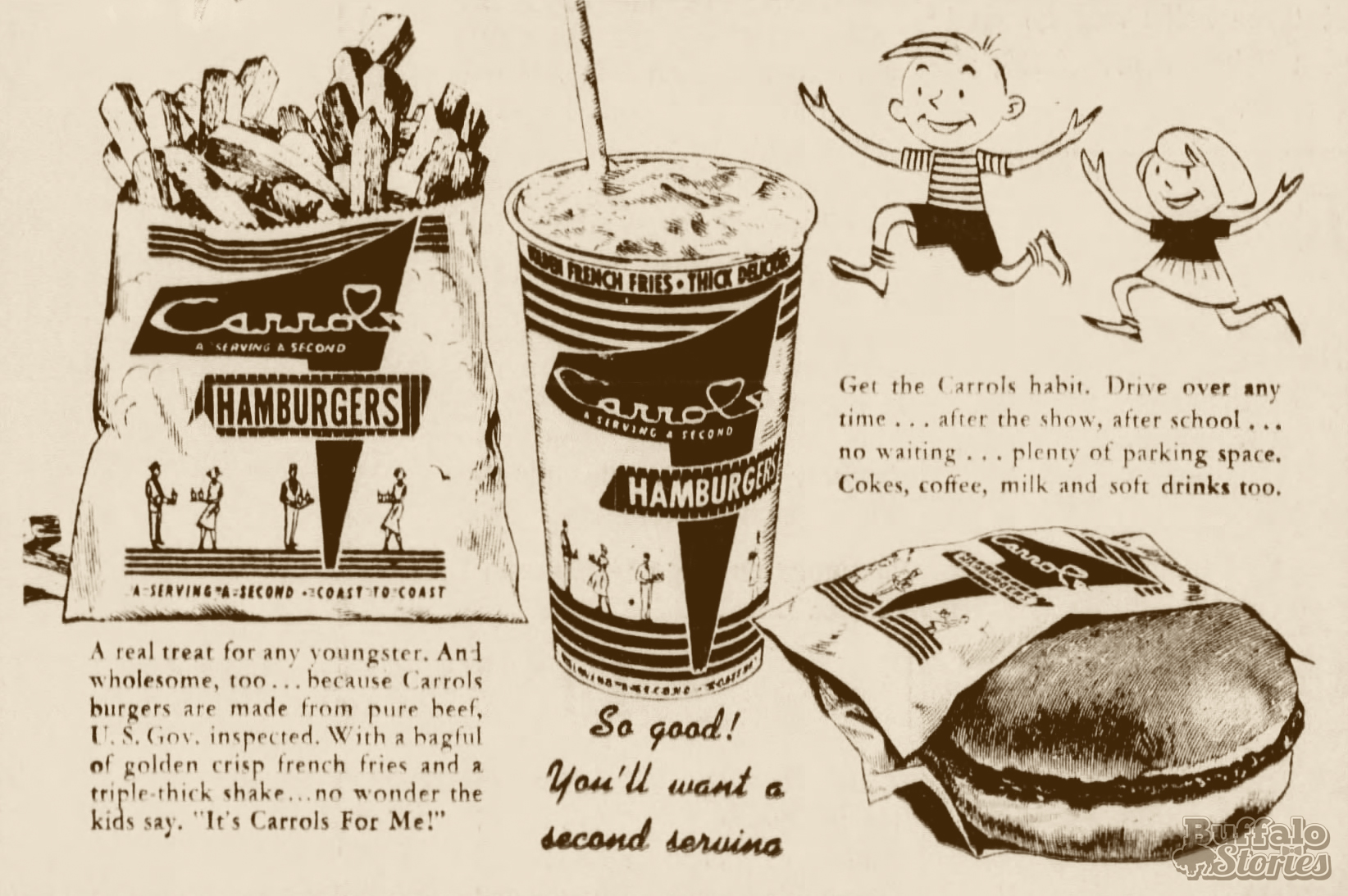 The Carrols Drive-In brand disappeared from the Western New York burger landscape in 1975, when those restaurants were either closed or transitioned into Burger King locations. With nearly 600 Burger King restaurants, Syracuse-based Carrols is now one of the world’s leading fast-food franchise owners.

This video is made of various newspaper clippings and a digitized copy of an original early 1970s Carrols’ radio ad on reel-to-reel tape from the collection of longtime Buffalo radio engineer Ben Bass. He died in 2014, and a large part of his collection was acquired for the Buffalo Stories archives.