A phone call over the weekend to a school union leader from a concerned teacher trying to help a friend led to an effort that sent 1,400 school goggles and other medical equipment to Erie County Medical Center Monday.

"I would never have thought about this if it wasn’t for this teacher calling me concerned about her friend who is an emergency room nurse," said Joe Cantafio, president of the West Seneca Teacher's Association. "In 48 hours, we were able to get stuff to help those on the front lines."

He's hoping other schools and districts can do the same.

Cantafio said Audrey Sullivan, a social studies teacher at West Seneca West High School, called him, asking if anyone could get into the school. It wasn't that she needed more supplies. She thought there could be some supplies from science rooms that could help her friend, who is a nurse. Hospitals are running low on masks, gowns and and other protective equipment.

"We have school buildings full of this stuff," said Cantafio, who also is a West Seneca Town Board member.

He contacted West Seneca Schools Superintendent Matthew Bystrak and ECMC, and they got the effort in motion.

They contributed more than 1,400 goggles, a handful of N95 masks, hundreds of gloves, dozens of gowns and thousands of sanitizing wipes, as well as unused overhead transparencies that can be made into face shields. West Seneca police delivered the equipment to ECMC.

"That was just from our district. If everyone did that, I think it would be great," Cantafio said.

He said he is getting the details out to area superintendents and New York State United Teachers as well as state union leadership in Albany.

"They're the ones out here on the front lines and they don't even have protective equipment," Cantafio said of health care workers. 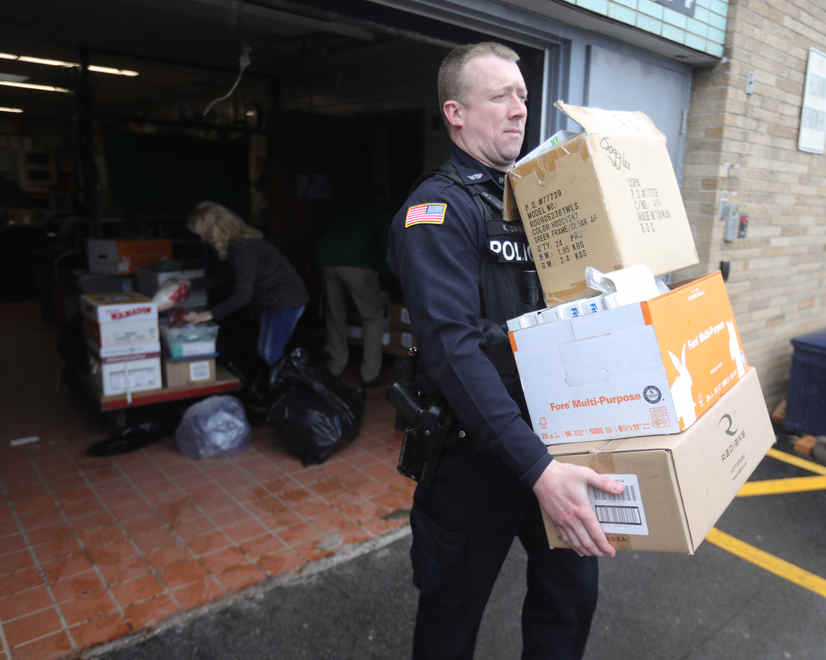