An Erie County Court jury convicted a man in a domestic abuse case in which a woman and her son were whipped, burned, cut, strangled and tortured in a Buffalo apartment over a 10-month period, according to the Erie County District Attorney's Office. 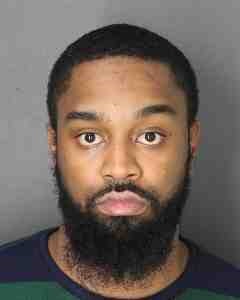 Kaiden Haynes, 28, was convicted Friday of 11 felonies and three misdemeanors, the entire slate of charges on which he was indicted. The jury rendered its verdict after six hours of deliberating at the end of a two-week trial, prosecutors said.

"This is one of the most egregious cases of abuse that has been prosecuted by my office," District Attorney John J. Flynn said in a statement. "The victim and her son suffered unspeakable violence at the hands of this defendant."

Haynes used various household objects to injure the victims, prosecutors said, and forced the woman and boy to hit each other.

Haynes is scheduled to be sentenced as a two-time violent offender on May 27.

For information about Child and Family Services' Haven House, go to cfsbny.org/programs/haven-house/.