I own an event and advertising company. This means that bad news has been coming my way in buckets, not trickles. How do you call a health care company to see if they want to sponsor a nurses’ event in May when they are holding a forehead thermometer in one hand and a jug of hand sanitizer in the other?

What do you say to a potential advertiser who just laid off his kitchen staff?

I can hit a bar, but my shot of Fireball will be in a plastic cup handed out through the drive-thru. “Want nachos with your boilermaker, sir?”

I used to be able to bury myself in a book as an escape, but that ended when the library system got shuttered this week. What would Ben Franklin’s crystal ball show him back in 1731, when his first book was borrowed: “Virus shuts libraries, public up in arms over dearth of toilet paper.”

So, when the going gets tough, the tough goes shopping? I think not.

It’s time to visit the one living being that could care less about shrinking IRAs, expanding business closings and social distancing rules, the granddog. 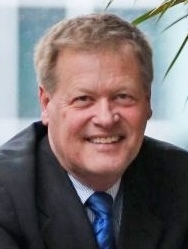 My car can’t visit a restaurant or a blues bar, but can buzz me to my son and daughter-in-law's place to grab a leash, a couple of treats and hit the nearest park.

Leo’s the name and this little distraction turns out to be the best elixir for the latest wave of restrictions, the ascent of locusts, or will it be the elimination of a political primary for New York State?

Grab his trusty tether and he literally spins in circles, eager to hit the dusty trail. Before I can say “flatten the curve,” we’re off to sniff every light post, chase every squirrel, and ferret out that stray bone that may have flitted off the mitts of some wing-lover from a long-ago stroll.

My furry therapist pulls me in the direction of a downed tree, trusting that I am as agile as he, sending me tripping over branches that he navigates like Magellan. I don’t know what the attraction of dead wood is, but this old oak is like a game of Pac Man for Leo.

Every park is a candy store to a canine. If it isn’t a mallard family on the wing, the pursuing dog oblivious to the attendant being dragged into inches of stagnant water, then it’s the aforementioned squirrel, sending its predator into a tizzy as it easily escapes the toothy granddog with a deft scramble up the nearest tree.

I have no idea why the same mammal that can hear a whistle that I cannot hasn’t connected that Bullwinkle’s little buddy has a talent for climbing that no dog will ever master.

Then there are the other dog walkers who ignore the park’s leash law. I always thought that dogs think us humans are just big dogs, but this theory is out the window when the bull mastiff happens by, ignores me but lunges at Leo, insisting that this 14-pound cavapoo would make the perfect play partner. Maybe more like a midday snack?

For the most part, these little bumps in the road during our day of distraction are a walk in the park compared to sitting through another government news conference hearing the words “self-quarantine.”

Just 14,283 steps later (yes, the smartphone ticks each stride for us), we head for home and Leo’s awaiting nap. I’ve burned through “198 kcals” and I ponder if his four legs mean I divide by two or multiply by two to get his health stats.

I guess it doesn’t matter, he’s happy, and I’ve just found an antidote for the coronavirus, at least in my mind.