On the afternoon of Feb. 8, 1978, as blizzard conditions blanketed Buffalo with snow, police were called to a small West Side cottage.

A trail of blood drops led to the snow-covered yard outside. Inside, detectives found the body of 19-year-old Linda Tschari.

Now, 42 years later, thanks to DNA analysis, Buffalo police have made an arrest in the cold case.

According to police and prosecutors, Sauberan's DNA matched evidence found at the scene decades ago. 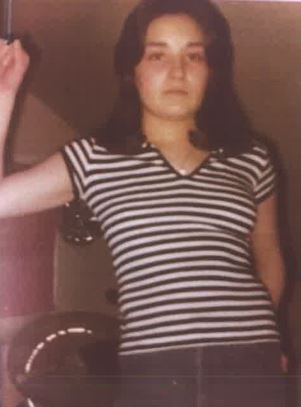 Sauberan, 60, was arrested in Oregon in 2008 and had to submit a DNA sample because of that arrest, Erie County District Attorney John J. Flynn said.

Sauberan was living in Buffalo – in the area of Elmwood and Bird avenues – at the time of the homicide, Flynn said. In addition to Buffalo and Oregon, he also has lived in Georgia and Florida. Flynn described him as a “drifter.”

As of now, Flynn said it does not appear that Sauberan was either an ex-boyfriend or even an acquaintance of Tschari. “Right now, I have no reason to believe that he knew her at all,” he said.

A break in the case came last year, after scientific guidelines and methods regarding DNA changed, Flynn said. A sample taken from the scene in 1978 was uploaded to a national database and a match was found. The Buffalo Police Department's Cold Case Unit has been working the case for about six months, he said.

“Blood found at the scene was uploaded into this national database now, recently, because of new scientific rules and methods, and we got a hit from the Oregon arrest,” the district attorney said.

Sauberan was arrested March 6 at his apartment on Clinton Street, Flynn said. He was incarcerated in Oregon until 2010, and authorities aren't sure when Sauberan came back to live in Buffalo.

History of a cold case

Tschari's body was found in the carriage house behind 11 Pooley Place, which runs off Grant Street just south of Forest Avenue. She suffered multiple stab wounds to multiple areas of her body, Flynn said.

She was found by her brother after family members became concerned they hadn't seen or heard from her that day, police said at the time. She lived in a cottage behind a larger home, where her mother and brother lived, Flynn said. She received mail at their house, and that day she had not come to collect it. 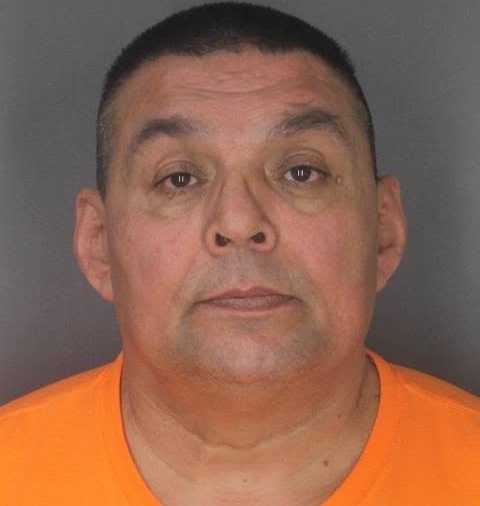 Police arrived at about 2:30 or 3 p.m. Tschari had been surprised and stabbed to death in her bed, detectives said at the time.

They identified the young woman as a 1975 Lafayette High School graduate who had worked at a bank and at Buffalo General Hospital, and who had just days earlier begun studying at a school for bartenders.

Tschari had talked on the telephone with a boyfriend for a long time, past midnight, on the night before she was killed, police said at the time.

The trail of blood ended on Pooley Place, where a witness saw a man getting into a car around the time of the slaying.

Police released a composite sketch of the man seen getting into the car. The case was adopted by the Buffalo Crimestoppers program, and a $1,000 reward was posted for information leading to arrest, but the trail quickly grew cold.

Police theorized that the killer had cut his own hand while stabbing and slashing at his victim. For weeks after the murder, local hospitals and medical offices were on alert for anyone seeking treatment for a suspicious knife wound.

Tschari and her father, Eisen Tschari, had been getting ready to travel to Russia for a reunion with Eisen Tschari’s family – most of whom Linda had never met.

Eisen Tschari told Buffalo News reporter David Shribman that he and his daughter had been saving money for months to make the trip. Family friends told The News that the murder so upset Eisen Tschari that he could not eat for a time.

Sauberan has been in custody at the Erie County Holding Center since March 6, according to the Erie County Sheriff's Office. He pleaded not guilty that day in Buffalo City Court and was ordered held without bail by City Court Judge Betty Calvo-Torres. He was arraigned Thursday before State Supreme Court Justice Russell P. Buscaglia. Sauberan is being represented by defense attorney Paul Dell, while the case is being prosecuted by Assistant District Attorney Ashley M. Morgan.

Flynn credited the work of Buffalo Police Detectives Mary C. Evans and John G. Paradowski, adding that he hopes this serves as a step to bring Tschari’s family justice.

“I’m just obviously extremely happy that we were able to make an arrest,” he said.

Dennis J. Richards, the Buffalo Police Department's chief of detectives, credited the work of Evans and Paradowski, as well as a long line of detectives who played a role in investigating the case over the years.

This case was exactly the kind envisioned when Mayor Byron W. Brown directed the department to form a permanent cold case squad in 2006, he said.

"Detectives in the late '70s could not have imagined what the future would hold in the world of forensics and DNA," Richards said, "but with a great amount of persistence from an awful lot of people, an arrest has been made and the next chapter begins in the prosecution of the person we believe responsible for Linda Tschari's death."