Jimmy Butera's family has been committed to Hamburg since the 1940s, so when his community is in a time of crisis, he feels a sense of duty to act.

The co-owner of Butera's Craft Beer & Craft Pizza in the Village of Hamburg approached Tom Moses, the village mayor, on Sunday with an idea to stimulate restaurant business when closures, due to the expected spread of COVID-19, seemed imminent.

Butera suggested a parking ordinance where sections of Main and Buffalo streets would be closed off to parking with the exception of customers ordering takeout from a village small business.

Moses was encouraging and pushed the plan forward, but first suggested Butera reach an agreement with the other eateries along the commercial stretch. The businesses quickly organized an in-person meeting for noon Monday.

To Butera's delight, representatives from each of the 20 businesses near Main and Buffalo streets showed up and worked together, with the mayor present, to determine parking logistics and plan a news conference to announce the plan of roughly 25 parking spots on the two main streets.

"It was just overwhelming support from all of the (other businesses)," Butera said, choking up. "They took time away from their own restaurants — on the day when we had to close our (dining rooms) at 8 p.m. — to game plan. It was great."

[Related: Learn more about the Butera family history in Hamburg] 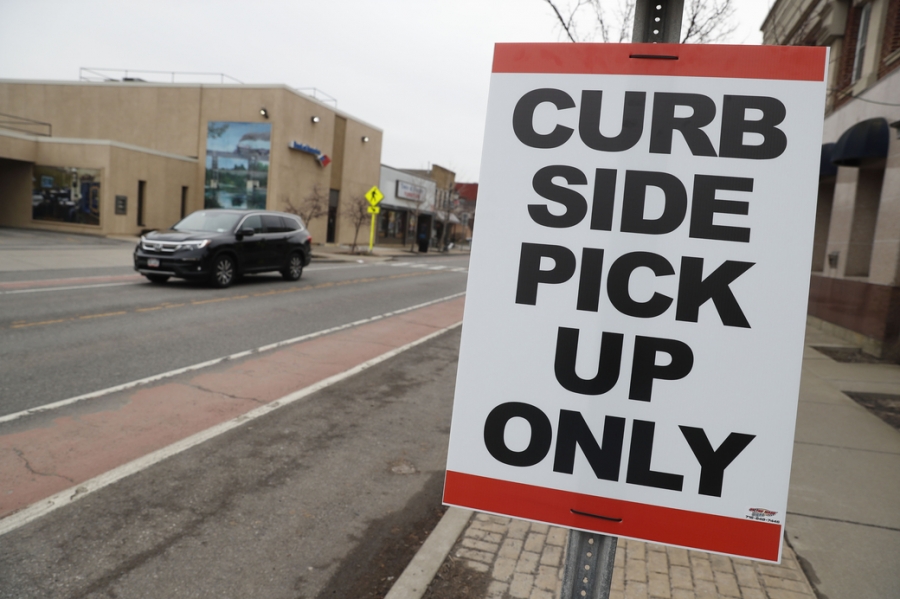 A sign designated curbside parking for restaurant takeout in the Village of Hamburg. (Robert Kirkham/Buffalo News)

The initial response from Village of Hamburg residents, and some beyond, has been meaningful to Butera and his employees.

"The staff has been overwhelmed with emotion, just from the graciousness that customers have been sharing with us," said Butera, who owns the restaurant-bar with his wife, Lindsey. "It's been humbling to share such a positive response."

The spirit of togetherness has carried to his staff, which numbers more than 40, with several student employees — many who still live with their parents — selflessly scaling back their hours so Butera's workers who live paycheck to paycheck, which includes single mothers and parents supporting large families, can stay afloat during the economic downturn.

"The whole street was filled with cars pulling up, popping their trunks, receiving their orders without any contact, then quickly pulling away," Rowell said. "The revenue we were able to bring in was game-changing. We hope it can be sustained."

[Related: Grange's grilled cheese stands out among area's best | 2017 review of the Grange]

"The story to be told is about our community working through hurdles to help us (adjust) to what's going on in the world right now," Butera said. "We want to see the whole community of restaurants survive this."

"I cannot say enough about how much the village has helped local businesses since the start of the pandemic," Rowell echoed.

Butera reinforced, however, this initiative is not about Butera's or the restaurants participating, but to support a community of eaters that relies on local businesses. "There are people who've gone to grocery stores and found empty shelves, and others who aren't able to stand in line for hours," he said.

The action can be followed on any social media platform by searching #HamburgCurbside.