With promises to “clean house” in Washington, the 1948 presidential campaign of Thomas Dewey roared into Buffalo’s Central Terminal.

Between 10,000 and 12,000 people packed the area in and around the East Side landmark to hear the address of the Republican nominee who was facing President Harry Truman in the general election.

“Six years ago when I went to Albany, I said that the accumulation of cobwebs there had to be cleaned out. Well, the cobwebs in Washington are four times as thick as they were in Albany. We must make sense out of chaos and bring a new feeling of confidence in our government on the part of our people," said the governor in Buffalo.

Dewey’s Buffalo polling numbers were the weakest in New York State, but still, he said Buffalo and the New York Central Terminal in particular felt like home.

"Many times I've been in this railroad station. I used to stop off here quite often and (Erie County Republican Chairman) Ed Jaeckle and I would sit in the restaurant and have wheat cakes. It's wonderful to see such a turnout and receive such a nice greeting here. But it's typical of Buffalo — every time I have come to Buffalo, I have had a warm, wonderful welcome.” 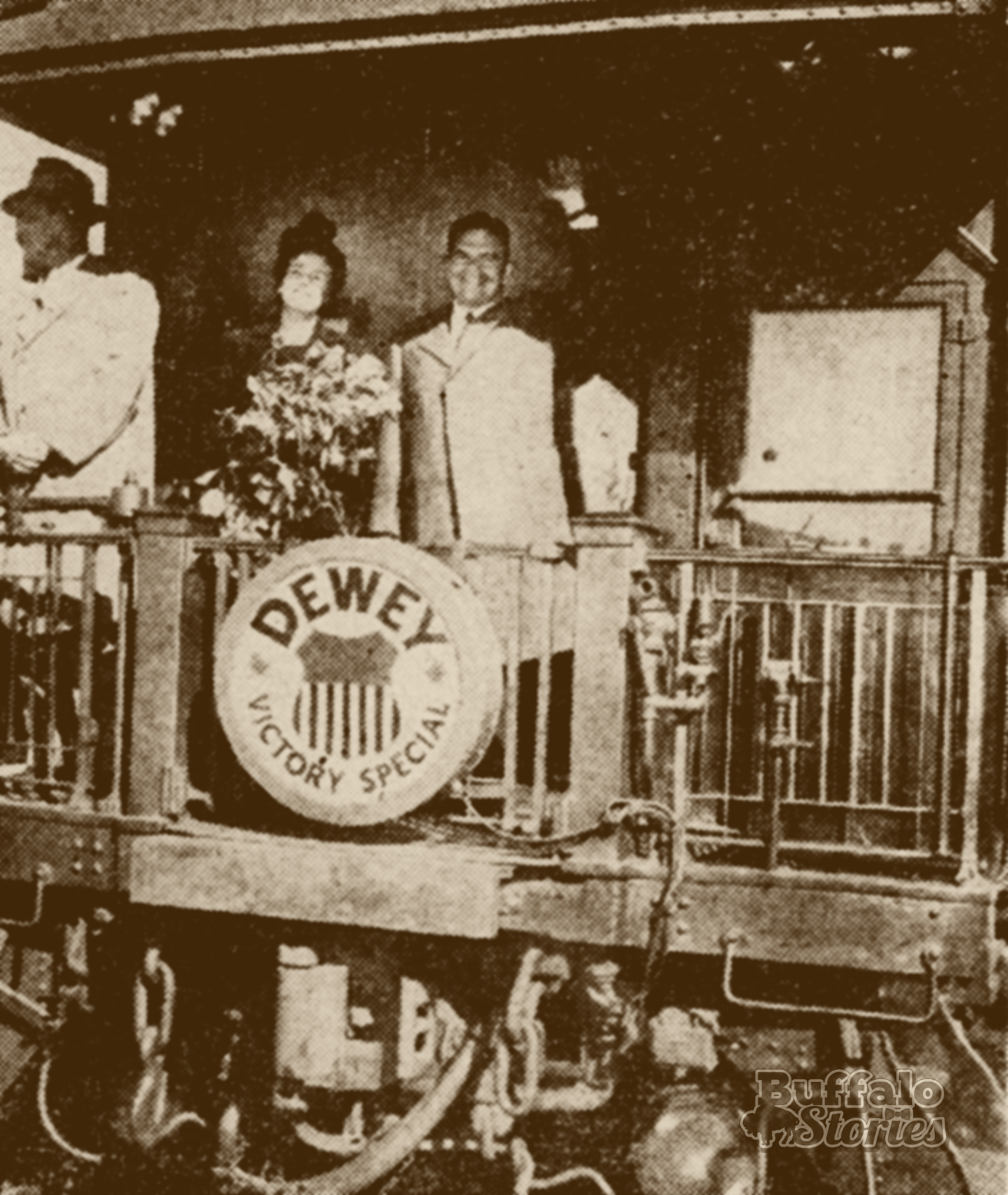 The 16-car “Dewey Victory Special” train roared across New York State in a single day, with stops in Buffalo, Rochester and Syracuse — where a young boy flung an overripe tomato at the Republican governor, just missing him but splattering on the train.

When the tomato made a thud, Dewey said, “What was that? We have enough flowers up here,” pointed at the bouquet presented to his wife and ignoring the cry of the boy who tossed it.

“Even a tomato hurled in his direction from the crowd below failed to put a dent in Dewey's undeniable optimism,” reported the Post Standard that day.