President Trump’s about-face Monday to finally admit the coronavirus is a crisis and may continue to be here through the summer also unintentionally did something that must have really been tough for him: It made the media he loves to hate look very good.

The local and national TV media have done a very good job covering the impact of the virus in Western New York and nationally while the president and allies tried to downplay it for weeks.

The virus has hit home for TV news, too.

On Monday’s edition of “Today,” anchors Savannah Guthrie and Hoda Kotb noted that they were sitting farther apart than usual as an example of social distancing. They added that meteorologist Al Roker and news anchor Craig Melvin were off as a precaution because a staff member of the show’s third hour tested positive for the virus and they may have had contact with the staffer.

On Tuesday morning, Roker did the weather from his home via an iPad and a computer.

The idea that the media was pushing a scare story was nonsensical since all it was doing over the last few weeks was its job of reporting what scientists were saying, doing and predicting.

Is the situation scary? Heck, yes. 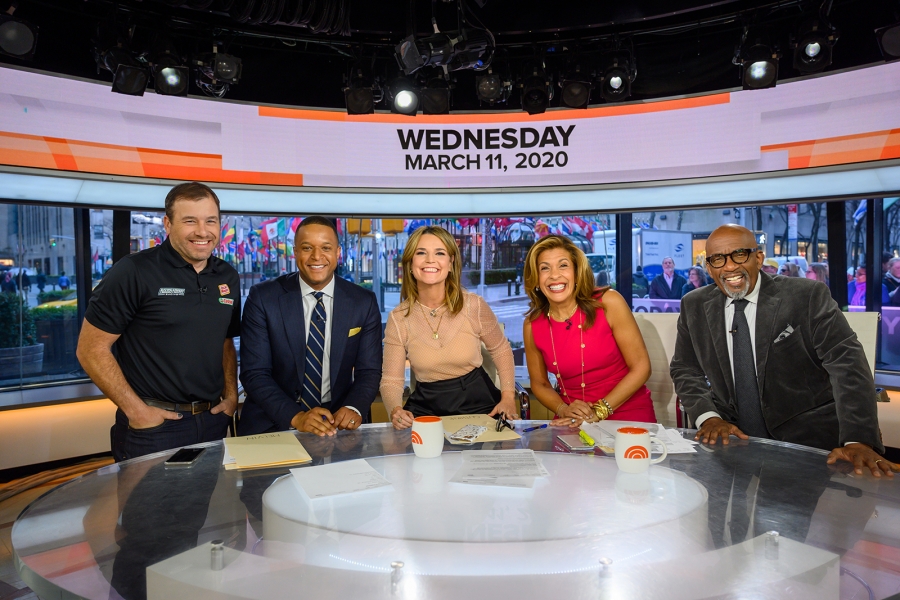 The magnitude and cumulative effect of the coverage no doubt adds to the fears even as WGRZ-TV (Channel 2) runs a slogan “Facts Not Fear” and other stations and networks have done pretty much the same thing.

But TV news hasn’t been telling people to be scared. TV news has been providing time to answer viewers' questions in a calm manner designed to avoid panic.

However, some of the facts government scientists were giving to the media illustrated the situation could be dangerous despite contradictory messages for weeks from the president and his supporters at Fox News.

It hasn’t been an easy message for some people to receive. A day doesn’t go by that someone I have had contact with in the last few weeks has said that the coronavirus is just the flu, the media has been overselling it and it will be gone in a week.

I usually respond by saying “Tell that to Italy, France and Spain.”

The media has had no hidden agenda beyond reporting what it has been told by scientists. It was irrational to suggest the media was trying to hurt the president’s re-election campaign by crashing the stock market.

Even when the president’s statements might have been doing just that to the market, reporters generally left it for the partisan pundits on both sides to assess the impact of the president’s decisions.

When the president finally acknowledged in a somber tone Monday the situation was very bad, several TV news reporters and pundits properly gave him credit for his change in tone and acknowledgement of facts while rightly noting his past positions of saying the virus was under control.

Reporters haven’t been perfect covering the crisis. They could have done a better job at Friday’s news conference when their colleagues' follow-up questions to the president were ignored, presumably because he felt they were too nasty.

On one laudable occasion, a reporter smartly asked a colleague’s ignored follow-up. I wish there had been more of that.

The crisis was an opportunity for Trump to showcase his leadership skills at a time that many governors and local officials, including Gov. Andrew Cuomo and Erie County Executive Mark Poloncarz, have been praised for handling things.

One poll over the weekend reported that 46% thought the president was doing a good job and 51% didn’t think so.

Naturally, the polls went along partisan lines, with Republicans supporting his handling of the crisis by a high percentage and Democrats saying he wasn’t doing a good job by the same high percentage.

Meanwhile, the president has graded himself and others in news conferences and on Twitter. He took to Twitter Monday to say Cuomo, who has received nationwide praise for his handling of the crisis and appeared on “60 Minutes” Sunday, needed to do more.

An amateur psychologist might have suggested that Trump’s comments were the result of his jealously of all the praise that Cuomo was receiving even from people who don’t like him.

At one news conference last week, the president declared he took no responsibility for things that had gone wrong.

CNN played a series of Trump remarks downplaying the virus over several weeks to show what he was saying before his Monday turnaround. The CNN clips came after Trump gave himself a 10 out of 10 on his handling of the situation after being asked by a reporter for a grade.

Some of the people who think he has done a good job may agree. But a grade of 10 out of 10 had to be a bit scary – even laughable – to his critics.

Local and national media deserve praise for their coverage, but I’d still only give the coverage a grade of 8.5 or 9 out of 10. There is always room for improvement.