Kevan Busa quickly understood the full stakes of what was coming.

By early last week, before the National Basketball Association shut down its season and the NCAA’s “March Madness” disappeared and all those symbolic cultural jolts began accelerating into one great we-have-never-seen-anything-like-this cascade, Busa knew he needed to get behind closed doors. Fast.

As a young man, long before the arrival of a COVID-19 virus that has led to 20 confirmed cases in Erie County, he was already a veteran at realizing the need for space. In the same way as thousands upon thousands of others who have been treated at Roswell Park Comprehensive Cancer Center, Busa was taught his own version of “social distancing” as a matter of potential life or death, in recovery.

He remembers what it was like – not long after the 2012 blood stem cell transplant that saved him from acute lymphoblastic leukemia – to walk through a crowded place wearing a medical mask, and the troubled looks he learned to set aside from people strolling past.

Busa knows how it feels to avoid air travel because the fellow passenger sitting shoulder-to-shoulder might be a little too close, or how a picked-over salad bar suddenly looms as a threat of infection, or about those moments – awkward then, increasingly familiar now – when you must gently refrain from shaking hands, even when offered that chance by someone you love or trust.

In that sense, in a matter of a few American days, the power of that discipline has been transformed from a deeply personal and even isolated revelation into a ringing civic example. 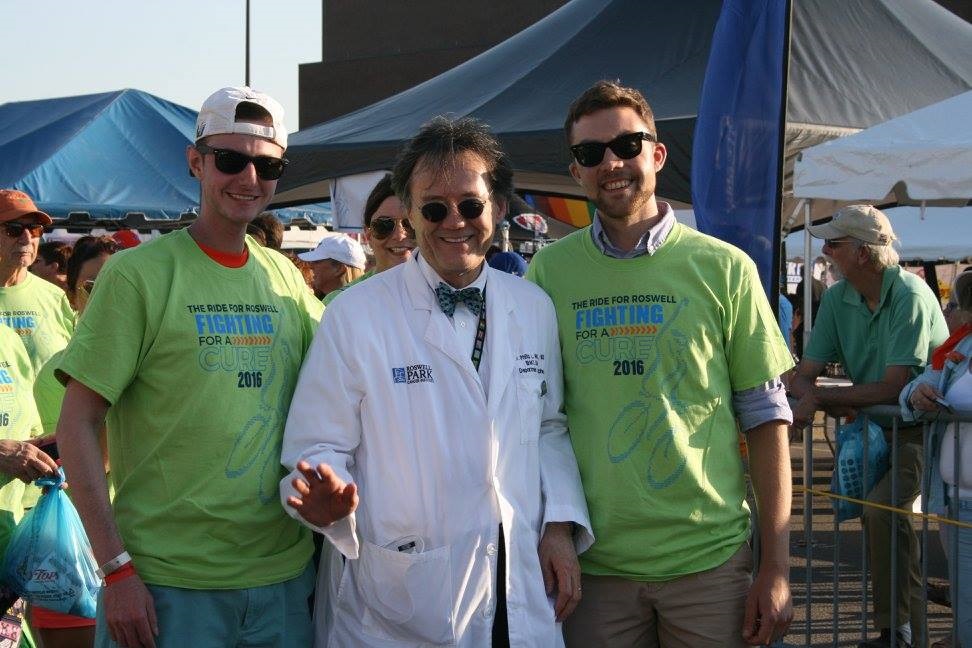 Kevan Busa, left, with Dr. Philip McCarthy, who oversaw Busa's blood stem cell transplant at the Roswell Park Comprehensive Cancer Center, in 2016 at the Ride for Roswell. On the right is Jason Ceresoli, another transplant patient. (Kevan Busa image)

For years, Busa has had firsthand knowledge of life on the perimeter, of the way that moving through a zone no one ever wants to enter can provide a difficult lesson about one gift.

He appreciates the fragility of simply being here.

Last week, in a matter of hours, he and many who have lived through the same thing instantly became examples of wisdom and endurance, role models for a country trying to learn how to step back and stay home.

Within it all, Busa has a keen awareness of the distinction that might well determine how we look back on ourselves as a people after this first wave of COVID-19 finally fades away.

“I see it as a really interesting test,” he said.

At 30, he is a transportation planner in Central New York. He is set up for the long haul in his apartment with his laptop and his Xbox, and he prepares for weeks of potential solitude by focusing on the essence of gratitude: Every day is a good day when you do not get sick.

Sean Kirst: Cancer survivor rides for Roswell – and for the doctor who saved him

Even before all of our assumptions about everyday life were upended last week, Busa was in email contact about the virus with Dr. Philip McCarthy, director of Roswell's transplant and cellular therapy program. McCarthy estimates that his team each year oversees at least 160 patients who go through cellular therapy transplants at Roswell.

From the day this doctor met his patient, Busa has greeted him not only as a physician but as a friend and mentor who happens to be “one of the best in the world” at what he does.

McCarthy’s counsel was simple and matter-of-fact. He told Busa there is still much that is unknown about COVID-19, including the extent of its impact on transplant patients or those in chemotherapy.

What goes without saying is that patients whose immune systems were once scraped to almost nothing might still be “far more susceptible to a variety of things our system would normally fight off,” as McCarthy puts it, which creates what he sees as a logical response to a mysterious disease tearing across the planet.

McCarthy advised Busa to stay home and keep his distance until medical experts say that it is safe.

Busa has already done a lot of reading about COVID-19, including the deadly harm it is causing in Italy. He has a keen statistical knowledge of the way this virus is an illness of the vulnerable. As McCarthy notes, the risks go up precipitously for anyone 60 or older, especially those with such conditions as diabetes or heart disease.

For a more youthful population, it offers particular danger mainly to those already facing serious issues with their health, which to Busa brings the whole thing back to one clear and burning point.

Most of the younger people who contract the virus will either survive – often with little more than flu-like symptoms – or will become carriers, which still amplifies the chance for medical catastrophe. If an all-too-casual response from those facing the least threat allows the virus to quickly spread, intensive care beds will fill up throughout the nation.

Every person at a life-threatening moment would be put at greater risk, and physicians would face the same impossible who-lives-or-dies choices as the heartbreak now playing out in Italy.

Then again, maybe it all changes if Americans simply have the patience to stay home.

“The scariest part of all of it,” Busa said, “is the uncertainty.”

And there, at the heart of it, lies his test. 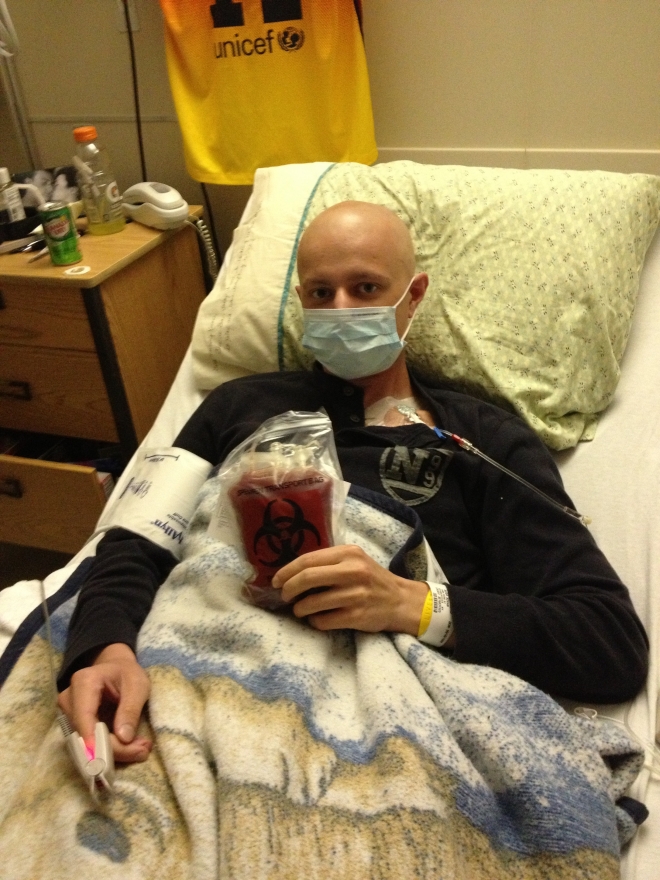 Kevan Busa, on day one of his transplant. (Kevan Busa image)

His dream is that millions who are not at lethal risk will put up with weeks or even months of isolation and tedium to save others whose lives will be at stake. It is a different way of perceiving selflessness and heroism, based not upon acts of daring but on glacial, grinding patience.

Busa already knows it can be done. He also knows exactly what too many patients might face if the advice is ignored and the system is overwhelmed.

In 2017, he developed a fast-moving fungal infection. To save him, his doctors placed him in an induced coma. He woke up on a ventilator, strapped down, his hands in heavy gloves. It is a moment he hopes none of us ever needs to endure, but at the same time he is certain the process saved his life.

There are only so many beds, and so many ventilators. He understands both what it means to truly be at risk, and the nature of the treatments that can be the only means of coming back. That awareness, if somehow shared across the nation, might lead to the revelation – the seeming contradiction – that becomes the greatest hope of saving lives.

Social isolation, right now, is the ultimate act of community.

Busa learned it from the marrow. For you and I, it is the test.