Catalyst Fitness locations continued to do brisk business across the region over the weekend and were filled with exercise stalwarts as Gov. Andrew M. Cuomo announced late Monday morning that they would need to close by 8 p.m., as the COVID-19 pandemic continues.

"My parking lots have been full, but I get it," said Amy Bueme, co-owner of Catalyst, the largest locally-owned fitness center in the Buffalo Niagara region, with seven locations and more than 300 full- and part-time workers. "The government has to do what they have to do to protect the people. That's their job and we have to abide by it."

Bueme said she broke the news to staff and members – some of whom vowed to savor the last few hours of weight and cardio training that they could in their favorite fitness haunts.

LA Fitness announced it would close its branches at 5 p.m. and hoped to reopen in April.

Meanwhile, leaders of two nonprofit organizations where fitness is a major part of its mission also were adjusting to a new, unwelcome normal.

John Ehrbar, CEO of the YMCA Buffalo Niagara, and other leaders, learned the news while watching Cuomo’s press conference.

That mission includes providing child-care programs that involve more than 3,000 children spread across 50 locations, including schools. 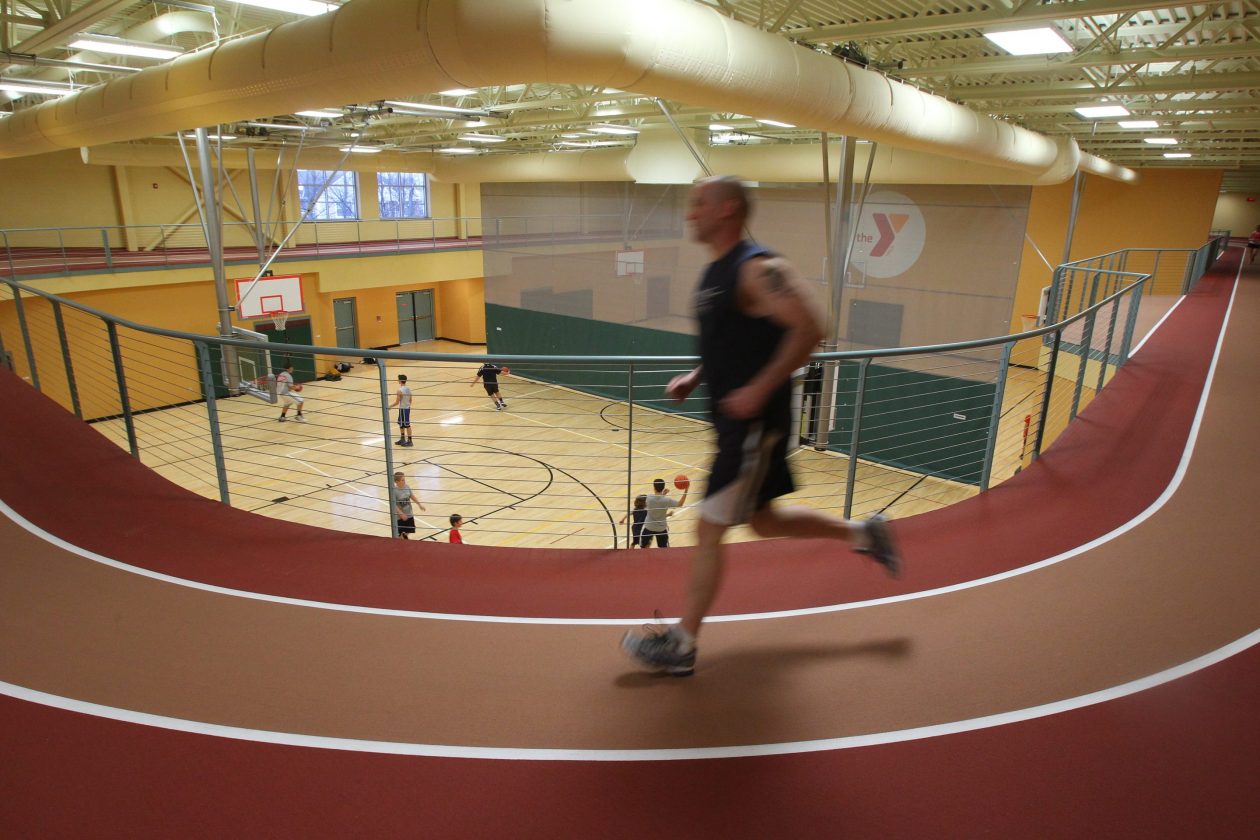 The Independent Health Family Branch YMCA in Amherst and the other eight branches of the YMCA Buffalo Niagara already were closed Monday when Gov. Andrew M. Cuomo announced Monday that all gyms need to do so by 8 p.m. (Mark Mulville/News file photo)

“We're seeing if there's any way we can address community needs right now, given the rules and regulations that are in place” for schools and public gatherings," said Geoffrey Falkner, vice president for strategy and marketing.

“As the area's largest childcare provider, it's difficult when facilities are closed,” Falkner said.

The Jewish Community Center of Greater Buffalo, which has more than 11,000 members who use locations on Delaware Avenue and in Amherst, closed Sunday because of the novel coronavirus spread.

The JCC is talking with county officials about offering that service to children with parents who are first responders, Zakalik said.

Superintendents across the region already have announced schools will remain closed until at least April 20, as government and public health officials look to avoid a surge in COVID-19 cases that could overwhelm the regional health system.

Cuomo and others asked everyone over the weekend to play their part in helping to flatten what they see will be a surge in cases. So far, about 19% of those in the state have needed hospitalization.

Meanwhile, Bueme told staff scheduled to work Monday to continue to do so if they wished, and help clean Catalyst locations and make other adjustments to keep themselves and members safe.

"I want everybody back" when the COVID-19 threat passes, she said. "I love my staff, and I don't want them to leave. This crushes me."

Meanwhile, the tragedy for fitness center operators is that regular exercise boosts immunity, burns off stress along with calories, and creates a more positive attitude, including during times of crisis.

To that end, the JCC plans to soon post on its website – jccbuffalo.org – exercises that fitness instructors from centers elsewhere across the country have posted and, if possible, ask their instructors to create some, as well.

Catalyst instructors plan to do the same to online at catalystfitnessbuffalo.com in the coming days.

Bueme hopes that the region trends below the expected surge line within a few weeks and that gym restrictions are eased.

"I would hope to God that it doesn't go to eight weeks or nine weeks," she said.

Zakalik agreed but the JCC is preparing for a longer haul. The organization already has canceled a play the Jewish Repertory Theatre planned for late April at the Amherst location.

The JCC plans to pay its 400-plus employees until the pandemic winds down, he said, and sees greater opportunities ahead by late spring, if not before.

"We fully expect to be back in business before summer camp would start, Zakalik said. "Our camp program is big and we believe that people are still not going to be anxious to travel this summer and that the staycation is going to be the choice for most families. We're expecting really strong enrollment for camp, and we're seeing it already, so we're we're encouraging our existing camp families or our returning camp families to register early so they don't get locked out."