After watching all the Coronavirus news over the weekend, Western New Yorkers probably are desperate for some good news.

Here it is: There may never have been a better time to be stuck in the house watching television.

There are so many good-to-great broadcast, cable and streaming shows available that even a television critic can’t see a third of them.

The situation is being referred to in industry circles as “peak TV.”

With that in mind, I have devised a strategy to deal with being safe at home that includes recommendations of shows I have seen and shows I wish had more time to watch.

My first bit of advice or strategy is to take advantage of all the free trials offered by various pay-cable channels or streaming sites.

They are usually for a week or up to 30 days, so it would be a good time to stagger using them.

Another strategy is to use the time to seek out cable channels that you’ve never watched. Most of us tend to watch the same 20 channels, which means there are hundreds more that we never turn on. Go down the guide and pick one or two channels each day.

A political strategy also is advisable. By that, I mean it is a good time to watch a cable news channel that you know has different politics than your own.

Now on to specific programs that I recommend. Of course, viewers' abilities to watch depend on their cable, satellite or Fios packages and whether they can watch On Demand.

If your favorite show isn’t on the list, that’s probably because there are just too many good shows for anyone to watch.

“McMillions": I just finished this six-part HBO documentary series over the weekend. It focuses on a FBI investigation of the fraud 20 years ago involving the McDonald’s million dollar Monopoly game. The series involves real-life characters out of Central Casting. It has some terrific twists and turns from start to finish as viewers learn how the mastermind of the fraud pulled it off and who tipped off the FBI to investigate.

“A Million Little Things”: Believe it or not, there are still some good shows on broadcast television that are available On Demand. I wasn’t thrilled about the overloaded pilot of this ABC show, which focused on the suicide of one character in a group of four male friends and a second friend contemplating suicide. Now near the end of its second season, the show's cast is uniformly excellent. My favorite character is Gary Mendez, the cancer survivor with relationship issues and a great sense of humor played by James Roday. The show explores loss, pain, teenage love and second chances so powerfully that it has become more emotionally involving than NBC’s “This Is Us.”

“This Is Us”: I know some people stopped watching because it can be such a downer, but each episode this season about the Pearson family feels like a little movie. This season, the most emotional storyline concerns the dementia experienced by matriarch Rebecca (Mandy Moore) and how it has impacted the children, who have different ways of handling it.

“Dirty John”: The Netflix series based on a podcast – starring Connie Britton as a wealthy woman who marries a con man played by Eric Bana – is a top-notch lesson about making sure you know who you are getting romantically involved with. And did I mention it co-stars Connie Britton? She makes anything she is in worth watching.

“The Loudest Voice”: Fox News viewers should watch this Showtime miniseries starring Russell Crowe about Roger Ailes, who created the network and ultimately was fired by Rupert Murdoch because of sexual harassment charges. It is a scary look at how and why Ailes (and Murdoch) manipulate their persuadable viewers with lies and distortions.

“The Good Doctor”: I am a little surprised that this series about a brilliant autistic doctor played by British actor Freddie Highmore has had enough stories to have lasting power, but most of the cast is likable. British actress Antonio Thomas as caring Dr. Claire Browne is my favorite. 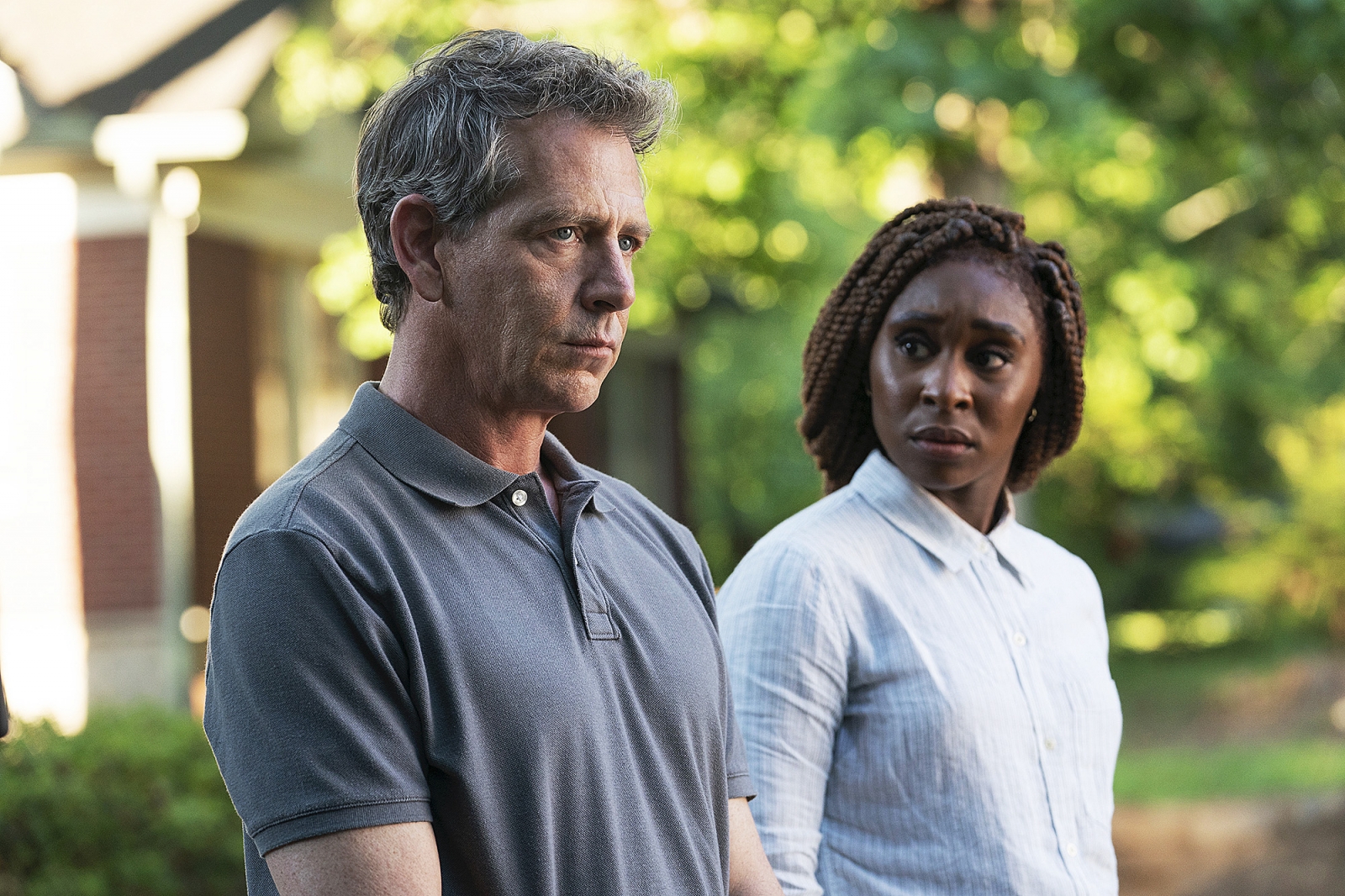 "The Outsider" is on HBO (Photo courtesy of HBO)

HBO, A to Z: The pay-cable service has a long list of movies available On Demand, though it can be hard for some frequent moviegoers to find one they haven’t seen or would want to watch again.

Premium Movies: “Parasite,” the South Korean movie that just won the Oscar as best picture, and “Jojo Rabbit,” which won for best adapted screenplay, are now available for a price. I enjoyed the first two-thirds of “Parasite,” but didn’t care for the violent last third of the film.

“Jack Ryan”: If you are disappointed that John Krasinski had to postpone the opening of “A Quiet Place Part II” – partially shot in Western New York – head to Amazon Prime to watch this political series. Krasinski stars as a Tom Clancy character previously played by Alec Baldwin, Harrison Ford and Ben Affleck in movies. I much preferred season one. Some Amazon Prime customers don’t realize they can stream all of its TV series for free. If you are one of them, now is a good time to try them out.

“Modern Family”: The hit ABC series ends its 11-year run April 8, so now is a good time to catch up on all of this season’s episodes. To be honest, the season has illustrated the writers have run out of good ideas.

“Homeland”: This Showtime series starring Claire Danes as bipolar CIA officer Carrie Mathison also is about to end after eight seasons of Carrie’s brilliant hysterics. The series lost me about season four, but now is a good time to catch up.

“Billions”: Another Showtime series worth catching up on, this one deals with finance and politics. It stars former “Homeland” star Damian Lewis as a hedge fund billionaire whose nemesis is played by Paul Giamatti. I watched the first two seasons before all the good new stuff prevented me from finding time to continue watching. Now I have time.

“American Idol”: I haven’t watched a minute of it this season on ABC, but desperate times call for desperate measures. I may watch again. 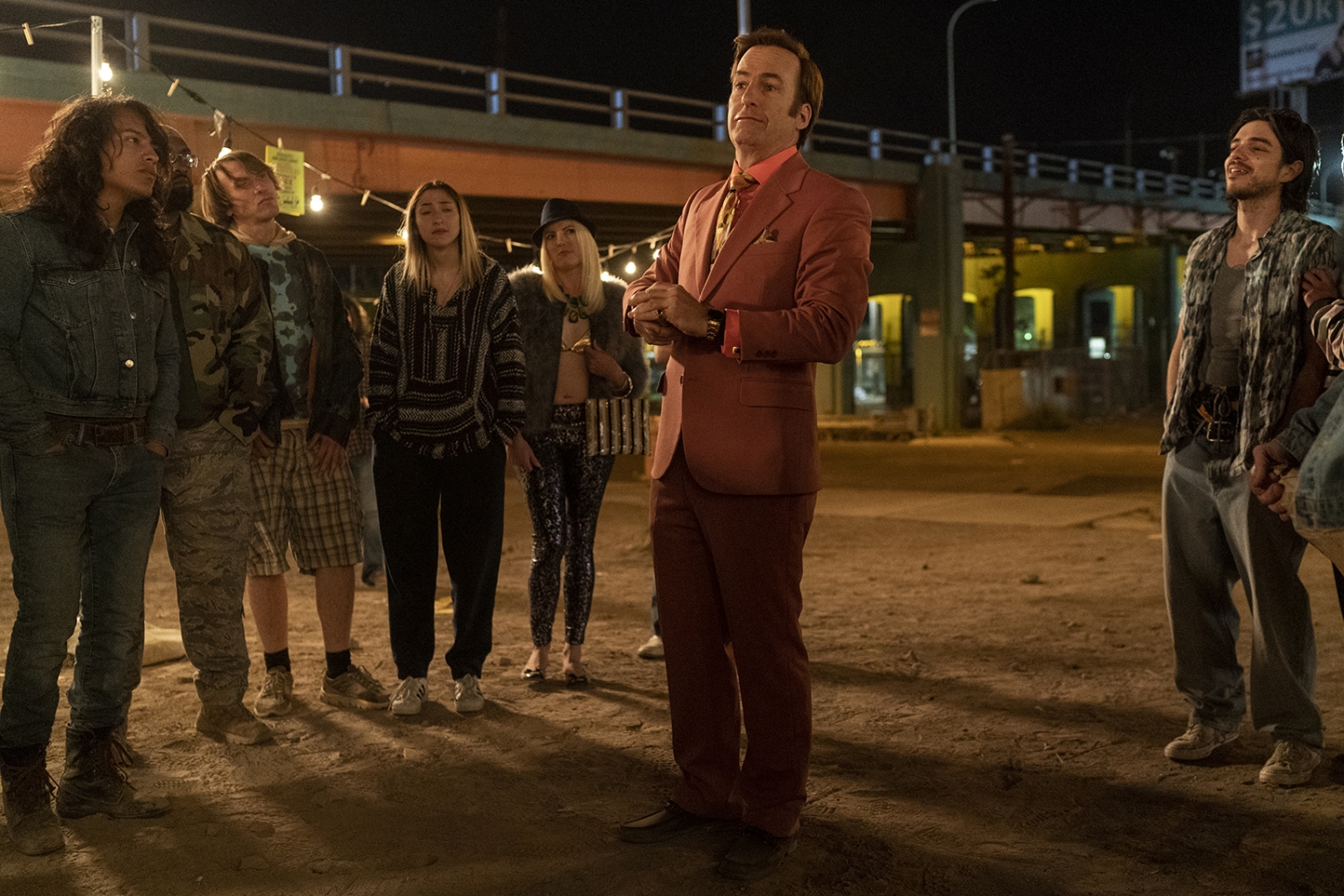 “Better Call Saul”: The stylish prequel to “Breaking Bad” stars Bob Odenkirk as comically sleazy lawyer Saul Goodman. It has gotten off to a brilliant start in season five on AMC and has only one season left after this one. The first four seasons are available on Netflix.

“Emergence”: This series – co-created by Western New York native Michele Fazekas – about an artificial intelligence child who a police chief takes care of after a mysterious accident is a strong combination of sci-fi and heart.

“Hillary”: The Hulu documentary series from Western New York native Nanette Burstein about the life of Hillary Clinton speaks to the history of feminism and seems especially relevant when you consider what Democratic presidential candidates Elizabeth Warren, Amy Klobuchar and Kamala Harris faced this time around. After front-runner Joe Biden said in Sunday’s debate that he would pick a woman for vice president and Bernie Sanders said he would likely do so as well, those three appear to be candidates. The one selected eventually may even be a potential president.

“30 for 30”: Without live sports, ESPN is going to have to fill its schedule with documentary programs such as this fabulous series. You should DVR them if you can.

FX on Hulu: If you get Hulu, all FX series just became available. Many critics believe the cable channel has had many of the best (and weirdest) shows on television over the last decade. You should know after one episode of “American Horror Story,” “Pose,” “Feud” or “Fosse/Verdon” if they are your cup of tea.

“Curb Your Enthusiasm”: Larry David’s ability to be annoying over 10 seasons is legendary, with this season about to end being one of his strongest. The Jon Hamm episode in which the actor tries to emulate the annoying David is one of the best. The episode that ran Sunday was disappointing, but most of the episodes are better than “pretty, pretty good.”  One thing is for sure – we all could use a good laugh these days.