Works of cinematic art often offer places where we can escape. During these tense times of social distancing, you may be looking to the screens in your home to stream your way to a different, happier place. In case you feel you’ve watched “Star Wars” one too many times, here are eight feel-good films that you can stream, rent or buy to help you escape the pressures of any pandemic.

Travel back in time to medieval England with “A Knight’s Tale” (2001). In the playfully familiar Middle Ages of this film, Heath Ledger’s plucky peasant William Thatcher becomes a famous tournament knight, with the help of such friends as the talented blacksmith Kate and a lovable side-kick named Geoffrey Chaucer. Seeing Rufus Sewell’s creepy Count Adhemar get flattened is worth the price of admission. (Watch on Showtime, Amazon, iTunes)

Escape to medieval Japan in Akira Kurosawa’s “The Hidden Fortress” (1958). Two greedy peasant fugitives inadvertently team up with a gruff general played by the inimitable Toshiro Mifune. Trying to get a disguised princess and her concealed fortune to safety, the general and his friends must brave hostile forces and precarious border crossings, in a quest that influenced George Lucas’ “Star Wars.” (Criterion, Kanopy)

Travel all over time in a phone booth to join “Bill and Ted’s Excellent Adventure” (1989). To fulfill their destiny of enlightening civilization through their rock band, San Dimas high schoolers Bill S. Preston (Alex Winters) and Theodore “Ted” Logan (Keanu Reeves) must first ace a history project. With a futuristic guide named Rufus, Bill and Ted collect enough historical figures to put on a most excellent show. (Amazon Prime) 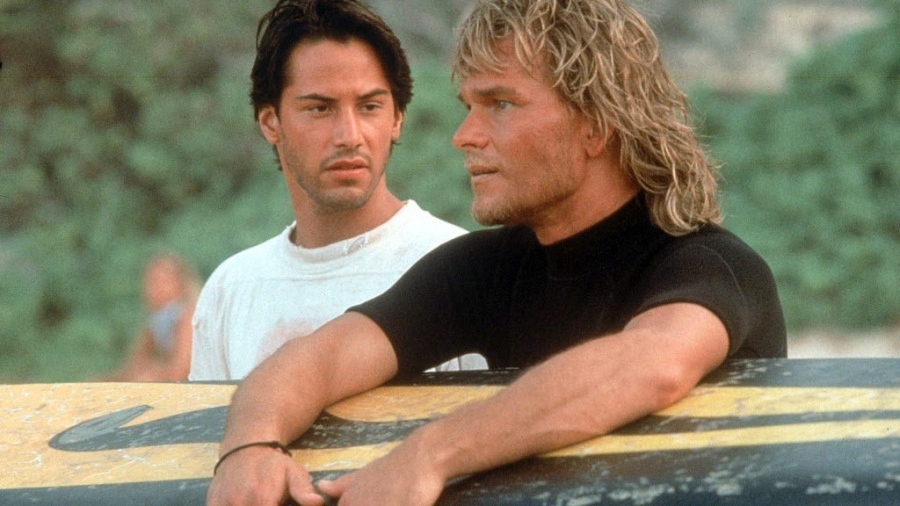 Escape to a pleasant, but modern place on the sunny beaches of “Point Break” (1991). A masterpiece of schlock cinema, this film features Keanu Reeves as an FBI agent named Johnny Utah, who goes undercover to stop a team of surfer bank robbers led by a soulful outlaw named Bodhi (Patrick Swayze). This film offers tubular, escapist fun, as the masked surfers’ crime wave leads Utah from Southern California to Australia. (Vudu, Amazon, DVD)

Take an uplifting journey in an unusual vehicle in “The Straight Story” (1999). If the combination of David Lynch and Disney is not intriguing enough already, then consider that this is without question the greatest lawnmower-based film of all time. Hearing that his estranged brother had a stroke, and refusing to be limited by medical problems or his lack of a driver’s license, Alvin Straight buys a John Deere lawnmower and takes a life-changing road trip to Mount Zion, Wis. (Amazon, iTunes, DVD) 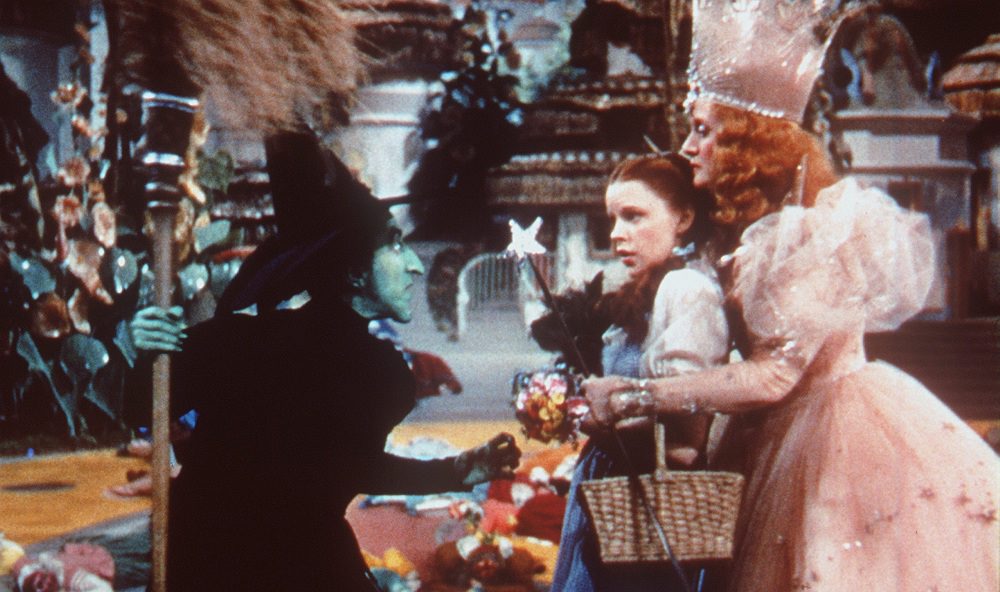 The 1939 classic "The Wizard of Oz" is one of the greatest escapism films ever made.

For the ultimate escape, journey to “The Wizard of Oz” (1939). Famously departing in a flying house from black-and-white Kansas to the colorful land of Oz, Judy Garland’s kindhearted Dorothy makes friends who find they need each other during their dangerous trip to the Emerald City. Much as Dorothy learns that there’s no place like home, escapist cinema ultimately may lead you to regaining your appreciation of the present. (TNT, TBS)

For silly sports escapism, skate your way into “Blades of Glory” (2007). After ice-skating rivals “Chazz” Michael Michaels (Will Ferrell) and Jimmy MacElroy (Jon Heder) get disqualified from competition after a public fight, they find a way to pursue their dreams by forming the world’s first male-male ice skating pair. With hilarious performances by William Fichtner as Jimmy’s cruel father and Craig T. Nelson as a deranged coach training them in a deadly move, this film scores a perfect comedy 10. (TNT, TBS)

Travel back to a time where love survives in a topsy-turvy world in  “Twelfth Night” (1996). In Trevor Nunn’s sublime cinematic adaptation of Shakespeare’s comedy, gender and class are temporarily suspended in a pleasant case of mistaken identities. Imogen Stubbs is amazing as the cross-dressing Viola, Helena Bonham Carter shines as Olivia, and Ben Kingsley plays a wonderfully melancholic fool. (Amazon, YouTube, DVD)