“Shelton Square wasn’t beautiful,” said a 1980 remembrance in The Buffalo Evening News, “but it was utilitarian with the old-shoe ease of a town square.”

The streetcar shelter was necessary because it seemed just about every bus and streetcar in the city went through Shelton Square — where Niagara Street, Church Street, and North and South Division streets all dumped into Main Street. Downtown office employees and shift workers often made their way to Shelton Square to transfer onto whichever bus or trolley would get them home. 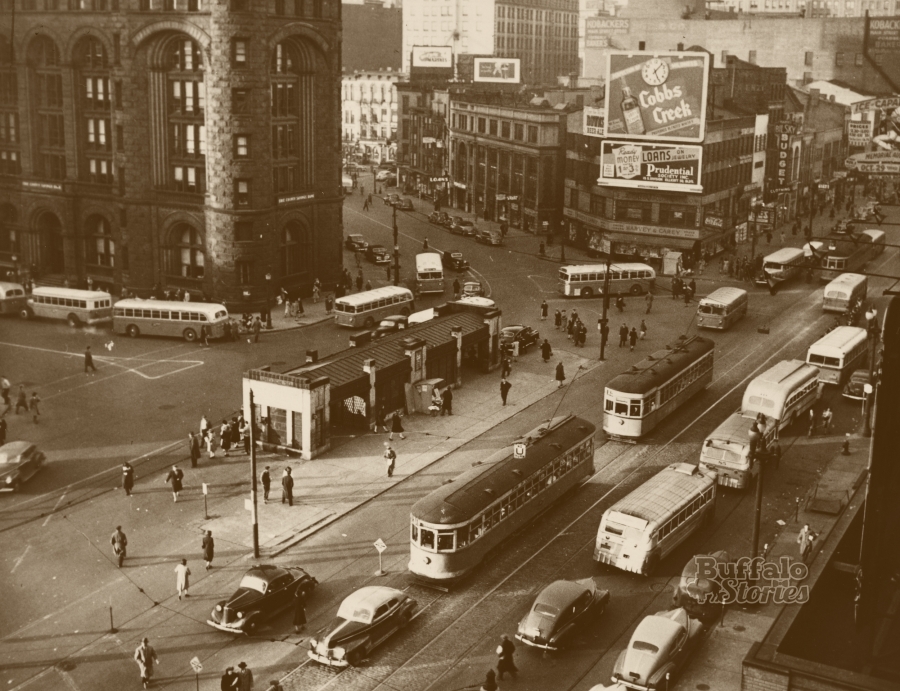 Shelton Square as it appeared in the early 1940s. The shelter is shown in the middle of the street grid. From left to right in the background: Church Street; the stone building with the rounded corners is the old Erie County Savings Bank headquarters; then Niagara Street; then Harvey & Carey drugs. Everything after Church Street — including this part of Niagara Street — is now covered by the Main Place Mall.

The idea for a shelter to protect commuters from the harsh elements was first conceived of before World War I, but the shelter wasn’t built until 1927. A political hot potato, the shelter and its upkeep was a constant source of debate. The News called it a “well-known downtown eyesore” in 1935, but then advocated for its reopening several years later when the yellow-brick building was shuttered in a cost-saving move.

That same story repeated itself a handful of times over the 40 years the shelter stood. Niagara District Councilman Vincent Manzella thought it was silly to close the comfort station, even as the city tightened its belt during World War II.

“Night and day hundreds of persons wait at Shelton Square for buses and trolleys and the city should provide some shelter for them during the cold weather," said the Council member.

In 1968, the shelter was torn down at around the same time as the old Erie County Savings Bank building and the entire block of Main Street that was to become the Main Place Mall. The part of Niagara Street that extended to Main was also paved over in the efforts.

Within months of the brick shelter's coming down, Buffalo’s first modern glass-enclosed bus stops was erected not too far from the spot by the emergency order of Mayor Frank Sedita. 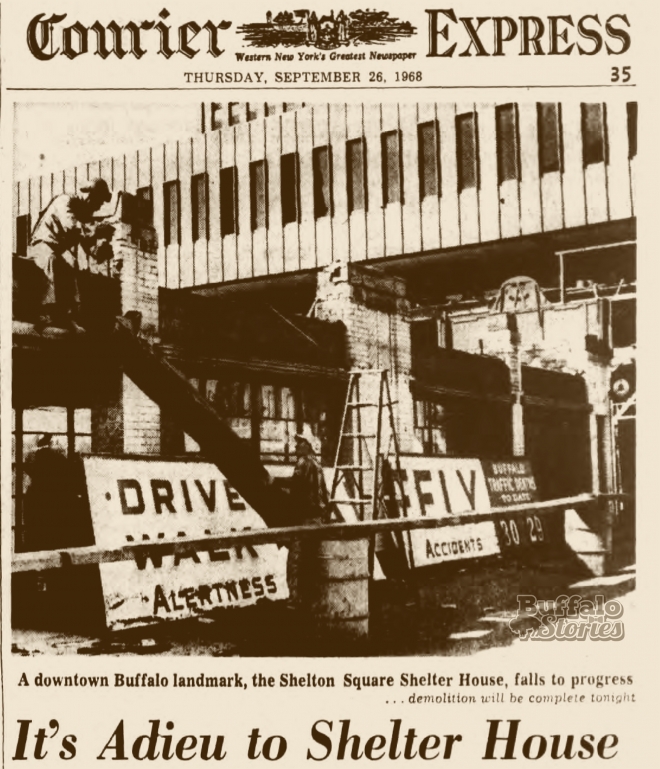