Hey, you can't blame the French Connection or Michael Peca for the Buffalo Sabres' likely playoff-less season. They are just some of the alumni who've regularly attended the annual wine festival, which features select beverages from Niagara County wineries and beyond, plus bites from area restaurants and bakeries. Proceeds will support the Women's Resource Center in Roswell Park, which works toward a cure for breast cancer.

Plant proteins have exploded as viable meat substitutes that don't have to lack for flavor. An array of Buffalo-area chefs will cook up dishes like beef-less cheeseburger salad, rye berry salad and beef-less tips lo mein for a curious public.

The News' Andrew Galarneau wrote a detailed preview with more information on the participating chefs and the beneficiaries from the event.

Don't be alarmed by the ticket price; this fancy dinner includes a cocktail hour, fancy three-course meal and the chance to dabble in raffles and auctions to support a local organization devoted to supporting those in mental health crises. Five people will be recognized for their mental health efforts in the Buffalo area.

Bob Marley's "Exodus" album came at a scary time for the reggae artist, who survived an assassination attempt in Jamaica and fled to London to record in 1976 and '77. Listen to The News' Jeff Miers and 97 Rock's Anita West as they discuss what this album meant to Marley's career, and then take in a live band rendition of the album, led by Preach Freedom.

Media plugs for this production are pretty amusing: The Washington Post says the production is "making people crazy happy!" while Rolling Stone uses the repetitive phrase, "Wow, wow, wow," to describe the Broadway play. It did snare four Tony Awards – including best revival – so maybe there's substance behind the hype. 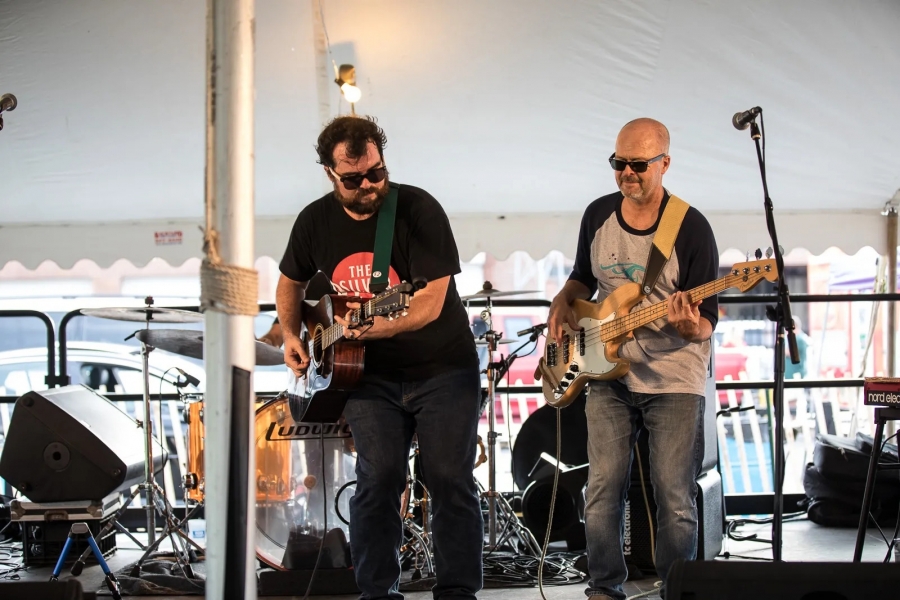 Leroy Townes Band is one of the local groups to perform at a night remembering Townes Van Zandt. (Chuck Alaimo/Special to The News)

Late country-folk great Townes Van Zandt performed in Nietzsche's over 30 years ago; he's even rumored to have signed the ceiling. His music will be remembered by Leroy Townes Band, Brothers Blue, Tyler Westcott and more on Allen.

Buffalo singer-songwriter Grace Stumberg will lead off with her own set, then join high-energy rockers GROSH for a few selections. The four-piece mixes original music with their own takes on classics along the lines of Led Zeppelin and Pearl Jam.