A short time later after the call was transferred to a dispatcher in Cheektowaga, the dispatcher explained how to perform CPR. The call lasted at least five minutes and the dispatcher told the caller he was doing a good job.

The caller, according to police and prosecutors, was Yuriy Bruks. The woman who wasn't breathing was his wife, Tetiana.

Tetiana Bruks, 34, was beaten to death, having suffered blunt force trauma to her head, neck and torso, according to the Erie County District Attorney's Office.

Yuriy Bruks, 35, was initially interviewed by police but not charged. "Initially, at first, there was not enough evidence to charge him with anything," District Attorney John J. Flynn said last fall. Police released Yuriy Bruks, who was able to get back into his house to get his passport and laptop, according to authorities.

The day after Tetiana Bruks' death, a warrant was issued for Yuriy Bruks' arrest. He eluded police until October, when federal authorities took him into custody in Cancun, Mexico. He had crossed illegally from Laredo, Texas, into Mexico and in Cancun had a one-way ticket on a flight to Istanbul, Turkey, according to federal authorities. He was charged with second-degree murder.

Details about the early morning 911 call emerged Monday morning during a hearing in Erie County Court. 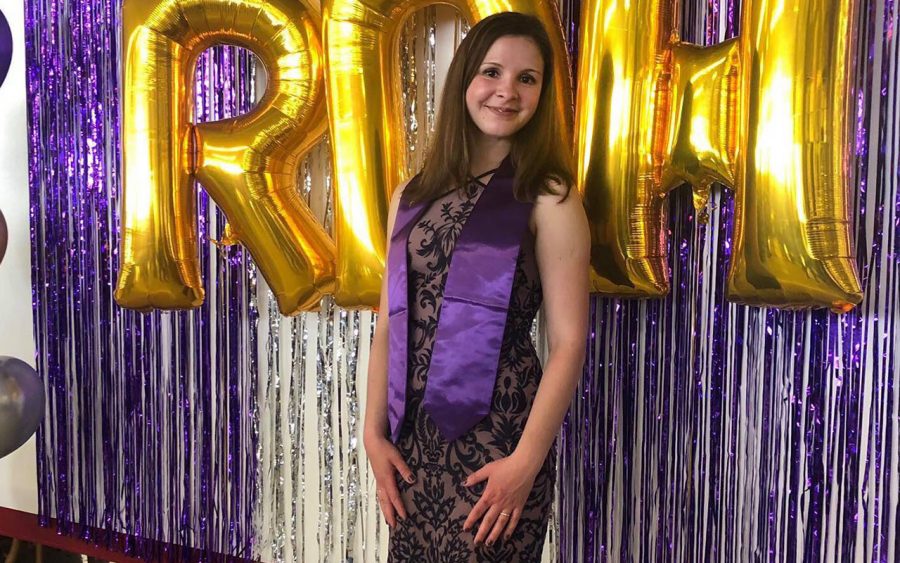 Tetiana Bruks, 34, who was found dead in her Cheektowaga home on Aug. 4, graduated from a dental hygiene program at Erie Community College earlier this year. (Photo courtesy of Lexie Turner)

The subject of the hearing was alleged statements Yuriy Bruks made to Cheektowaga police. Two 911 call center employees testified, but the planned testimony of other witnesses, including police officers, was adjourned for more than two months.

The footage includes Bruks' ride in a police vehicle from the scene on Raymond to Cheektowaga police headquarters.

Garvey gave a copy of the roughly three hours of footage to Justin D. Ginter, one of Bruks' defense attorneys, in court on Monday. Boller granted the adjournment to give the defense time to review the footage.

What was said in the patrol vehicle may relate to the testimony of two police officers, Garvey told the judge.

The witnesses – Austin Champagne, a former call taker with Central Police Services, and Lauren Sieber, a public safety dispatcher in Cheektowaga – were not asked to give many specific details about what was discussed on 911 calls. They were not asked to identify the caller during Monday's hearing.

Under cross-examination from Ginter, Seiber said she believed the caller was performing CPR.

Also on Monday, the judge denied a defense motion for access to the home where authorities say Tetiana Bruks was killed. Defense attorneys had not given notice to the person currently living in the home – a requirement under the state's new discovery law, according to prosecutors – and the court doesn't know whether parts of the home's interior have changed since Aug. 4, Boller said.

Prosecutors have turned over about 600 photos, as well as a 3D "virtual video" of the inside of the home made by Cheektowaga police, Garvey said.