The novel coronavirus scare swept across the sports landscape Monday night, with the NHL, NBA, Major League Baseball and Major League Soccer taking the unprecedented step of closing their locker rooms to the media in an effort to prevent transmission of the disease.

After a day filled with rumors, the leagues issued a joint statement announcing the decision.

"After consultation with infectious disease and public health experts, and given the issues that can be associated with close contact in pre- and postgame settings, all team locker rooms and clubhouses will be open only to players and essential employees of teams and team facilities until further notice," the statement said. "Media access will be maintained in designated locations outside of the locker room and clubhouse setting. These temporary changes will be effective beginning with tomorrow’s games and practices (Tuesday).

“We will continue to closely monitor this situation and take any further steps necessary to maintain a safe and welcoming environment.”

Prior to the announcement, the Buffalo Sabres and Washington Capitals were making alternate arrangements for media access following their game Monday in KeyBank Center. The Sabres were scheduled to bring players into their regular press conference room, where coach Ralph Krueger does his daily media briefing.

The Capitals were going to bring players into a hallway near their dressing room. 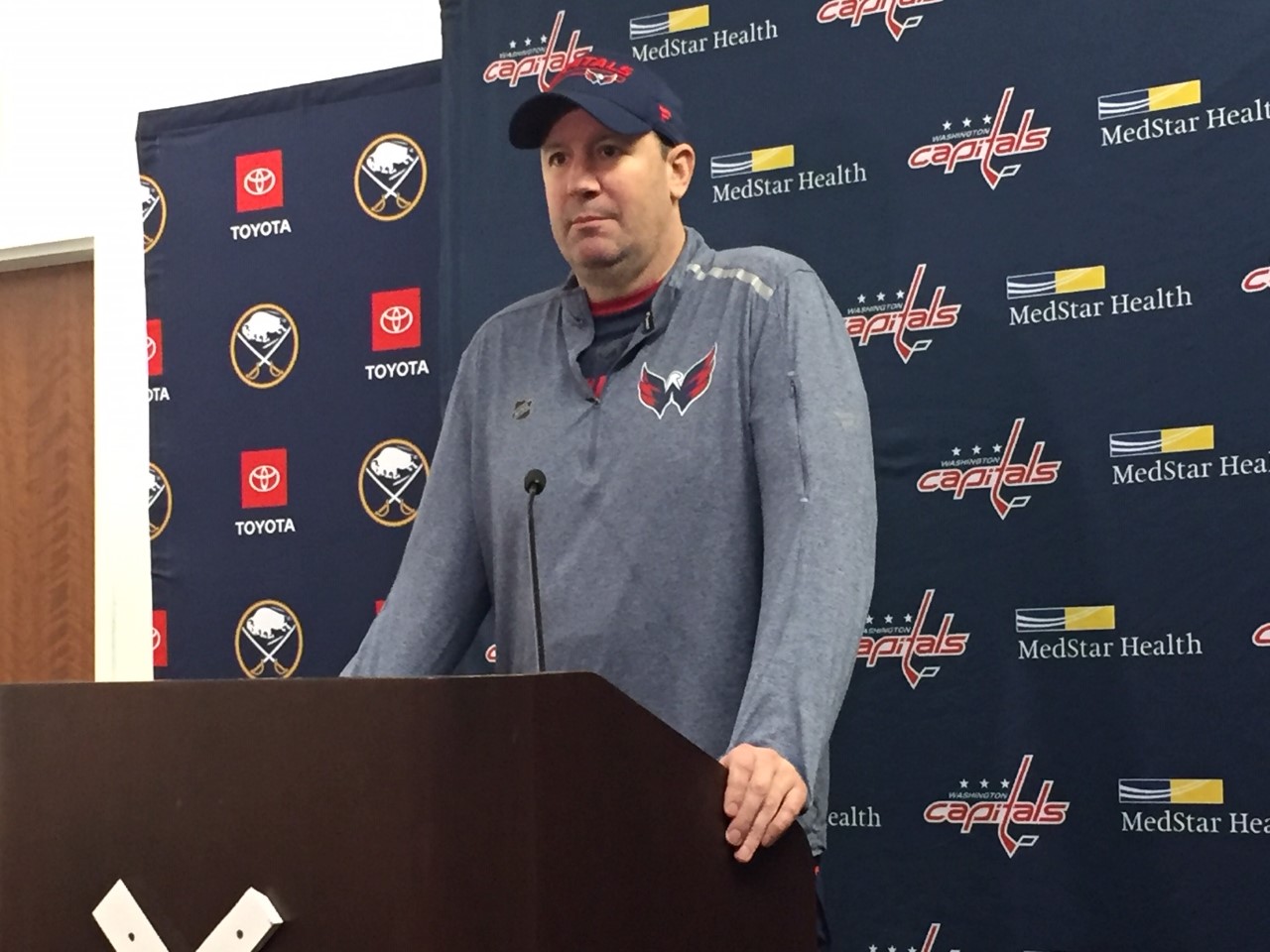 Meanwhile, Capitals coach Todd Reirden talked to reporters at the podium inside the Sabres' news conference room, rather than in a tight scrum in the heavily trafficked hallway where the visiting team usually holds such availabilities. It was an optional morning skate for the Capitals, so no players spoke to the media.

Around a dozen clubs in other cities closed their dressing rooms to reporters in recent days and did interviews either outside the room or news-conference style at podiums in an area away from the locker room. Neither the Sabres nor Philadelphia Flyers closed their rooms following Saturday's game in Wells Fargo Center.

"The coronavirus is something we all need to take seriously," Sabres coach Ralph Krueger said. "It affected my life a lot earlier than everybody here because my kids are in Switzerland and they had all kinds of cancellations and restrictions earlier than we've even thought of them here, so I've been faced with it. It's something we're taking extremely seriously and I think everybody needs to take it extremely seriously."

Players have been told to wash their hands even more than normal and most teams are taking additional steps to sanitize locker room and shower areas.

"We travel a lot but just be health-conscious about touching your face, washing your hands extra," said McCabe. "Just normal hygiene things that everybody should just follow on a day-to-day basis, not just when the coronavirus is around. It's definitely been eye-opening to watch this go on throughout the world and coming over here now. It's going to be curious to see how it unfolds here over the next few months."

"It's something that's very real and is around us," Krueger added. "We travel as much as anybody in America and we're conscious of that and taking all the recommended steps here as far as the cleaning processes that we all have to take, and being careful with contact. Hopefully, the world can get this in order."