Plans are still afoot to break ground on a Jack Nicklaus-designed golf course on land near South Park as early as May 1, civic advocate Kevin Gaughan said.

But Gaughan said he must raise $2 million locally before that can happen. The remaining $8 million necessary to design and construct the golf course is close to being raised from outside the area, but a required show of local support first is critical.

"For better or worse, it is going to be our final push," said Gaughan, who said TV spots filmed with him and Nicklaus will begin airing Sunday on WGRZ.

It would not be fair to allow the project, after several years, to drag on for Nicklaus, the Buffalo Olmsted Parks Conservancy and others without a clear conclusion, he said.

"Nicklaus Companies, now separate and apart from Nicklaus, has been gracious in moving their schedule and making things work so we can do this, and I'm not going to ask them to do this again," Gaughan said. "I've promised Jack that if we don't do it this year we will have to move on.

"I have learned over the years that if you don't succeed after awhile for these charitable projects, it doesn't reflect well on folks," Gaughan added.

But he said he is working hard to avoid that.

The project, with a $30 million price tag, includes an education center.

"I think it would be a terrible shame for the community to miss this opportunity," he said. "We are hoping this final push will help this along."

Gaughan said he has raised about $700,000 in donations, loans and in-kind contributions so far.

Gaughan cited three studies – one from the Harvard Business School and one each from the Federal Reserve in Kansas City and Philadelphia – that concluded the No. 1 priority for educated young people in deciding where to move to is the quality of public parks and recreation spaces.

The Nicklaus-designed golf course, as well as enhancements to the Delaware Park course Nicklaus has also offered to make, align with that, Gaughan said. 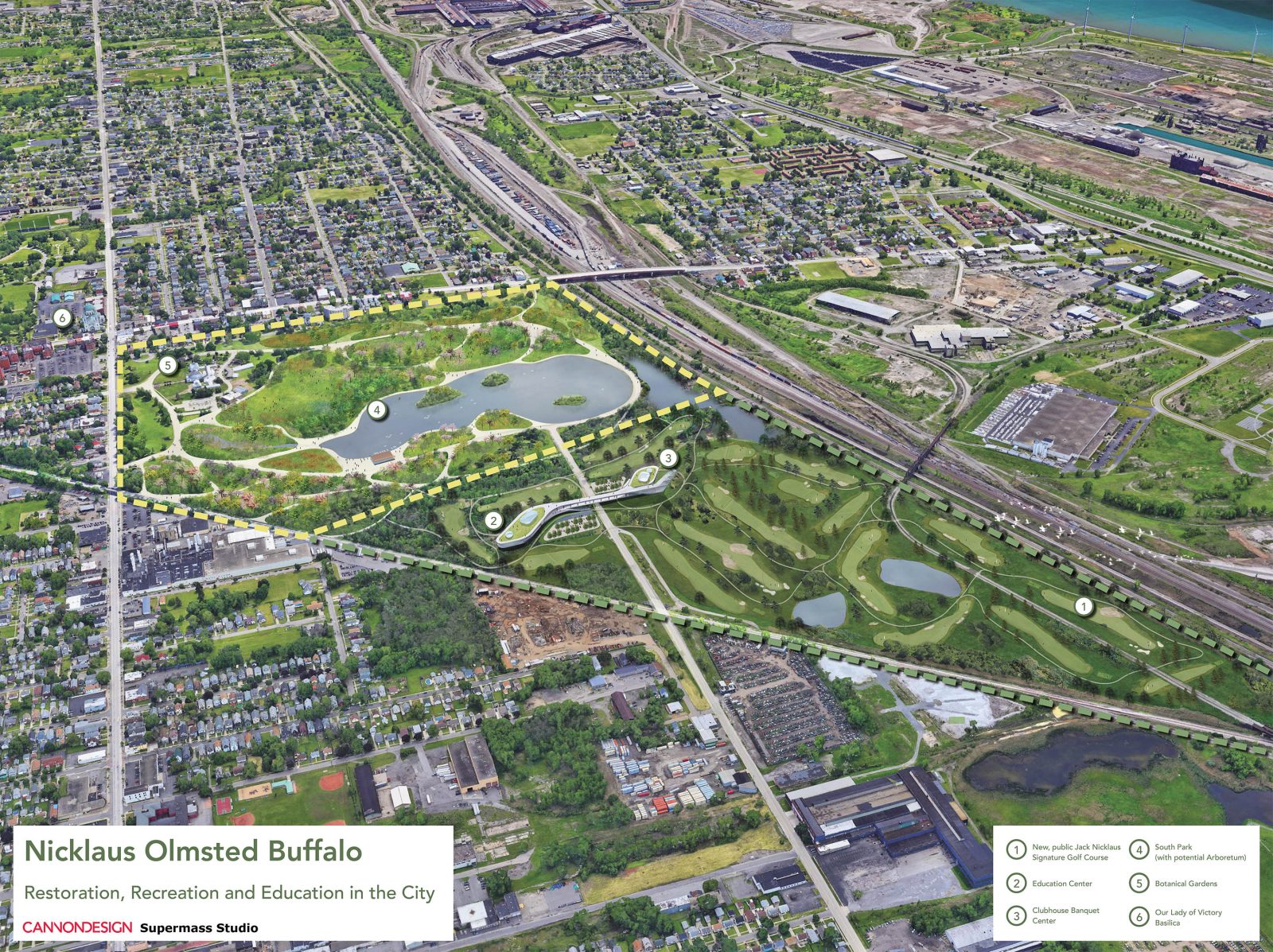 In one of the TV spots, which sends readers to the website buffaloreal.org, Nicklaus talks up the golf course he plans to design.

"Buffalo is a city on the rise, and I'm very pleased to be part of a plan that will not only create a golf course but also a new educational center for inner-city children," Nicklaus says.

After touching on the plan's intent to help restore Frederick Law Olmsted's arboretrum at South Park, the spot ends with good-natured banter between Nicklaus and Gaughan.

"Jack, I understand you used to play a little competitive golf," Gaughan says.

"I played a little bit in my day, yeah," Nicklaus answers.

"I understand you went to Harvard," Nicklaus says to Gaughan, who responds in the affirmative.

"Hmm," Nicklaus says with a pause, before the Columbus, Ohio, native added, "Couldn't get into Ohio State, huh?"