The first four figures in a planned group of 14 statues will be unveiled June 13 on the steps beside the Erie Canal locks in Lockport.

David R. Kinyon, president of the Lockport Locks Heritage District Corp., said Thursday that three of the first four bronze figures in the "Lock Tender Tribute" will depict canal workers, as seen in a locally famous 1897 photo taken on the steps. The fourth figure will depict the photographer.

Youngstown sculptor Susan Geissler is creating the life-size figures at an estimated cost of $1.2 million. More than $900,000 in funding is in hand, Kinyon said. Sources include foundations, the Niagara River Greenway and state and federal grants.

The figures will stand above the Flight of Five, the original 19th century canal locks. Three of the five locks have been restored to functioning condition.

"Our goal is still to have all five locks operational by 2025, which is the 200th anniversary of the completion of the canal," Kinyon said. 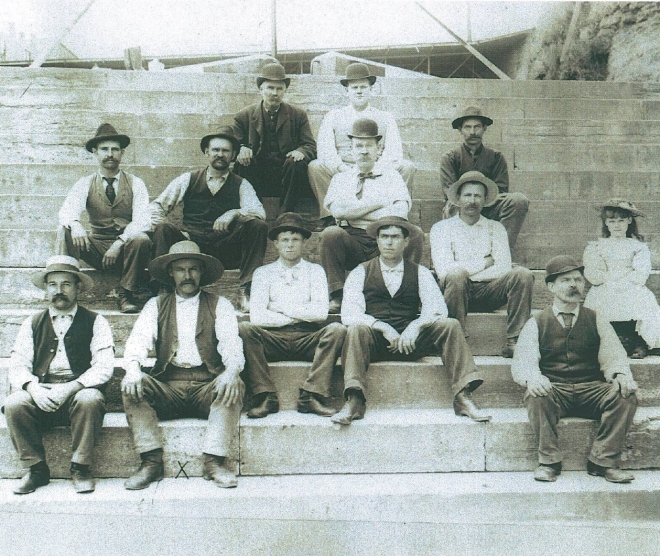