A Paris teenager survives World War II as one of the "hidden children" of France in this poignant graphic novel, adapted from a novel by French writer Julia Billet and loosely based on her 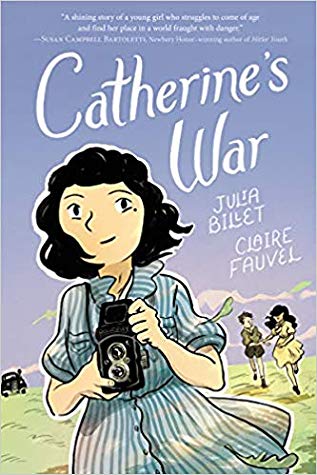 mother's experience during the war.

The comic book version, with vivid illustrations by Claire Fauvel, begins in 1942 at the Sèvres Children's Home outside Paris where budding teenage photographer Rachel Cohen is experimenting with the Rolleiflex camera lent her by the headmistress's husband. The children know the headmistress as Seagull and her husband as Penguin. (The afterword notes the Sèvres Children's Home  pioneered a new way of teaching, and that Seagull and Penguin were honored with the Medal of the Righteous long after the war for their work sheltering Jewish children from the Nazis. )

Rachel becomes Catherine Colin, as the Jewish children are asked to choose new names for their own protection as word comes of the mass arrests and deportations of 13,000 Jews from and around Paris. The children's home proves to be just the first stop of many for Rachel/Catherine and the other children as the network scrambles to move them to safety and away from the notice of possible informers. Catherine's stops include a convent, a farm, an orphanage, and finally the cabin of a Resistance fighter in the forest. Rachel's coming of age as an artist, and her interest in documenting the people and events around her with an artist's eye add an interesting dimension to this tale. 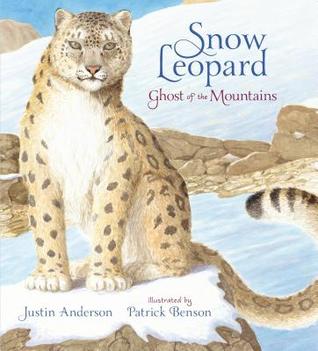 Zoologist Justin Anderson, who spent months in Ladakh in northern India leading a BBC crew filming snow leopards for "Planet Earth II" introduces children to this wondrous, elusive creature in this excellent picture book framed as a zoologist and guide looking for the mysterious cat known to people of the Himalayas as "the gray ghost." "But this wondrous animal is incredibly rare and hard to find, so I'll be very lucky if I spot one on my trek." Patrick Benson's spectacular, delicate watercolors depict the remote village, the mountain landscape, paw prints in the snow, the magnificent snow leopard. Anderson describes the snow leopard's paws: "They are huge – it's as if she is wearing shoes that are much too big! They help her to spread her weight and travel across the deepest snow without sinking." Smaller type at the bottom of each page offers additional  factual information about snow leopards, and an author's note at the end notes that snow leopards while not endangered, are vulnerable, with as few as 3,920 left in the wild. 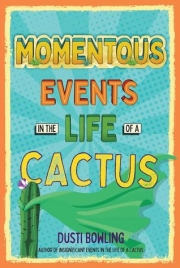 Readers first fell for Aven Green in Dusti Bowling's charming 2017 novel "Insignificant Events in the Life of a Cactus," in which Aven moved from Kansas to Arizona when her adoptive parents took over management of an amusement park, Stagecoach Pass, and Aven befriended middle school classmates Connor, who has Tourette's, and Zion, who is bullied about his weight. Now Aven, who was born without arms, is girding to "slay the sucktastic beast known as high school" with only Zion at her side; Connor is living with his dad across town and attending a different school. But after what appears to be a flirtation ends in total humiliation, Aven loses all her confidence, withdrawing from her friends and family who are bewildered at the change in her upbeat attitude.

Bowling offers a winning narrator in Aven, who is hilarious and wise beyond her years as she deals with the universal challenges of adolescence and the additional challenge of feeling self-conscious about her disability. (There's a particularly outrageous confrontation when Aven dresses as a superhero and attends the local Comic Con convention with Zion's superhero-mad family.) Aven's lovable extended family includes a colorful collection of eccentrics, from Josephine at the assisted living facility to Henry at the ice cream shop to free spirit Trilby at the smoothie shop to Spaghetti the llama, Chili the horse and Fathead the tarantula.