Buffalo is a sports town — we know that. We love all our teams no matter what.

While the Bills have entered the off-season, and the Sabres look like they'll be skipping playoffs once again, there's no better time to get out to see some relics of Buffalo sports history.

From the homages to legendary athletes, to the lesser-known remnants of days past, here is a list of spots where you can see Buffalo sports history.

If you’re facing the main entrance to KeyBank Center, walk left and look to the right in Alumni Plaza. That’s where you’ll find a tribute to the most legendary line in Buffalo Sabres history. Full-size busts of Rick Martin, Rene Robert and Gilbert Perreault are frozen in time, breaking out the puck during one of their many games.

While you’re admiring the French Connection, be sure to venture behind the statue where there are plaques of every player in franchise history, organized by decade. 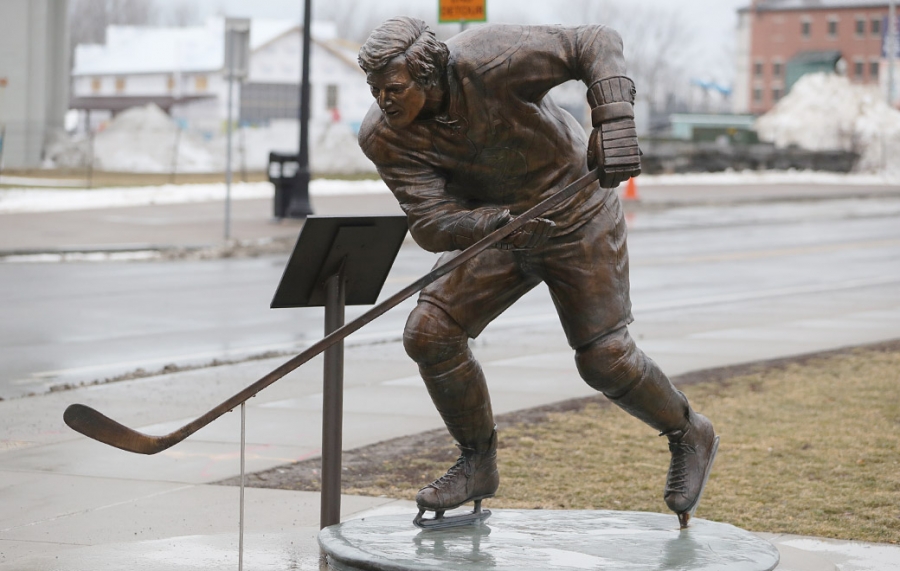 1 Scott St. (Tim Hortons store address; the statue is just across the street)

Diagonally across the street from the HarborCenter and Tim Hortons coffee shop is an homage to the co-founder of Buffalo’s most prominent coffee shop and one of the 100 Greatest NHL Players in history. Miles Gilbert “Tim” Horton was a prolific NHLer, making the last stop of his career in Buffalo.

The late defenseman is in full Sabres attire, focusing on an unseen puck, either in mid-skate or post-shot. Walk just a few minutes past Tim Horton toward Canalside, Alumni Plaza or both to see other important Sabres landmarks.

[Related: What did Tim Horton order at Tim Hortons?] 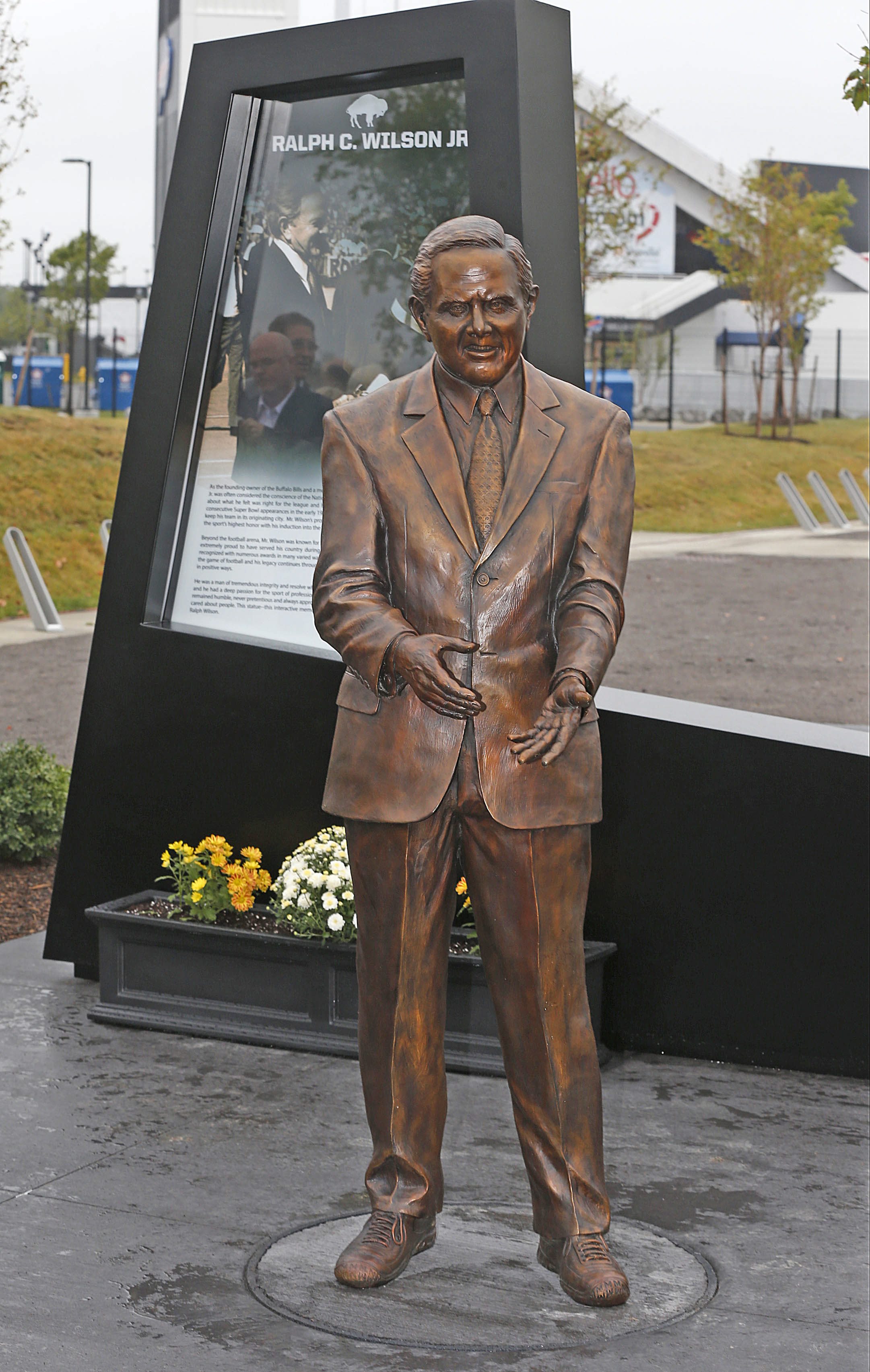 The first statue to be displayed at New Era Field, of the life-size figure of the late Bills founder/owner, is in Founders Plaza at New Era Field. The statue is based on a Oct. 21, 1990, photo of Wilson standing next to Thurman Thomas on the sidelines during a 30-27 Bills victory over the New York Jets.

There's more history inside the stadium on the Wall of Fame, created in 1980 to honor former players, administrators and coaches who played significant roles in the team's history. In 1992, the Bills honored their fans by putting "The 12th Man" on the wall.

The Buffalo Bisons’ ballpark is home to a statue honoring former Buffalo Mayor James D. Griffin. Known to many Buffalonians as Jimmy, he was the city’s mayor for 16 years (1978-93) and was an integral part of bringing baseball back to Buffalo.

The full-body statue depicts Griffin throwing a ceremonial pitch at what was originally named Pilot Field in 1988.

[Related: When "Grab a six pack" became our mantra | Jimmy Griffin through the years] 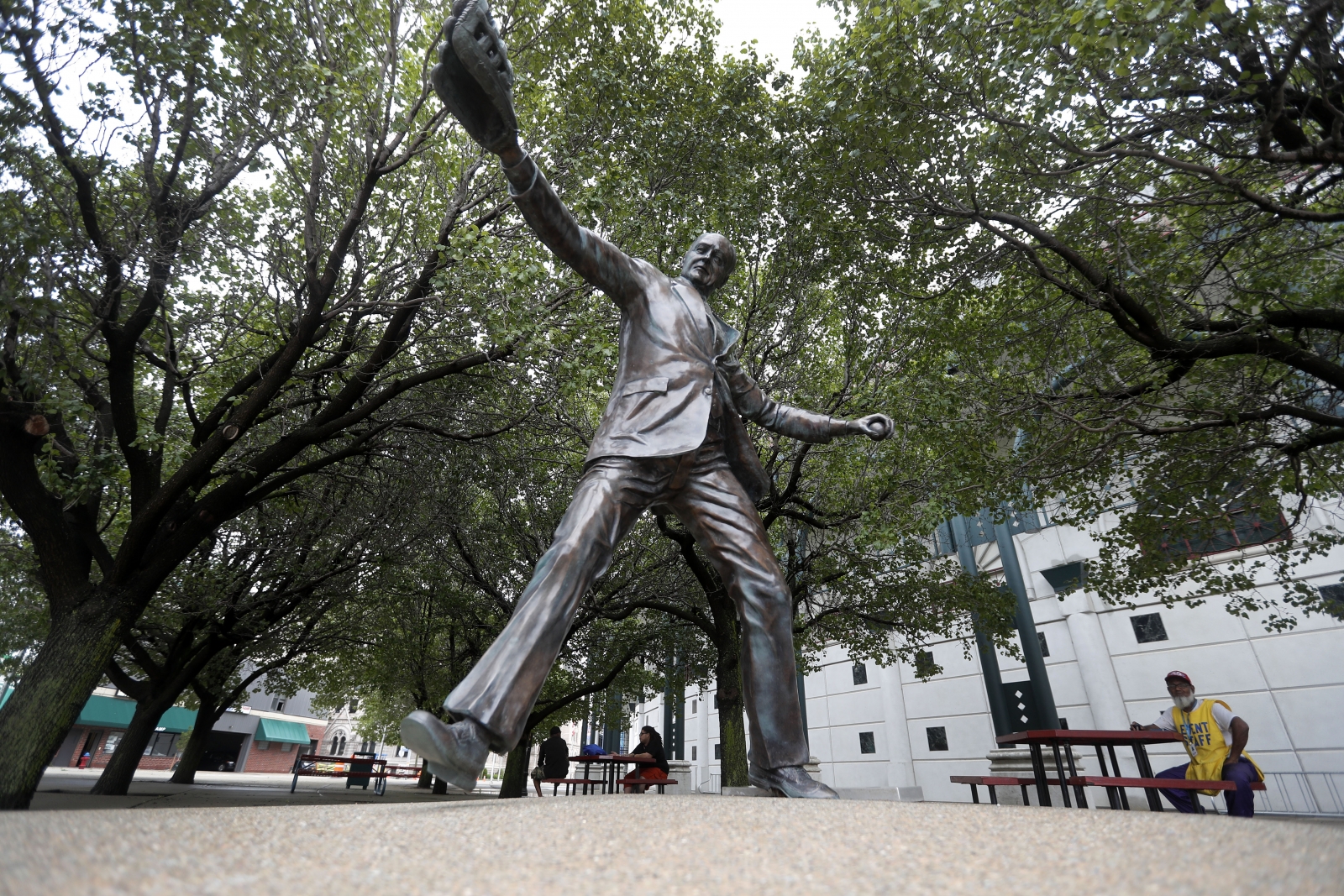 Remnants of "The Rockpile"

The Buffalo Bills and Bisons used to play at this location when it was War Memorial Stadium, though you may know it better as “The Rockpile.” Most of the stadium was demolished, but the original entrance is still standing. Scenes from the iconic 1984 baseball film, “The Natural,” starring Robert Redford, were shot here. 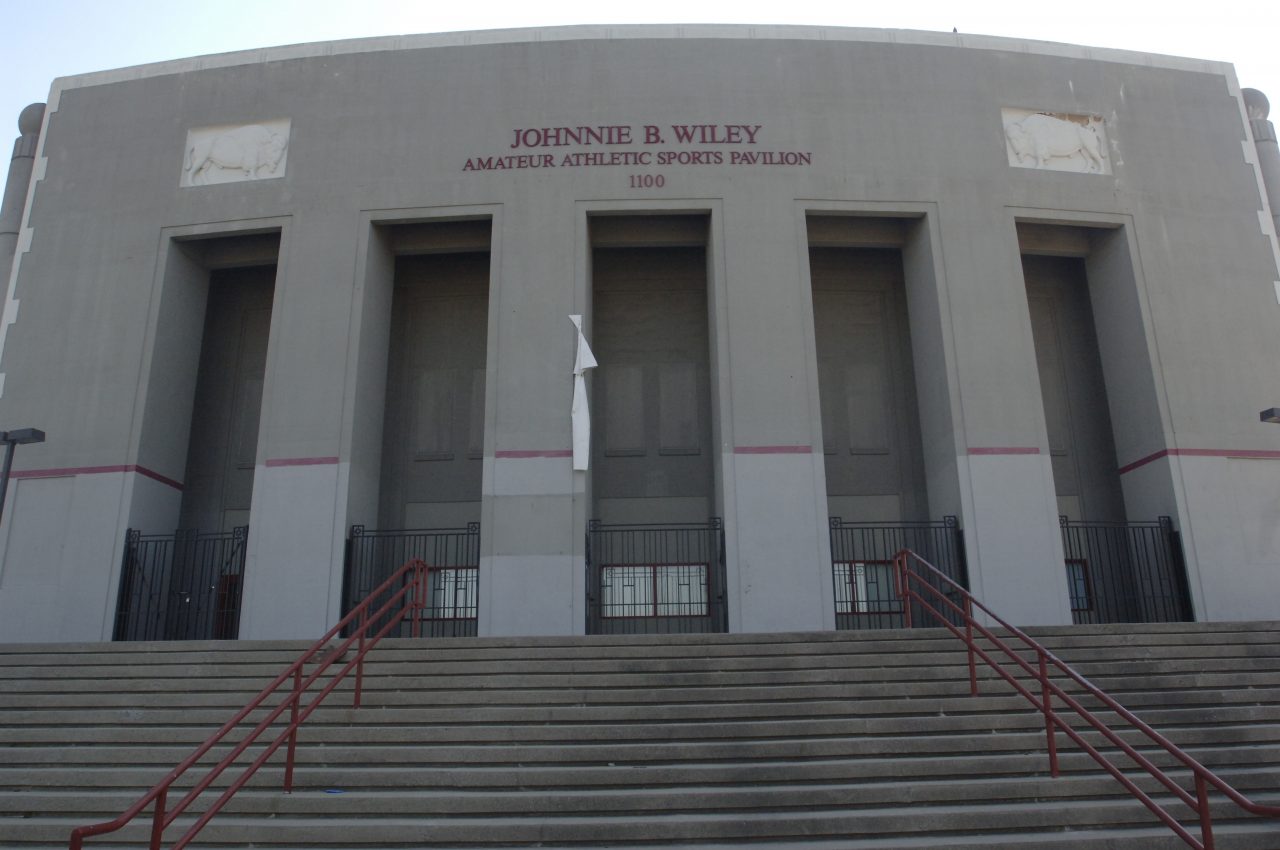 The Johnnie B. Wiley sports pavilion sits on the site of the former War Memorial Stadium, home to the Buffalo Bills from 1960 to 1972. (Derek Gee/News file photo)

Former site of the Aud

OK, so maybe this one is a little more obvious to some. But younger Sabres fans may not know the exact location of Buffalo Memorial Auditorium. Walk or skate around the Ice at Canalside and chances are you’re standing where the Sabres originally played.

Affectionately nicknamed the Aud, the arena was also home to the Buffalo Bandits, the NBA's Buffalo Braves, Buffalo Bisons (American Hockey League), Buffalo Stallions (Major Soccer League, and a plethora of other teams and events. When the canal-waterways are frozen in winter, a special marker points to where the Aud's center ice once faceoff dot once was.

The Greater Buffalo Sports Hall of Fame is the perfect place to get a quick fill of Buffalo sports history. Artifacts from professional athletes, coaches, personalities and other figures connected to the area are displayed in great condition for easy viewing. Check out the Mayor Griffin statue in front of the ballpark before leaving.

After the first NHL Winter Classic featuring the Sabres and Penguins in 2008, the Aurora Ice Association set out to pay homage to the historic event. The association purchased the ice-making equipment from the NHL and, with a bit of help, created a tribute to the event in East Aurora that now includes a pavilion-style roof, locker rooms and warming hut. The rink is open from October to March, and it even offers off-ice summer programs from April to September.

Probably the least-known on the list, North Amherst Recreation Center was used as a practice facility for the Buffalo Destroyers (Arena Football League). The rec center still dons the vintage Destroyers logo on its turf and locker rooms. The best part is that the space can be rented out for private use, so you can have it all to yourself for a bit.

Nestled in Westwood Park is a soccer field that has a familiar orange “S” logo on its turf. While this turf wasn’t used in Syracuse University’s Carrier Dome or any other athletic facilities, it was used in University Union some time ago as a space for intramurals and recreation. It’s still pretty cool to play a game of soccer or ultimate frisbee on it if you have the chance.