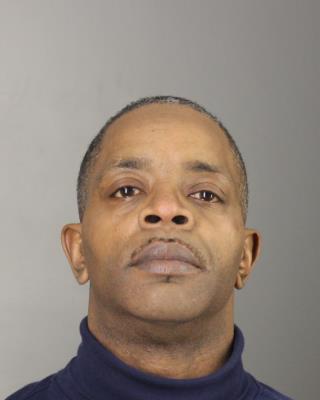 Narcotics investigators seized a half-kilo of the deadly opioid fentanyl and $12,000 in cash Monday during a search of a Box Avenue house, Erie County sheriff's officials said Tuesday.

The seizure followed a traffic stop on William Street in Cheektowaga by members of the sheriff's Narcotics Unit. They executed search warrants for the driver, Eric Jones, 52, of Buffalo, and the vehicle he was driving. Deputies found an ounce of cocaine in Jones' possession, sheriff's officials said in a statement.

The sheriff's Narcotics Unit, joined by members of the Buffalo police Narcotics Unit, then searched Jones' residence on Box Avenue where they found the fentanyl, "cash, an additional amount of cocaine" and drug paraphernalia, sheriff's officials said in a news release.

He was arraigned in Buffalo City Court and was remanded because he was charged with the highest level drug felony.

Jones was out on $10,000 bail on narcotics charges from a Buffalo arrest in November when he was arrested Monday, sheriff's officials said. The news release noted that Jones has been arrested 22 times and has 19 convictions for misdemeanors and one felony conviction.

The seizure comes less than two weeks after a series of raids by local and federal authorities in Buffalo that led to the discovery of two kilos of fentanyl at one residence, along with a kilo of cocaine and a kilo of crack cocaine.

U.S. Attorney James Kennedy noted that just two or three grams of fentanyl, a synthetic opioid often made in clandestine labs in China, can be enough to cause an overdose. He said two kilos of the drug could potentially "wipe out the population of Erie County."

Law enforcement and prosecutors at the local and federal levels have become more aggressive about getting fentanyl dealers off the street, said D.J. Granville, chief of the sheriff's Narcotics Unit.

He also said more people are coming forward with tips about drug dealers.

"People are coming forward with information," Granville said. "A lot more people are willing to come forward because they've lost someone. They're assisting us greatly."

Authorities are working to find out the source of the fentanyl coming into Buffalo, he said.

The drug presents hazards to the law enforcement officers trying to get it off the streets, too, Granville said.

When law enforcement officers entered the Box Avenue residence they found the fentanyl in a large, open zip-close-type bag on the floor of the living room, Granville said.

"It's a danger for us," he said, noting deputies regularly carry Narcan, an opioid antidote spray.