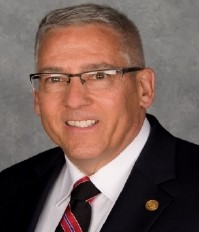 Robert Pecoraro, an at-large alderman, is expected to be nominated later this week as Schimminger prepares to retire at the end of this year. Erie County Republican Vice Chairman Raymond W. Walter said Monday that the local party is impressed by Pecoraro’s resume and that the candidate has applied for Conservative backing as well.

“I think we have an opportunity here,” Walter said.

“He’s the only one who has asked, and I want to talk to him,” Lorigo said, adding that Schimminger for many years successfully competed in the district with Conservative backing.

Democrats have endorsed Tonawanda Council Member Bill Conrad, who is expected to garner strong union support. Kenmore attorney Kevin T. Stocker has also said he will run in a Democratic primary for the seat after competing in several recent elections as a Republican. He did not return a call seeking comment on Monday.

Still, the situation was clarified on Monday when Democrat Marc A. Coppola said he would not run in a primary against Conrad and possibly Stocker. He had previously said he would not challenge the party choice, but said several days ago he would reconsider.

“I made a commitment not to challenge the committee’s choice,” he said. “While I am disappointed that the process was not what it was claimed to be, at least by some, that does not mean that I am willing to compromise my integrity by not abiding by my commitment, regardless of how strongly I feel about the issues I raised during the process.

“Primary campaigns are divisive, often counterproductive to the final goal, and more importantly, put friends, colleagues, and even family members in uncomfortable situations,” he added. “I do not want my candidacy to be the creation or cause of any of those situations.”

Coppola, a former state senator who serves on the state Board of Parole, had been viewed as a potentially serious contender for the seat.