Sugo’s is one of Buffalo’s many proud strip-mall pizzerias tucked into a corner lot and cranking out some of the wildest pies known to man.

A suspected illegitimate Marx brother (can I cite myself as a source?), Sugo is chucking everything from Polish sausage to pierogi on its pizza (up to you to make it into a golumpki) and has enough options to warrant a three-segment breakdown on its menu into “specialty pies,” “more specialty pies” and “deluxe specialty pies.”

A sucker for a weird slice myself, I’m rolling the dice on what Sugo’s calls the pepperoni pie which is a sausage made from cured pork parts cut into discs and baked right on top of the cheese. This Sugo is a freak! Must be a Cheektowaga thing.

Dough: A firm sturdy dough with a convenient little crust curl at the edge that facilitates the SexySlices patented “fold-n-drive” technique. It's a critical grip maneuver that prevents the tip of the slice from flopping hot grease and a few pepperoni parachutes onto your pants at breakneck speeds in your Astro van. 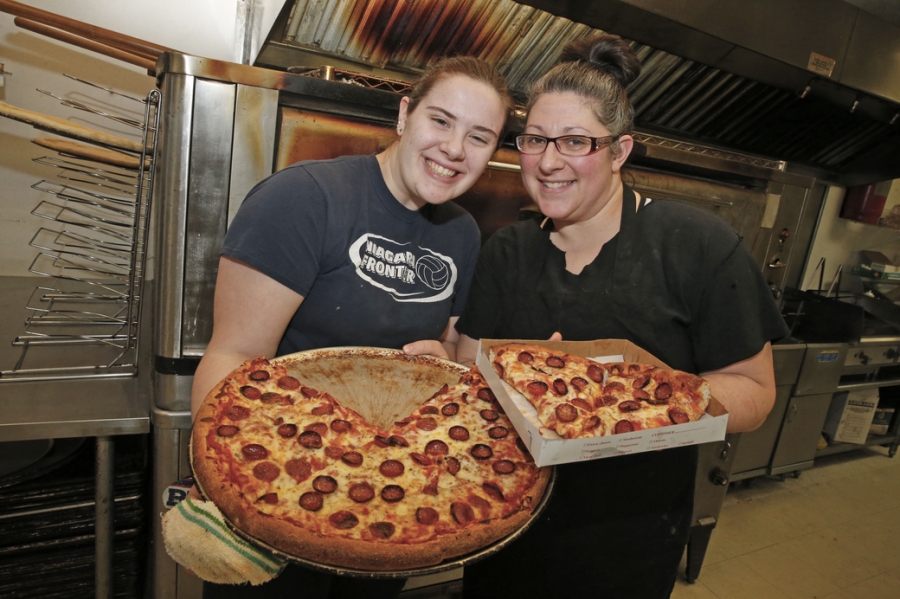 When you need a slice on the go but aren’t wearing your patented SexySlices grease-wicking shorts with the warming pocket, a firm but thin dough like this goes a long way. Plus it has the added benefit of lending a toothsome, tearing bite to the slice that I am quite fond of. Crust was a tad dried out and the bottom could have been darker, but save those aspects – it’s got great flavor and spot-on mouth feel.

Cheese – a SexySlices Standout: It’s rare to get a properly cooked pizza, and Sugo’s delivered. Cheese is typically the second biggest beneficiary of great baking technique behind dough, and the prep behind this pizza yielded a phenomenal result. A tartan patterned tunic of mozzarella flying all the colors of the amber spectrum in broad strokes. Outside sheer visual appeal, it’s fairly abundant, gooey and delicious.

Sauce: From a peak to a valley, the Sugo sauce isn’t bad, but I had to tear up a lot of perfectly good cheesy flooring to get to it for an assessment. Simply put, it’s sparse for my preference and can make for a bit of a gummy bite if you miss the well when digging in for pay dirt. Needs another ladle-full. 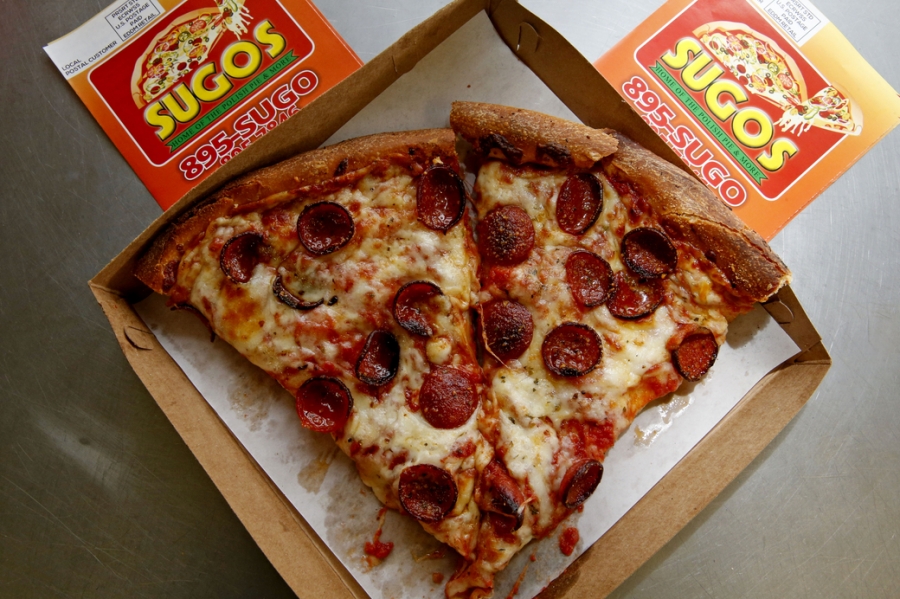 Both the cheese and pepperoni draw high marks for flavor at Sugo's Pizza. (Robert Kirkham/Buffalo News)

Pepperoni: Standard cup and char in appropriate distribution at a glance, but under the microscope (I pop them on like contacts) these boys are a little bubblier and crispier than most. The surface is cragged, crunchy, greasy and sprinkled with an extra dusting of Italian herbs for good measure. Seemingly a tad spicier than most, I don’t know if it’s a different recipe, preparation or some kissing cousin to the norm, but whatever it is, it’s working.

Overall: (B+) An admirably well-baked pie with a resilient dough that’s well worth a try if you’re on a Cheektowaga pizza pilgrimage.

For a place that touts a mammoth specialty pie selection, Sugo’s hasn’t lost sight of the standard and makes a great cheese and pep that sits a cut above the average with technique shining as its greatest strength. I’ve had Sugo’s before and this pie was a huge improvement from my last trip in 2015 making it a front-runner to earn a ribbon for Most Improved and it has my attention to circle back for some of the exotic fare.