It obviously had to come to this.

In retrospect, the only question is: What took so long?

Why did it take this long for the fear that cops routinely cite as justification when confronting citizens in certain neighborhoods to be turned on its head? Why did it take so long for a black man to cite that same fear amid so many news reports of unarmed African Americans killed by police that it became necessary to assert that Black Lives Matter, too?

Cops and prosecutors are outraged that an Erie County Court judge this month acquitted a Buffalo man who used this "duress" defense, saying he sped away from police because he feared for his life.

District Attorney John Flynn, who has called the claim "nonsense" and "ridiculous," fears that letting suspects cite fear as a justifiable excuse could lead to confrontations in which officers get hurt. The police union also is predictably appalled.

But maybe critics should channel that anger into trying to figure out why Marcus Prewitt was so afraid in the first place, instead of criticizing Judge Susan Eagan for understanding that fear when ruling in the bench trial.

Prewitt is no choir boy, and neither was his passenger when police approached their car parked on the wrong side of Northampton Street at about 3:30 a.m. that April morning. Both he and passenger Nicholas Johnson were on parole at the time.

Johnson also had a gun in his waistband, which caused the two cops to freak out.

But Prewitt then freaked out himself, after police unleashed profanity-laced tirades threatening to shoot if Johnson didn’t comply with orders.

After quietly pleading "Please don’t shoot," Prewitt sped off, running over one cop’s foot and dragging both of them a few house lengths before crashing. He was acquitted of assault.

A lawyer not involved in the case called the novel defense applicable, given that the only one of the four who did not have a gun – Prewitt – felt he needed to get out of a dangerous situation.

The duress defense more typically comes into play when, for example, someone is forced to do something illegal at gunpoint. But the three key elements of the defense have a wider applicability.

According to Nolo, an online legal guide, those elements are: an immediate threat, a well-grounded fear that someone will carry out that threat, and no reasonable opportunity to escape.

Flynn takes issue with the idea that there was an imminent threat or a well-grounded fear, saying the officers’ warning was conditional, in the context of "If you grab for your gun, you’re gonna get shot." He also noted that the two cops never actually pulled their guns. 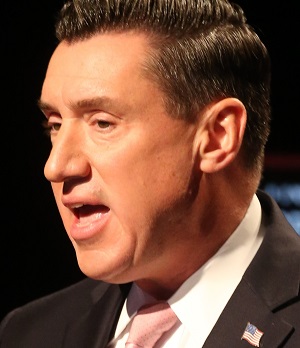 "The defendant would have had a stronger argument to make the case if the officers had displayed their weapons," he said.

Was Prewitt’s fear "well-grounded"? Think Tamir Rice, Philando Castile, Walter Scott and the innumerable other blacks whose fatal shootings by police made headlines. Against that backdrop, when cops warn they’re going to start shooting, what black man wouldn’t believe them?

Did Prewitt have some other reasonable opportunity to escape? Flynn insists he did, noting that the officer who first approached on the driver’s side ran over to the passenger side to help his partner when the gun was spotted. He said Prewitt, still in the driver’s seat, could simply have run away.

But that assumes he was thinking as clearly in the moment as Flynn was after the fact. My guess is Prewitt wasn’t that clear-headed, given the threat. But even if he had been perfectly rational while wanting to get out of that dangerous scene, would he get further, faster on foot or in a car?

Either way you look at it, hitting the gas pedal made sense at the moment.

Eagan certainly thought so in issuing a courageous decision she surely knew would upset both cops and prosecutors.

But the decision also is a reminder of the dangerous gulf that still exists between police and some of the communities they are supposed to serve.

It’s a reminder of "the talk" that black parents still give their sons, regardless of economic status, to safeguard them as much as possible from what often feels like an invasive force that really doesn’t understand the community it is policing. That can be especially true when race comes into play – both suspects here are black, both officers are white – but can also be factor when black cops get swept up in a departmental culture.

On the other hand, there is the fact that 134 officers across the country died in the line of duty last year, 49 of them by gunfire, according to the Officer Down Memorial Page website. Police have their own version of "the talk," embedded in the public consciousness by the "Let’s be careful out there" reminder that started early episodes of the 1980s cop drama "Hill Street Blues." Some of the fear cops cite is real. But some of it also is fueled by the persistent societal stereotype that every black male poses a mortal threat that justifies shooting first – or threatening to shoot – and asking questions later.

Rod Watson
Yes, this virus discriminates, because we still do
Retraining workers is vital now, but that focus should continue post-virus
Other threats when fighting COVID-19: secrecy, budgetary opportunism
Lesson from North Buffalo hate crime trial: Get it in writing
More Stories

That mindset makes the fear felt by people like Prewitt justified.

So how do we reduce the fear on both sides and bridge that gap, since fleeing the police – despite this one ruling – still carries its own legal and physical risks?

"We are trying," Flynn said, noting that he started a Community Prosecution Bureau to work with young people and community groups to build relationships and "break down that fear."

He also pointed to the Buffalo Police Department’s community policing initiatives and cited the testimony of the girlfriend and a witness who this month helped convict the killer of a grandmother and her toddler grandson in 2018’s horrific Grape Street shootings as evidence that such efforts are paying off.

"Do we have more work to do? Absolutely," he said, adding that building that trust also involves showing the community that bad cops will be held accountable.

To that end, he pointed to the successful prosecution of former Erie County Sheriff’s Deputy Kenneth Achtyl, who broke the nose of a Buffalo Bills fan and then tried to cover up the assault.

But Prewitt’s fear and Eagan’s understanding of it indicate that Flynn is right in saying there’s still a lot of work to be done.

The Buffalo police union leader said Eagan’s decision shows it’s "not a good time to be a cop."

I’m still waiting for when it will be a safe time to be a black man confronted by cops.

When we reach that point, maybe we won’t have to argue over cases like this.