Ballston Spa in August 1988. My father looked at me, shook his head, said, “Have a safe trip,” and walked back into the house through the garage. His “What the heck is wrong with you?” was implied, not explicitly stated.

I looked at my weathered 1975 Oldsmobile Starfire, a tiny blue hatchback purchased from my benevolent grandparents for a song, and tried to consider my father’s silent “I raised an idiot” from his point of view.

I was about to make the trip from Ballston Spa to Fredonia – 300-plus miles across the state – in a 13-year-old car with high mileage and a dubious suspension, its interior stuffed so tightly with vinyl records the little buggy’s tail-end was sagging beneath the weight. The idea of leaving any of that precious cargo behind, to lighten the load, and quite likely, make the trip much less of a white-knuckle experience? Well, it never even occurred to me. How was I supposed to survive college without my record collection?

I share this simply to underline the unflinching, single-minded zealotry of the serious vinyl-head. That fall day when my dad realized I valued my vinyl collection more than my own safety took place in the same year CDs first eclipsed vinyl records in sales, a mere three years after Dire Straits released what many consider to be the first “album” of the CD age, “Brothers in Arms.”

Make no mistake – I was purchasing CDs as quickly as those “starter” student credit cards arrived in the mail, but I had no plans to abandon my vinyl. Perish the thought!

Fast forward to 2019, and for the first time since 1988, vinyl sales eclipsed CDs, racking up $18.84 million in sales, making a 14.5% jump from the previous year and continuing a decadelong trend that found vinyl showing yearly sales increases. The CD spent that same period on life support, as sales numbers dropped concurrent with vinyl’s rise from the grave. (Not too paint too rosy an image – digital streaming still accounts for 80% of music “sales.” Vinyl remains a fringe obsession, if a robust one.) 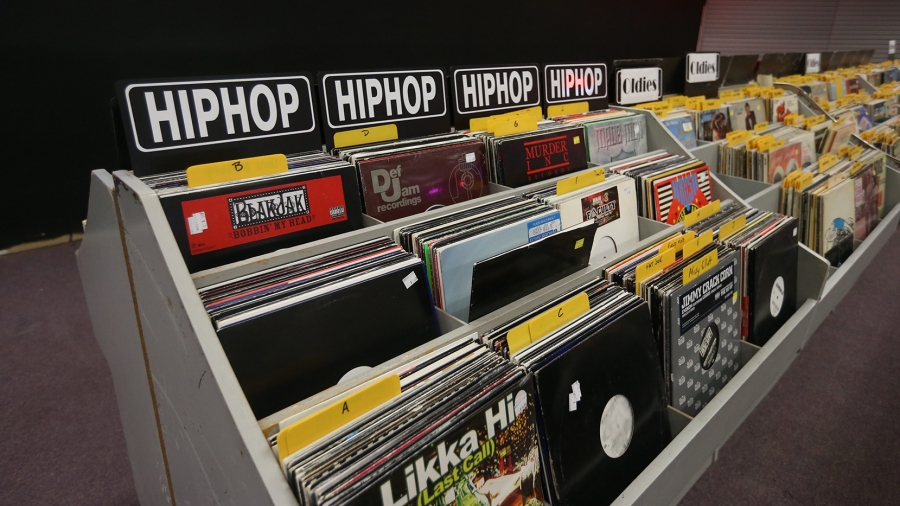 Independent record stores, all but wiped off the face of the earth by the rise of the big-box retailers in the early 2000s, have begun popping up in both urban and suburban areas as vinyl claws its way back into existence. The stores are aided by the annual Record Store Day and Record Store Black Friday sales events that target vinyl fanatics and serve the need for a physical, artisanal product in the age of digital streaming. New storefronts – Cool Beat Music & Books in Cheektowaga and Hi-Fi Hits in Williamsville among them – have opened and begun building clientele locally, reflecting a national trend.

Things have been going well, and recent trends suggested more of the same to come.

Then came the fire.

There are only two companies in the world that manufacture the lacquer necessary to make the master discs that vinyl records are cut from. One of them is in Japan. The other, which has been handling the majority of the work during the vinyl industry’s new boom, is called Apollo Masters, and is located in Banning, Calif. On Feb. 6, Apollo’s manufacturing facility was decimated by a devastating blaze that happily left no employees injured. It did, however, strike a serious blow to the entire vinyl industry.

A note on the Apollo Masters website minced no words: “We are uncertain of our future at this point and are evaluating options as we try to work through this difficult time.”

In that same Pitchfork piece, Ben Blackwell, co-founder (with Jack White of the White Stripes/Raconteurs) of Third Man Records, sounded even more alarmed than did Read: “From my understanding, this fire will present a problem for the vinyl industry worldwide," he said, adding Apollo is also the “primary or possibly only supplier of the styli” used in the vinyl pressing process.

“I imagine this will affect everyone, not just Third Man Pressing and Third Man Mastering, but to what extent remains to be seen,” Blackwell concluded.

All of this comes on the heels of revelations last year the 2008 fire on the Universal Studios lot in Hollywood destroyed much more irreplaceable material than was first reported. Although representatives from the Universal Music group downplayed losses at the time, a 2019 New York Times investigative piece says more than 500,000 multitrack masters of singles and albums from some of the most popular artists of the 20th and 21st century were lost in the blaze. Considering a big part of the vinyl resurgence has come courtesy of the sale of pricey reissues, remasters and box sets of historical recordings, this adds up to more bad news for the vinyl portion of the music industry. 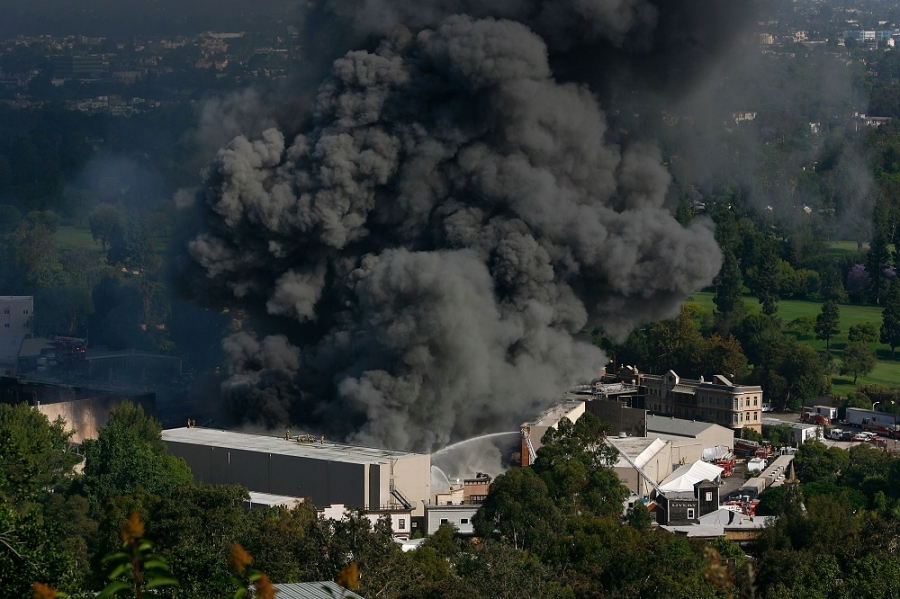 What emerges is an image of a strongly supported resurgence in vinyl production and sales, bolstered by the dollars of both a largely young consumer base and a reliable contingent of older vinyl "lifers," that is still somehow so precarious that a fire in one central warehouse can threaten to derail the entire movement.

Further consolidation within distribution networks, to the point where one or two companies are responsible for sorting and shipping vinyl records to all the stores in the U.S. market, deepens the impression we are witnessing a train wreck in slow motion.

Read, from Toronto’s Duplication, did suggest there are at least a few adults in the room when it comes to managing a way forward for the retail side of the vinyl resurgence.

“In my almost 40 years (of) experience,” he said in the Pitchfork piece, “the vinyl industry as a whole is incredibly resilient, and filled with talented professionals who will, and already are, teaming together to find a way out of this current problem.”

Let’s hope so. In the meantime, I’d suggest buying vinyl that appeals to you whenever and wherever you see it. Don't wait.

Oh, and in case you were wondering – that vinyl collection that made my father think he’d raised a fool? It made it up and down the Thruway a few dozen more times, before finally settling down in Buffalo. For good.

Love your vinyl? Come celebrate that fact at Sportsmens Tavern on the second Monday of each month, when The News presents Gusto Vinyl Happy Hour, a combination vinyl/live band experience, presided over by News music critic Jeff Miers and 97 Rock DJ Anita West. The next installment in the series will honor Bob Marley & the Wailers' 1977 magnum opus "Exodus." Tickets are available at BuffaloNews.com/vinyl. 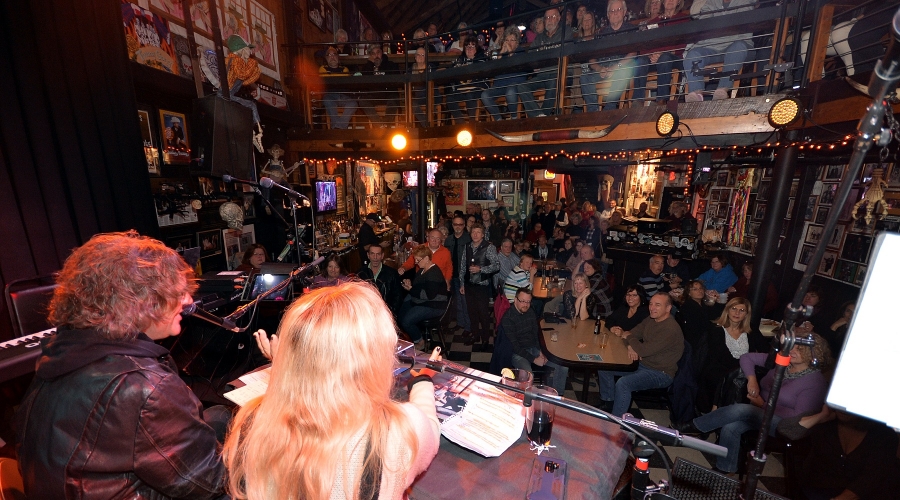 Gusto Vinyl Happy Hour is held at Sportsmens Tavern on the second Monday of each month. (John Normile/Special to The News)