It's not as formal as Curtain Up! or as popular as the World's Largest Disco, but Mayor Byron W. Brown's State of the City address has, nonetheless, become a big-time event in Buffalo.

It is, politically speaking, a red carpet affair – a two-hour, $100,000-plus extravaganza that gives attendees a chance to see and be seen among the city's movers and shakers.

A record 2,200 people plunked down $65 per ticket Thursday — a $15 increase from last year — to eat lunch at the Buffalo Niagara Convention Center while listening to Brown talk about the year that just passed and the one that lies ahead. Dozens of companies donated thousands more to be listed as event sponsors.

A nonprofit fund Brown established controls the more than $265,000 the State of the City has netted – after all the bills are paid – since Brown became mayor in 2006. The money will eventually be donated to charity, the mayor said.

With an audience of city officials, contractors and developers, as well as politicians, business executives, neighborhood activists and civic leaders – many watching giant screens that projected the mayor's image throughout the second floor of the Convention Center – this year's State of the City event sometimes took on the feel of a political pep rally.

In fact, while the luncheon shindig is not financially connected to Brown's political fund, many of the State of the City attendees – who applauded 58 times during Brown's 56-minute speech – are the same people who donate to Brown's campaigns.

"It's a little bit of everything," said Niagara District  Councilman David A. Rivera, who attended. "It's political people. It's people who like to rub elbows and see who is here. It's business people who want to hear what's planned." 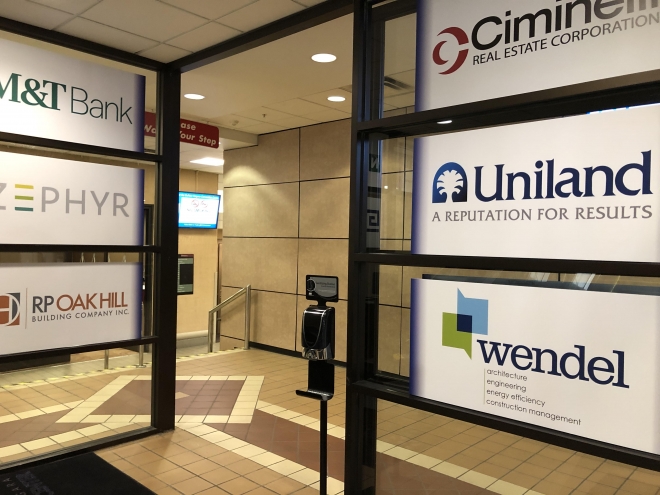 Brown's State of the City luncheon address has become increasingly popular – and pricey – during the mayor's 15 years in office.

More recently, attendance has doubled, and the event has become more of an audio-visual mega production – with screens around the convention center giving the audience close-ups as Brown speaks and displaying slickly produced videos promoting Buffalo. The event now costs around $125,000 and carries a $65 per ticket price tag.

The finances for the event are handled through the Mayor Brown's Fund to Advance Buffalo, a nonprofit charitable organization Brown established in 2006. The organization, as required by law, files annual reports with the New York State Secretary of State's Charities Bureau. The most recent filings available are for 2017.

Per the organization's records, the mission of the Mayor Brown's Fund to Advance Buffalo is to support charitable organizations. Net profits from the State of the City through 2017 average $22,250 annually, with the amount increasing in recent years.

The fund had about $265,000 in accumulated assets as of 2017, revenue from State of the City luncheons dating back to 2007, according to the reports.

None of the money has been distributed, and there's no immediate plan for how or when it will be spent. The plan was always for the fund to grow to the point that it would have a significant impact, Brown said.

"At this point, we haven't determined what charitable activity we will contribute the funds to," the mayor said. "We want it to be something that will really benefit children and families in the city."

Some in the Brown administration suggested the mayor might let the fund grow until he's ready to leave office and make a donation in his final year as mayor. Brown said that isn't necessarily the case.

"It could be any times we feel that the right opportunity presents itself to do something that will significantly impact children and families," he said.

From the onset, Brown said, the idea was to turn the State of the City into a community event – not a political one – that would instill pride in Buffalo, as well as create a charitable fund.

As the event has expanded, more businesses and organizations have supported city initiatives and even partnered with the city, Brown said, citing his announcement Thursday that Roswell Park will fund 100 summer jobs as part of the Mayor's Summer Youth Employment program.

"By doing it in a bigger way," he said of the State of the City event, "we want to project a positive vision for the future of the community, to bring the community together for the benefit of the city."

The scope and financial structure of Brown's State of the City appear to be unique in upstate New York's biggest cities.

While Brown delivered his annual address during a luncheon event before 2,200 people at the Buffalo Niagara Convention Center, the mayor of Albany delivered her annual speech in the Albany Common Council chambers. The public was invited to the evening session. A few dozen people attended. There was no charge. No food.

It's similar in Syracuse, where the mayor's 2020 State of the City evening speech was free and was held in an auditorium of an academic building at the Upstate Medical Center, the largest employer in Central  New York.

In Rochester, the speech is often given in the evening and is held at different venues, depending on the theme. When the State of the City focused on education, for example, the speech was given at an elementary school. The event is free and open to the public. It usually attracts a couple hundred people, according to the City of Rochester public information office.

While Brown is the only mayor among these upstate leaders with a luncheon address that attendees pay to attend, the Buffalo event does provide free seating for people interested in attending without lunch. There were about about a dozen such seats lined up without a table in the back of the Buffalo Niagara Convention Center during Brown's speech Thursday.

Two women in those seats said they wanted to hear Brown's speech but weren't interested in lunch. Other seats were occupied by SUNY Buffalo State students, including David Gorgush and Avery Green, who are enrolled in a class called New York State Government and Budgets.

One of their instructors encouraged the class to attend the mayor's speech, they said, and even provided tickets for the free seats.

Who is their instructor? 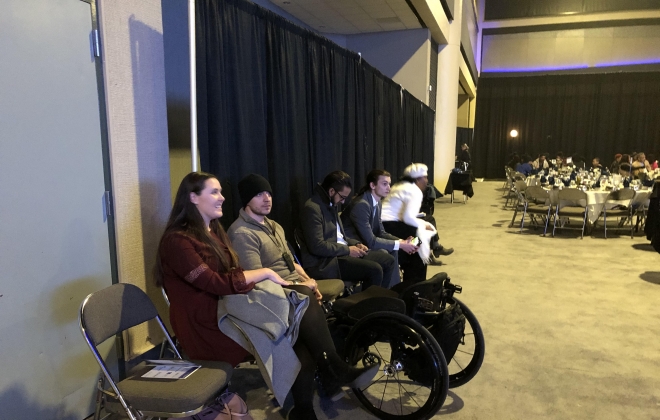