“There can be no greater issue than that of conservation in this country.” – Theodore Roosevelt

Many people in Western New York fail to see the tremendous work that goes on behind the scenes to protect and enhance our natural resources, a grassroots effort that sportsmen and women undertake to not only focus on the present, but to plan for the future. The Niagara County Federation of Conservation Clubs paid tribute to some of its own last weekend as it held the group’s annual awards banquet for 2019 in Lockport.

Like it is every year and in nearly every county across the state, the slate of winners is a who’s who in the outdoors. The common grounds often involve hunting, fishing, shooting sports and general conservation work, but all contribute to the big picture of serving as stewards of these resources and passing the torch to the next generation.

“People don’t do this work for the awards,” said Chris Schotz, president of the NCFCC and emcee for the banquet. “However, it’s still very important that we recognize them to let people know what they do for the common good of the county’s conservation movement.”

One thing was evident, area conservation leaders aren’t getting younger. Two recipients were presented posthumously, an unfortunate occurrence that seems to happen regularly among the outdoor fraternity.

The late Steve Harrington of Gasport died unexpectedly a few years ago while he was deer hunting. He was the catalyst behind the popular Erie Canal Fishing Derby, an idea he had 30 years ago this year. On Saturday, he was an inductee on the Don Bronson Memorial Conservation Wall of Fame. His wife, Lynn, accepted the plaque as family looked on. She will use that same family support to hold the 30th annual Erie Canal Derby in July.

The late Mike Alfonso, with Johnson’s Country Store in Lockport, died last year, and his passing was another shock to family and friends. His wife was given a plaque for the John Long Sr. Memorial Award for Top Businessperson in honor of Mike and his strong support of the federation. 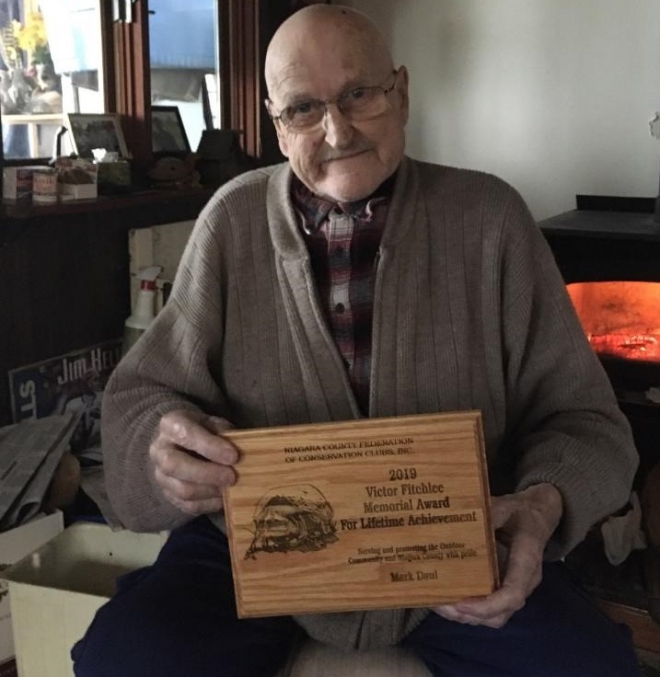 The Victor Fitchlee Memorial Lifetime Achievement Award winner was Mark Daul of Youngstown. He could not attend the awards banquet due to health-related issues, but he was well represented by family. Daul was one of the charter members of the Niagara River Anglers Association, a group that grew to more than 1,000 members at one point. NRAA Central was at Mark's Tackle, Daul's tackle shop in Niagara Falls.

At one point, the NRAA was recognized by the National Wildlife Federation as one of the top fishing/conservation clubs in the country and Daul was in the middle of it. The group was involved with a walleye aquaculture project that became a model for the state to follow and they started the Niagara River salmon and trout pen rearing project. Daul was an outdoor writer in local papers, too, and for years managed a very successful website until he couldn’t do it anymore. He’s now 83.

The Leroy Winn Memorial Club of the Year Award was bestowed upon the New York State Rifle and Pistol Association for its support of the state’s Second Amendment causes. John Butcher, of Lockport, who sits on the board of directors for the group, accepted the award and talked about the importance of the work that is being accomplished. 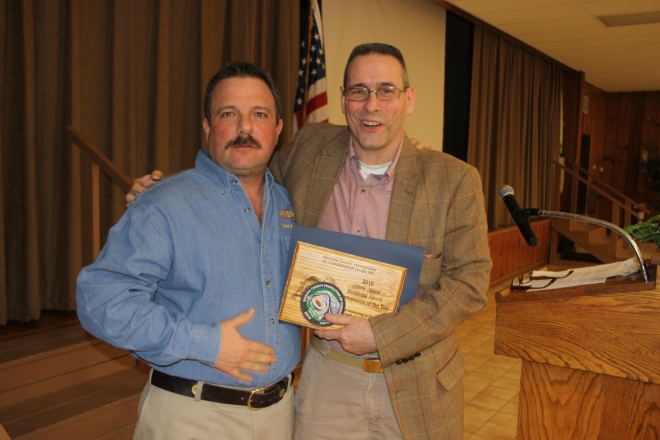 Roger Coolbaugh of Niagara Falls was the recipient of the Oliver Jones Memorial Award for Sportsperson of the Year. Presenting the award was John Butcher of Lockport. (Bill Hilts Jr./Buffalo News)

Roger Coolbaugh of Niagara Falls was the recipient of the Oliver Jones Memorial Award, symbolic for the Sportsperson of the Year in the county. His volunteerism stood out among the rest, serving every function in 2019 with the Federation’s Mobile Air Rifle Range. Coolbaugh is the kind of person who would rather remain in the shadows and get the job done.

The Milford “Pinky” Robinson for dedication to the Great Lakes fisheries went to Scott Scheffler of Newfane. He recognizes the importance of sportfishing in the community as he runs both the Town of Newfane Marina and Fisherman’s Park at Burt Dam. He also goes above and beyond his call of duty, be it for special fishing contests run out of his facility or in dealing with the high-water levels his marina has had to overcome. He also serves on the county’s Fisheries Development board.

The Carl Lass Memorial Award winner for Youth of the Year went to William “Billy” Click of Grand Island, a strong member of the Junior Club at the Three-F Club in Lewiston. He is the top shooter who helps train younger shooters. He carried the NRA Civilian Award for Distinguished Expert Marksman. He will join the Navy after he graduates from Grand Island High School this year. 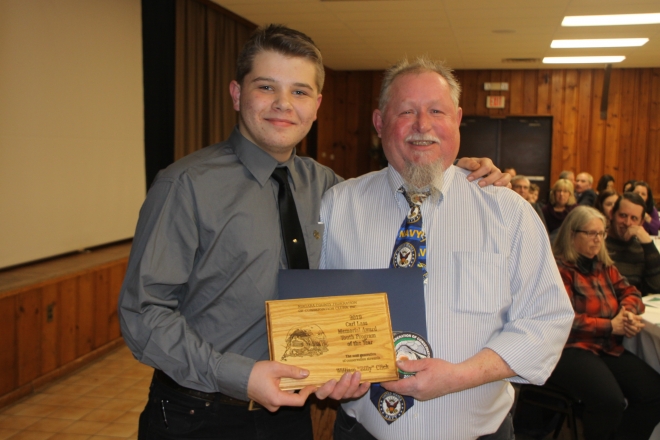 Equally as impressive in the youth department was one of the Ken Berner Memorial Award winners for dedication to conservation. Brad Britt of Lockport is in his first year at SUNY Cobleskill to become a fisheries biologist. He has volunteered with DEC and the U.S. Fish and Wildlife Service to help foster his career path. He worked with the Western New York Chapter of Trout Unlimited to assist with Project Healing Waters, which is dedicated to the rehabilitation of veterans through fly fishing. These are some shining stars for the future. However, we need more people like these two guys to really make a difference.

A second Ken Berner Award recipient was Ruth Weaver-Metzger of Wilson, an important cog in the Wilson Conservation Club Auxiliary. Since 1985, when she became a member, she has served 20 years as president, nine years as vice president and four years as a board director. 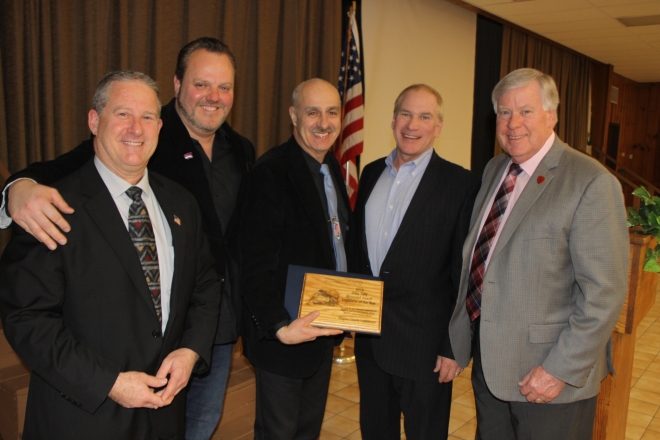 Winner of the John Daly Memorial Award was the Niagara County Legislature. From left to right are legislators John Syracuse and Jesse Gooch, Ed Pettitt, who presented the award, and legislators Will Collins and Dave Godfrey. (Bill Hilts Jr./Buffalo News)

The John Daly Memorial Award for top elected official went to the Niagara County Legislature for its support of the Second Amendment, a bipartisan support that has carried through the years. It’s been much more than that, but that was the action identified in the nomination.

For hunter safety education, two individuals were recognized, one for firearms and one for bow. The James Reed/Donald Meyer Memorial Award for Hunter Education with firearms went to Bob Britton of Sanborn. The Steve Fountain/Arch Lowery Memorial Award for Hunter Education as it relates to bow went to Dave Schmidt of Newfane. He is a longtime member of the Wilson Conservation Club.

If you run into any of these dedicated people, offer your hand and thank them for their service to the conservation community.