Allentown Pizza is the last vestige of late-night eats on Allen Street before stepping eastward into the dreaded desert of packaged gas-station munchies.

If you find yourself there, I can make a bankable bet you’re in either one of two positions: The first and more familiar to yours truly being you’ve shakily careened out of an overcrowded bar having struck out, resigning yourself to the fact the only hot and steamy action you’re going to land is a face full of far too much pizza; the other is you’re vegan, as they have, to my knowledge, the only vegan pizza options in the area.

Dough: This dough is one small step away from raw in the middle. There are select bites that texturally perform like the undercooked cinnamon rolls you refuse to put back in the oven from sheer savagery. The crust is disproportionately massive and even fully exposed to the heat has baked to a tacky underdone.

Cheese: The individual shreds of what I’m almost certain is pre-shredded cheese haven’t melted and are still easily distinguishable from one another in this thick patchwork of gritty dairy. Though the quantity is there, the egregious underbake sank this cheesy charter before she ever had a chance to leave port.

Sauce: Dusted heavily with oregano inside and out, it looks like an Italian confetti popper exploded on this pie. There is more herb in this pie than on a Willie Nelson tour, but it sadly doesn’t translate to much flavor or heady country jam sessions. Though there’s a fair amount under the floorboards, this thick crimson concrete doesn’t provide the proper medium to marry the flavors and delivers poor mouthfeel to boot.

Pepperoni: The Buffalo “B.” Average count, average char. An unfortunate highlight of the experience that will save this from the sparsely populated “D” group. 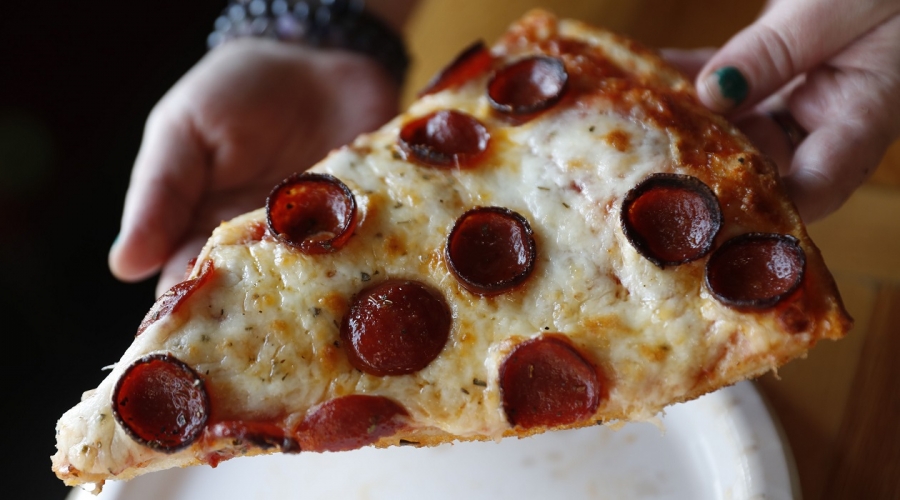 This photo of a cheese and pepperoni slice at Allentown Pizza was not taken during the same visit as the @SexySlices review. (Sharon Cantillon/Buffalo News)

Overall (C-): A pie best consumed under the cover of darkness and a warm beer blanket.

Great Lakes in West Seneca
Leo's Pizzeria in East Aurora
La Nova on West Ferry
This is Buffalo, where pepperoni pizza matters
How one anonymous man made reviewing Buffalo pizza his mission

Despite a fundamentally flawed sauce, even aspects that could have potentially shined like the dough and cheese were cut down at the knees by being underbaked. Something I’m more willing to understand with a tipsy late-night line out the door than at 7 p.m. on a Thursday.

Though I can’t say I won’t be back for a 3 a.m. Buffalo chicken slice and garlic knots, I can say that it’s not a pizza I would recommend for much more than comforting sustenance with familiar flavors in a time of need.

Hours: 11 a.m. to midnight Sunday through Thursday; till 4 a.m. Friday and Saturday.