FALLS CHURCH, Va. — Burt Solomon isn’t from Buffalo, but it’s fair to say that our fair city plays an outsize role in his life.

His twin grandsons often wear Buffalo Bills and Sabres T-shirts, for the simple reason that Solomon’s son-in-law is a Buffalo native who grew up on Fordham Drive, steps away from the spot where William McKinley was shot at the Pan-American Exhibition in September 1901.

Solomon’s new novel, “The Attempted Murder of Teddy Roosevelt,” is set just a year later, in September 1902, when Roosevelt’s horse-drawn carriage was broadsided by an electric trolley in Pittsfield, Mass.

History remembers it as an accident, but Solomon’s historical thriller reimagines it as an attempted assassination. Secret Service agent William Craig, who was killed in the collision, had been assigned as Roosevelt’s bodyguard a year earlier, after McKinley died in Buffalo.

“If it weren’t for Buffalo,” Solomon says wryly, “there wouldn’t be a book.”

The echo of that gunfire at the Temple of Music sounds in several places in Solomon’s novel, which is told in the first-person voice of John Hay, personal secretary to Abraham Lincoln and secretary of state for McKinley and Roosevelt. 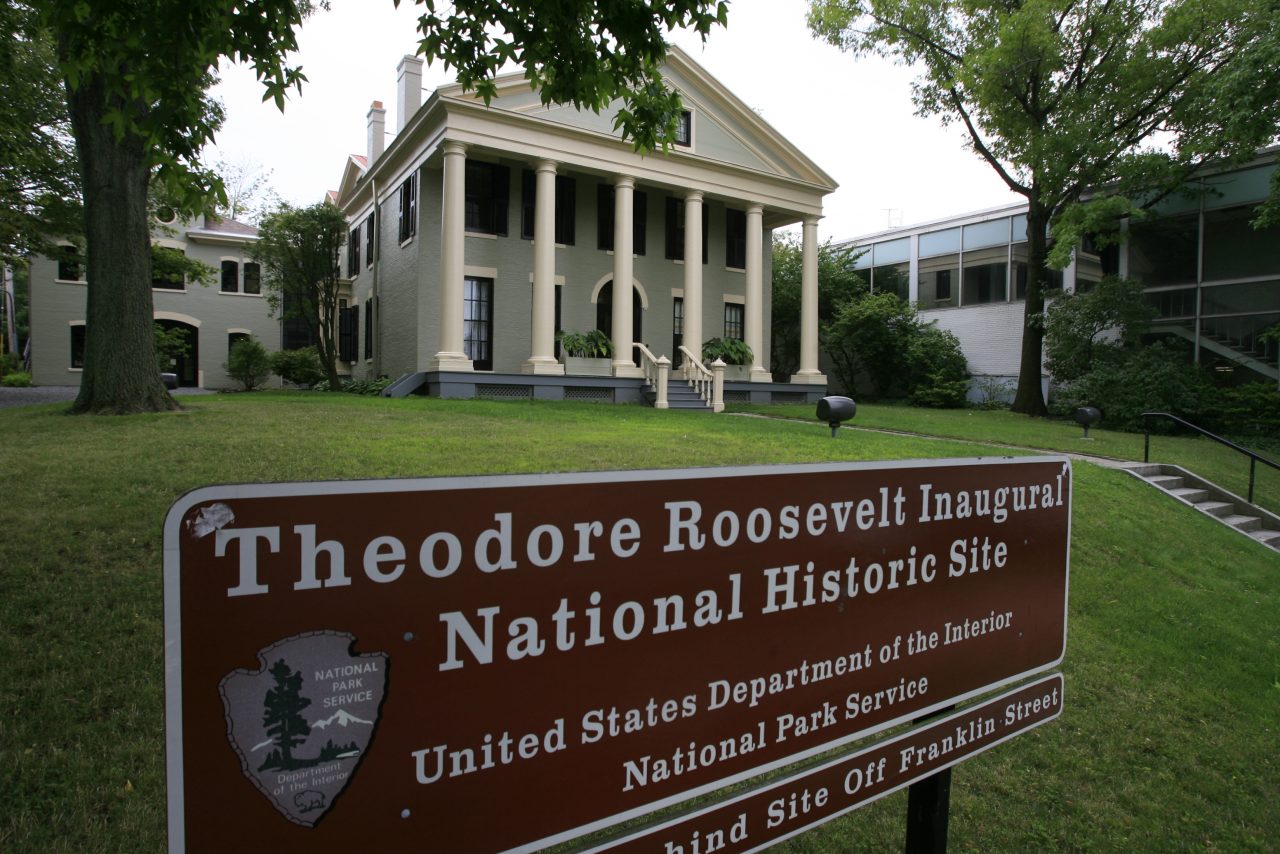 Presidents Day is a good time to remember Millard Fillmore and Grover Cleveland (who lived in Buffalo) as well as McKinley (who died there) and Roosevelt (who was inaugurated there).

Solomon, 71, is a presidential historian who covered the White House and other aspects of Washington life for the National Journal. He was awarded the Gerald R. Ford Prize for Distinguished Reporting on the Presidency in 1991.

Solomon is telling me all this in the Northern Virginia home of his daughter, Anna, and son-in-law, Jasyn Polowitz, who is a graduate of City Honors School and Cornell University. Their 4-year-old twins, Nolan and Jack, are racing around in those Bills and Sabres shirts.

“I’m not in favor of that,” Solomon says. “You should root for your local team. The kids aren’t from somewhere else.”

Polowitz pays this no mind. He says he’s raising the boys as Bills fans but will let them decide on the Sabres themselves. As it is, he and Anna attend Washington Capitals games pretty much only when the Sabres are in town.

Solomon is a contributing editor to The Atlantic and the author of 2017’s “The Murder of Willie Lincoln,” his first John Hay mystery. He’s got a third one in the works and freely admits that by now Hay has become a sort of alter ego.

Solomon skillfully blends historical fact with plausible fiction in his detective stories that are populated by real-life characters. The new book brings to life journalist Nellie Bly, who becomes a sort of Watson to Hay’s Holmes, as well as financier J.P. Morgan — not to mention “Big Bill” Craig, the Secret Service agent who was crushed by the trolley.

“It was because of Buffalo that the Secret Service assigned an agent as a bodyguard to the president,” Solomon says. “That’s why Craig was in that carriage.”

As it happens, Burt Solomon and his wife, Nancy Tuholski, are close friends of Bill and Sue O’Brian. Bill is from the Town of Tonawanda, where he was an All-Catholic cross-country runner for St. Joseph's Collegiate Institute.

“I’m surrounded by Buffalo,” Solomon says, “through no fault of my own.” 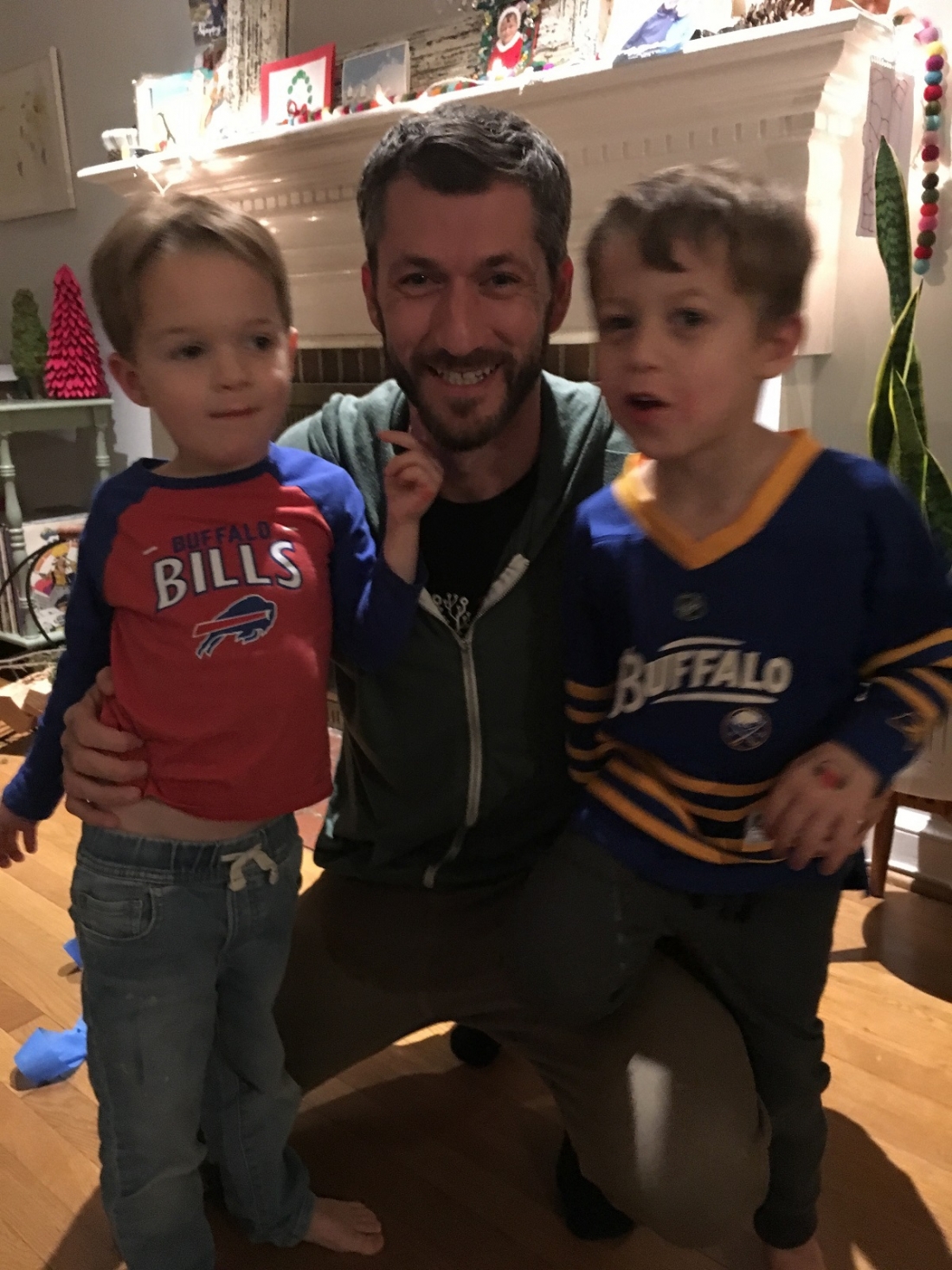 The families met when their kids, Anna Solomon and Adam O’Brian, became best friends in first grade. And when Anna married Jasyn, one result was the sort of cosmic coincidence that can happen only in Buffalo, or so we like to believe.

Jasyn’s parents met Bill O’Brian at the wedding reception. Talking about their Buffalo backgrounds, they discovered that when Bill and Sue moved out of the upper flat at 159 Anderson Place in 1982, Steve Polowitz and Candee Caprow were the couple who moved in.

More proof, as if any were needed, that Buffalo is less a big city and more of a small room.

OK, but our cold is our bond. That, at least, is how Jasyn sees it.

“Going through big snowstorms is a unifying force,” he says. “You dig each other out and go through this crazy thing a couple of times a year together. It brings people out of their houses.”

That’s how Buffalo gets to be known as the City of Good Neighbors. Jasyn fondly remembers his own neighborhood on Fordham. Kids would play touch football in the street. On the grassy median — which was inbounds — a small stone marks the spot where McKinley was shot.

And sometimes Jasyn would streak down the street on a pass pattern and jump over the stone that would one day be a jumping-off point for his future father-in-law’s latest novel.