CENTURY CITY, Calif. – Carolyn Cassidy drove from her office west of Beverly Hills to Walt Disney headquarters 45 minutes away in Burbank to meet her bosses several months ago.

She didn’t know why she was summoned for a meeting, but she was “excited and nervous.” So she took a memento from her late father, former WKBW-TV General Manager Paul Cassidy, with her for support.

“I keep my dad's wedding ring on a gold chain and I wore it when I went into that meeting so I felt like my dad was with me,” said Cassidy, tears rolling down her face as she described the scene. “I wear it a lot. … If I have an important event or a big meeting or I wear it if I just feel like I need an extra like boost from my dad. I cried in the parking lot after that.”

By the time the meeting was over, Cassidy learned that she was being named solo president of 20th Century Fox TV, which is now owned by Disney, effective this June. She will be in charge of more employees than she can count and a budget that is so large that she couldn’t immediately pinpoint it.

Her new job makes her arguably the most powerful woman executive in television history who has local ties.

She may already have been that in her current role, president of creative affairs for the studio, in charge of development for comedy, drama and animation. Cassidy oversees the production of 30 series across platforms and different networks, including “Bob's Burgers” and the “911” franchise on Fox, “This Is Us” on NBC, “Modern Family” on ABC and “American Horror Story” on FX.

Now that 20th Century Fox TV is owned by Disney, it is primarily tasked with supplying sister platforms ABC, Freeform, Hulu, Disney Plus, National Geographic and FX but still works with Fox and is developing programs for Amazon, Netflix and Apple.

Her corner office on the 20th Century lot on Pico Boulevard with a view of a golf course is decorated with mementos of her successes in different roles at the four networks where she has worked.

There is a picture of a magazine cover for “This Is Us,” an NBC show that began as a spec script from Dan Fogelman that was developed when Cassidy was working in the current series. 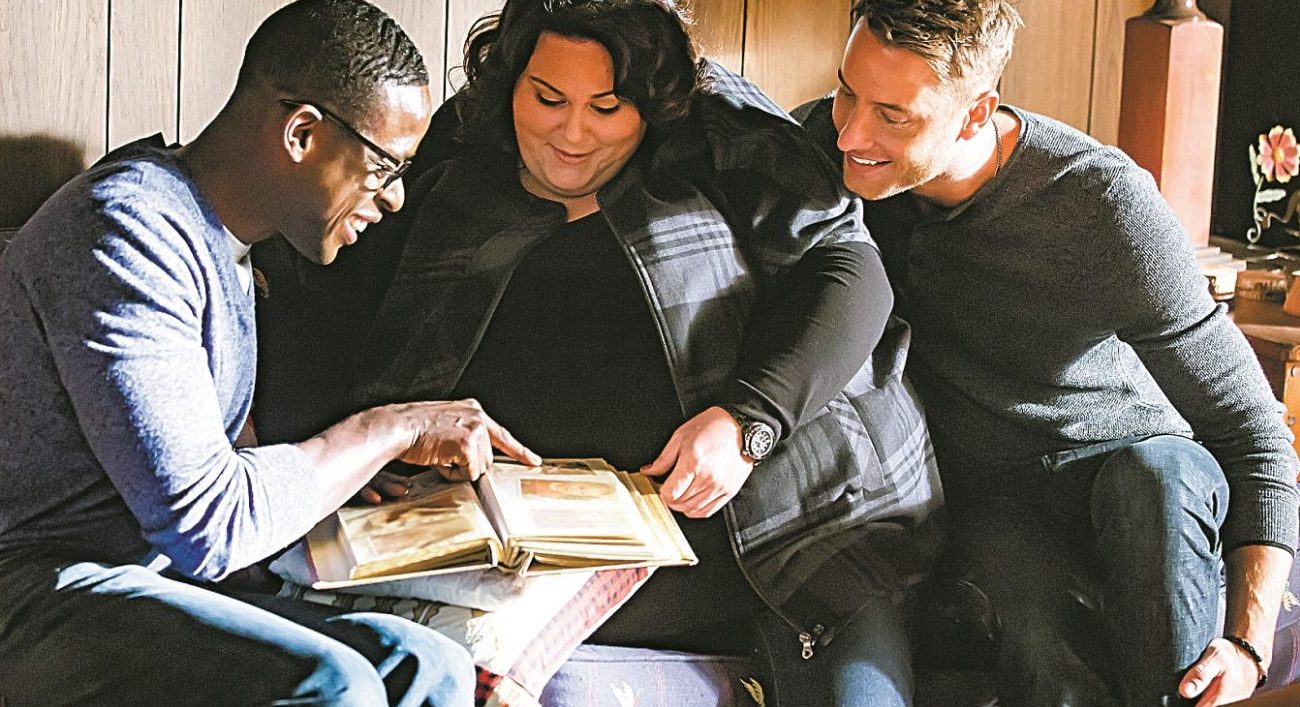 Carolyn Cassidy oversees the production of many shows including NBC's "This Is Us," starring, from left,  Sterling K. Brown as Randall, Chrissy Metz as Kate and Justin Hartley as Kevin." (Ron Batzdorff/NBC)

“It didn't go through a ton of network notes, became fully formed and beautiful and NBC made the pilot, and I remember watching it and I just was so taken with it and I'm just like crying in front of coworkers watching it,” recalled Cassidy. “I can take no credit for that show. … For shows like that, the smartest thing to do is get the hell out of the way.”

There also is a bobblehead on a shelf in her office of Dwight Schrute, “The Office” character played by Rainn Wilson, an NBC show run by Greg Daniels when Cassidy was the current series executive on the first couple of seasons.

“That was one of my best professional experiences,” she said. “I loved working with Greg Daniels. I loved that show, and it was the little show that could.

“I still saved the research report from that. It was a lot of rejection and a lot of belief that Michael (the lead character played by Steve Carell) was too terrible of a character. What was interesting was that a small portion of the audience absolutely loved it. I sometimes remember that sometimes you don't have to appeal to everyone, but you’ve got to be someone's favorite show and that from early on was someone's favorite show and then that started to build and build and build.”

She wasn’t pushed into what she called “the family business” by her father when she lived in Buffalo and attended Nardin Academy from eighth grade through 10th grade in the 1990s.

Since three-quarters of the Cassidy siblings work in media, the family business line seems appropriate. Her brother, Kevin, in New Orleans, runs a group of radio stations there and a sister, Paula Polma, is in radio sales in Dallas. Her brother, Stephen, is the outlier as a lawyer in Northern California.

Cassidy said her father’s support was unspoken and unwavering in her climb to becoming a powerful woman in Hollywood. 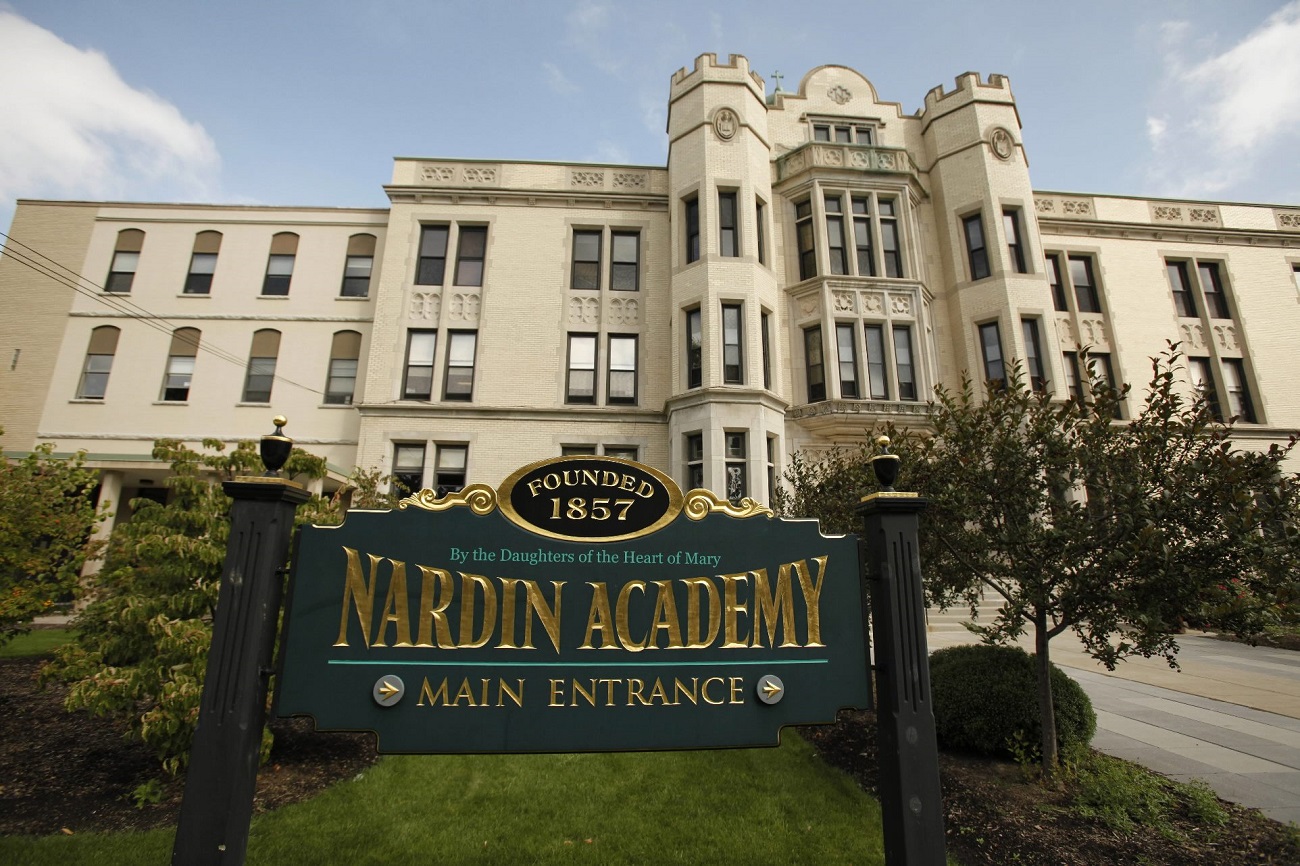 “At Nardin, I don't think I had to be told, 'You can be just as good as the boys,' ” she said. “We were treated like we would, of course, be as good as the boys and to speak up in class and be strong. And my dad taking me to the office every day, it's not like he had to tell me, 'You can do this just like your brothers can do it.' For even him to say would be acknowledging that there was a difference between me and my brothers. For him, it's like, ‘No, of course you would do this. Why would I even have to say it? Let me show you how to do it.’ So, I think it gave me a confidence that it was just a foregone conclusion with him that I could succeed and be a professional woman. And I am really grateful for that.”

John DiSciullo, who had multiple roles at WKBW, remembers Carolyn as “the apple of her father’s eyes” and recalls her as “creative and energetic.”

“Paul had a great eye for talent, and loved creative promotions and programming. He also kept in touch with everyone in the business, and continued to connect even after retiring," DiSciullo said. "I am sure Carolyn learned so much from her dad to create great shows, and most importantly treat people with respect.”

Her father’s influence on her was undeniable on his stops in Los Angeles; Tucson, Ariz.; Los Angeles; Lafayette, La.; Washington, D.C.; and Buffalo.

“I’m a TV brat,” said Cassidy, who was born in Los Angeles when her father worked here. “I was subtly pushed into it. I think he was very proud that I worked in the industry. Most people who come out here, the parents don't understand what they do. My dad would call me the next morning about ratings and how things did or how things were promoted and launched.”

Cassidy turned nostalgic when recalling the days from 1991-'94 when she attended Nardin and her father often would pick her up and bring her to WKBW.

“I would go to WKBW a lot and just sort of sit in his office and do homework and people would come in and talk about sales,” she said. “I'd go down to the newsroom. I absorbed it and so I think it's funny he didn't steer me that way, but it was pretty inevitable that I would end up here someday.”

Jane S. Mathias, the director of guidance at Nardin who taught Cassidy French, saw that she had a bright future in the eighth grade.

“I remember her as a curious, bright, motivated, eager learner,” said Mathias, who hasn’t been surprised by Cassidy's success. “I didn’t understand at the time where her drive would take her, but I knew that she was a forward thinker and her work ethic was excellent. I was sure that she would be successful. I never got to know the direction she was going to take the rest of her education or what she would do with it, but I think it is pretty amazing.”

Cassidy left Nardin to become a congressional page in her junior year, taking classes in the morning and working after that when Newt Gingrich took over as Speaker of the House. She met Nelson Mandela and attended a State of the Union address by President Bill Clinton. She never returned to Nardin because her father lost his job at WKBW after her junior year.

Cassidy never graduated from high school, opting to skip her senior year to be a freshman at Pitzer College in Claremont, Calif., and transferring to Harvard a year later.

She has pleasant memories of Nardin and Buffalo and the influence the school and the area had on her. She remembers a "Hall of Fame" of famous alumni in the school's entryway, including a photo of "Murphy Brown" creator Diane English.

"I remember looking at that and kind of being inspired by seeing her picture there,” she said. 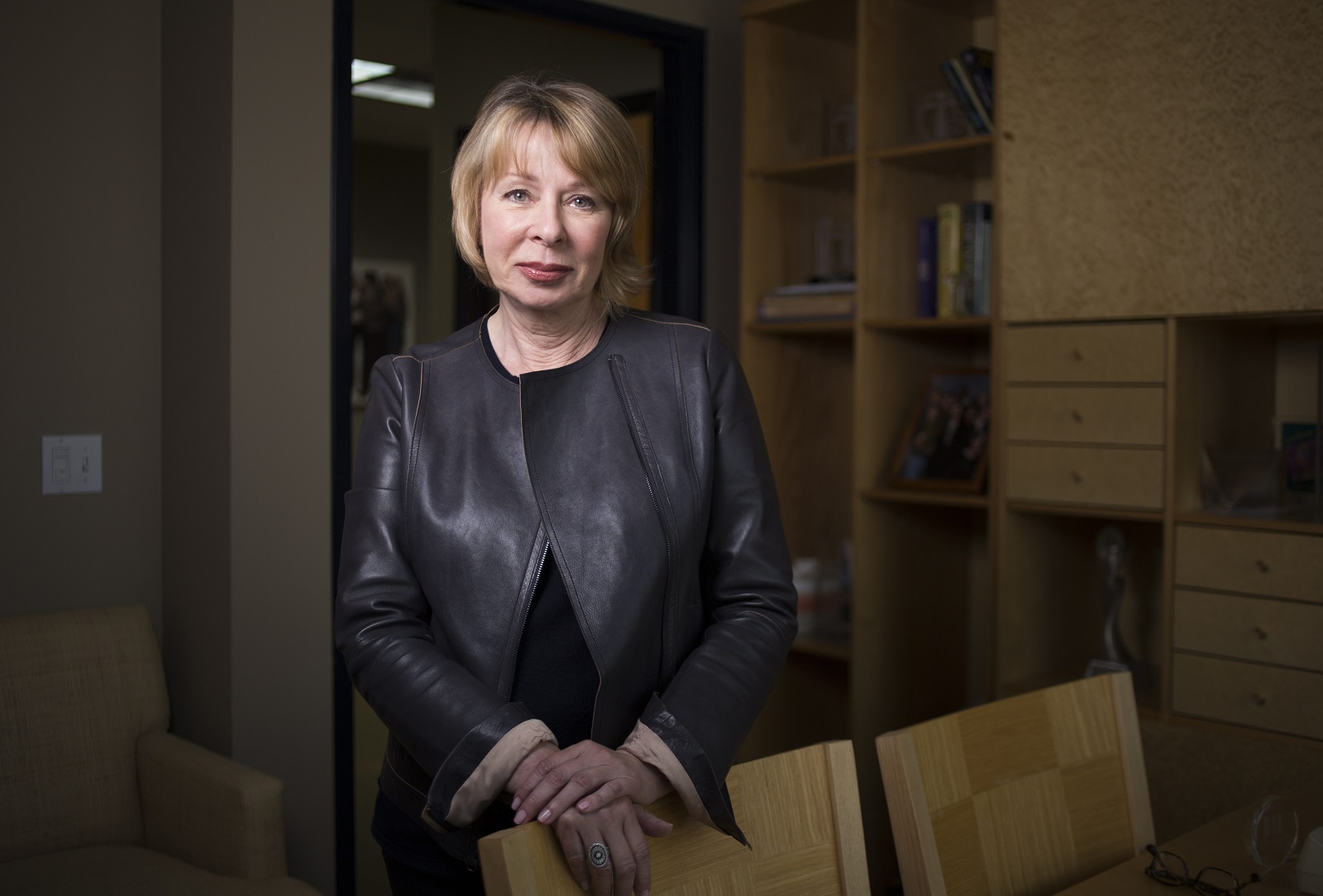 Diane English, a Nardin Academy alum, in her office in Los Angeles. (Jenna Schoenefeld/Special to The News)

She also saw the value of living in a community like Buffalo.

“I think Buffalo also influenced me for my current job of seeing how people live in different parts of the country,” said Cassidy. “I think it's really easy when you live out in Los Angeles to just become myopic to like privilege and one way of looking at things. I'm really grateful that I know what it's like to live in a place like Buffalo, to be a television viewer in place like Buffalo, to not just be interested in Hollywood stories."

At Harvard, she co-produced a Hasty Pudding musical, “I Get No Kick from Campaign” in 1999, which helped her learn about managing a budget and a crew. She also did internships in the industry in Los Angeles.

After graduating from Harvard, she was offered a high-paying job with a tech company but declined it.

“I just realized, ‘No, I want to work in entertainment,’ ” said Cassidy, who moved to LA without a job but before long became an assistant in business affairs at CBS.

She may be having a subtle influence on her two daughters, Violet, 6, and Julia, 3, with her husband, Zachary McGee, who runs business affairs for Sony Home Entertainment. They met when he was an NBC lawyer and she was deposed in a lawsuit. He lost the suit but won her.

Like her father, Cassidy brings her children to her corner office occasionally and uses them as a test audience for Disney+ programs. She also took Violet to some sets.

“That was really fun,” said Cassidy. “They are still a little young but they're starting to get it. My older one is starting to speak the language. They loved the animated Tim Burton movie ‘Nightmare Before Christmas,’ and the other day Violet asked if there's going to be a live-action version. I was so proud that she used the right terminology.”

Her late grandfather would have been just as proud.