The Buffalo Catholic Diocese is expected to file for Chapter 11 bankruptcy in the near future, due to its dire financial situation stemming from a slew of sexual abuse lawsuits.

"Catholic Health institutions have been serving the health care needs of our community for more than 170 years and that will continue, apart from the challenges facing the diocese," said Mark Sullivan, Catholic Health's president CEO.

While the two organizations share a mission related to the Catholic Church, they operate separately.

Here's a look at the reasons:

Q: Why wouldn't a bankruptcy filing by the diocese affect Catholic Health?

Q: Could Catholic Health's assets be attached to any judgments against the diocese?

A: No. The same answer applies to any donations made to the Foundations of Catholic Health. Those donations can only be used for the needs of the ministries they support, Sullivan said.

Q: How is Catholic Health organized?

A: The system is locally governed and managed. It is a financially independent, nonprofit licensed by the state, with a 23-member local board of directors, Sullivan said. The directors include business leaders, community members and physicians. 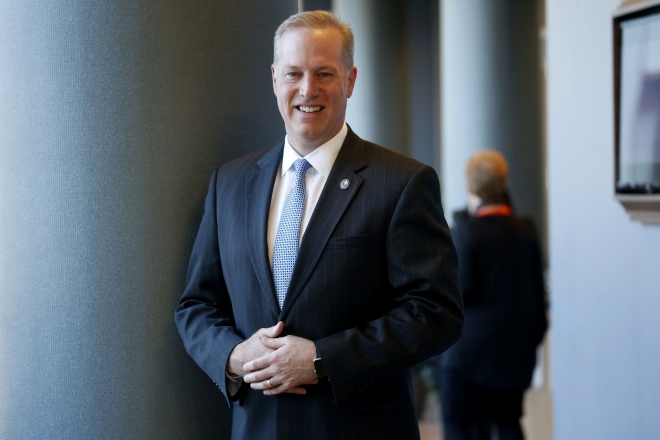 A: Catholic Health's fiduciary duties lie with the board of directors, said Robert M. Greene, chairman of Catholic Health's board. The board has final say over the management and disposition of Catholic Health's assets, and incurring and managing its debts, Sullivan said. Also, an independent accounting firm audits the health system's finances each year, and investment rating agencies review its financial outlook.

Q: Does Catholic Health receive any funding from the diocese?

Q: Does the diocese have any connections to Catholic Health?

Both the diocese and Trinity Health are also religious sponsors of Catholic Health.

Q: How else are the diocese and Trinity Health connected to Catholic Health?

A: They are Catholic Health's two voting members. Greene said members are like shareholders but with no rights of ownership. They have the power to preapprove or ratify actions such as mergers, naming new board members, budgets and borrowing money above a specified amount.

But Catholic Health is prohibited from transferring assets to the members.