The recommended location for a new downtown convention center is not sitting well with some preservationists.

The clearance of a city block, bounded by Delaware Avenue and Franklin, Mohawk and Huron streets, would require the demolition of six buildings deemed eligible for the National Register of Historic Places. They include the eight-story Crosby Building, built in 1916 at the corner of Mohawk and Franklin, and the home of Buffalo Academy of Science Charter School.

Restoring a stretch of Genesee Street as part of Joseph Ellicott's original diagonal street pattern, along with the return of a small triangular park, drew higher marks. Relocating an 1890 brick house at 153 Delaware to Genesee also won approval from some. The close proximity to Statler City could also help the historic hotel building, located just south of the proposed convention center location.

But for others, the bad outweighed the good.

"I think it's important to restore the street plan as much as possible, but not if it's at the cost of destroying more historic fabric in the city," said Martin Wachadlo, an architectural historian.

"Almost all of downtown Buffalo has been clear cut, and now we're clearing an entire block for a convention center," Wachadlo said. "It seems we are oh-so-proud of all of our old buildings that have survived, and on the other hand, we are getting rid of them to build new stuff."

Wachadlo lamented the potential loss of the Crosby Building, which he called "a fine example of a tall office building of that era," one with important early 20th-century civic ties.

The study called for the facade of the Crosby Building to be incorporated into the final design of a new convention center.

"We haven't had much time to review the material, but we are extremely gratified to see the reopening of Genesee Street and the historic vistas there along with recreating the historic streetscape," Fisher said.

But the organization is "highly concerned" about demolishing the six National Register-eligible buildings, she said.

Tim Tielman, executive director of the Campaign for Greater Buffalo History, Architecture & Culture, said the city risks repeating mistakes of the past.

“Convention centers, because of how they must be built, create dead zones around them," Tielman said. "They don't revitalize neighborhoods."

The idea of moving the 19th-century house from Delaware to Genesee, he said, is "absurd." 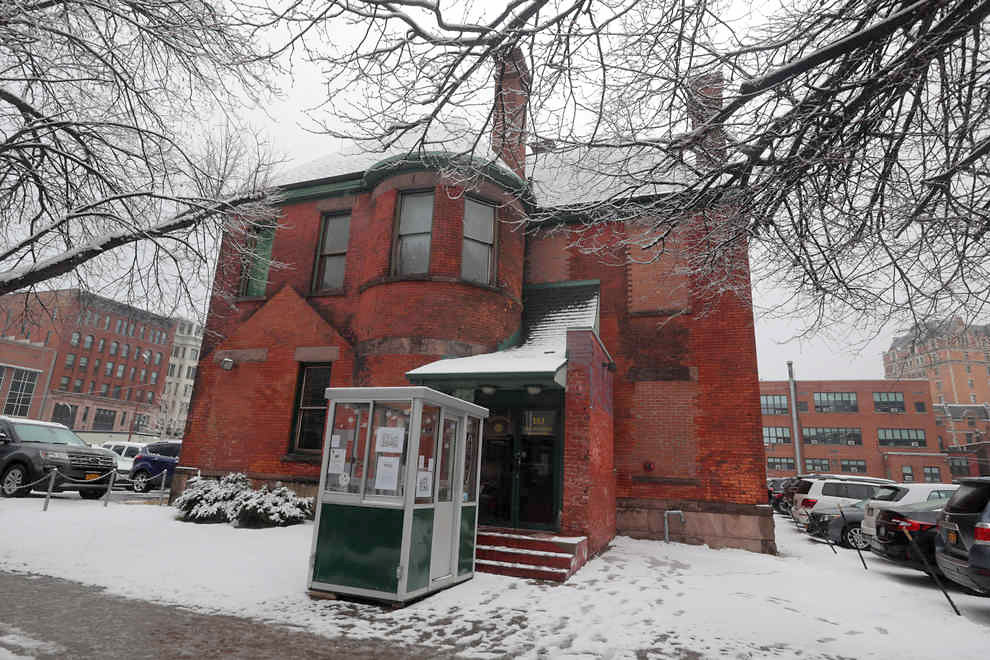 A Delaware Avenue home that consultants have recommended moving to make way for a new convention center. (John Hickey/Buffalo News)

Howard Goldman, who owns the house that would be moved, said no one who worked on the study ever talked to him.

Even if the home moves, Goldman said he likes that it would remain in close proximity to Niagara Square.

"I don't know too much about moving houses," Goldman said. "There was an 'Addams Family' episode and Gomez got a window seat. Maybe I'll be Gomez."