A former Marine accused of driving under the influence of marijuana when he crashed an SUV into an apartment building last March killing a 94-year-old woman was poised to enter a guilty plea to vehicular manslaughter Tuesday in Erie County Court.

But Edward T. Harris didn't make it to the courtroom.

Instead, the 33-year-old was being admitted to Buffalo's Veterans Affairs Medical Center, according to his defense attorneys, who said Harris in recent days "devolved" into a "horrible mental health state."

Harris was indicted last July on charges of second-degree murder and second-degree vehicular manslaughter in the death of Lida C. Alminate. Alminate was buried by debris inside her apartment on March 26 when Harris' SUV crashed into the Ken-Ton Presbyterian Village apartments on Delaware Avenue in the Town of Tonawanda. She was hospitalized and died four days later.

A jury trial scheduled to start last month had been rescheduled for March 12, but it may be delayed again depending on the results of the mental health exam.

Harris and his attorneys discussed taking the plea weeks ago, LoTempio said in court Tuesday, which would have resulted in a sentence with a minimum term of one to three years in prison.

Prosecutors have said Harris was speeding down Oakridge Avenue in the Town of Tonawanda when he crossed Delaware Avenue and drove into a parking lot, struck a parked car and then crashed into the apartment building. 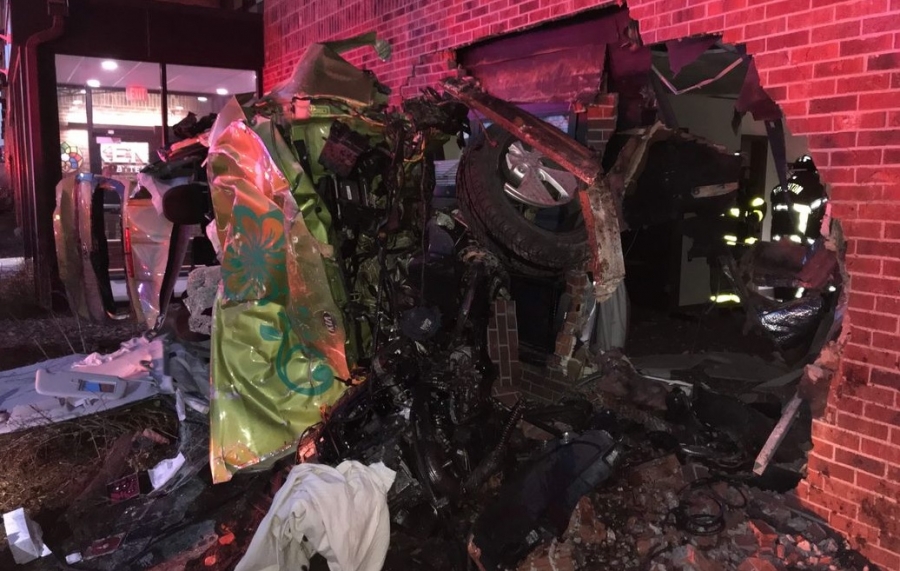 The damaged SUV and apartment building in the Town of Tonawanda on March 29, 2019. (Photo courtesy of Brighton Volunteer Fire Department)

Alminate, who was watching TV in her apartment at the time, "was basically buried alive in debris," Erie County District Attorney John J. Flynn said after Harris' arraignment. 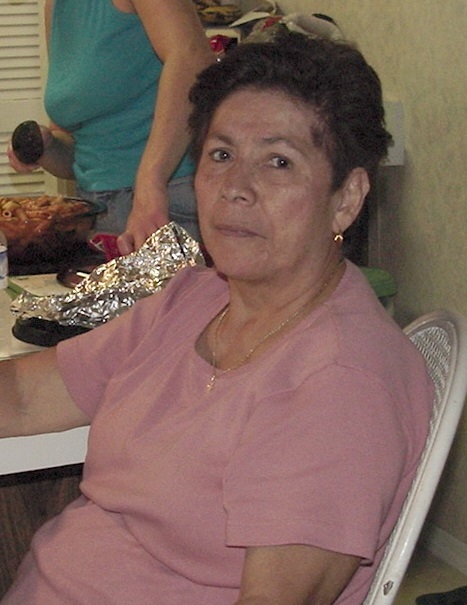 The impact caused bricks to fly through the interior of the building and the ceiling to cave in.

Harris, who was honorably discharged from the Marines, suffers from PTSD and has been diagnosed with depression and narcolepsy, according to his attorneys.

Alminate's family described her as a loving mother, grandmother and great-grandmother who was still healthy and active at 94. She loved her family dearly and was known for making empanadas from her native Ecuador, her family said.

In the days following Harris' arraignment and including the case of another driver suspected of driving under the influence of marijuana who killed a woman at a bus stop, the district attorney vowed to send a message to the public.

"I am not going to tolerate driving while under the influence of marijuana," Flynn said then. "I am going to take a hard line on this." Flynn also said he was sympathetic to the circumstances that led up to the crash.

A proposal to legalize the growth, sale and recreational use of marijuana by adults over 21 is under consideration by the state Legislature. Gov. Andrew M. Cuomo has recently announced changes to a proposal that failed to gain approval last year. The governor and some leading lawmakers disagree on how to allocate tax revenue from legalization.

Cuomo amends marijuana legalization plan, but not enough yet for lawmakers