Or, Biondo just didn’t see this championship repeat coming because the Quakers did not place in any of the five big tournaments during the regular season.

In the most important event to date, Orchard Park delivered a lights-out performance. The Quakers broke five records Wednesday at AMF Airport Lanes. They repeated as Section VI Division I champion in without-a-doubt fashion.

A year after securing the program’s first overall sectional title with a total of 6,072, Orchard Park earned its second by amassing a school-record, six-game team score of 6,823. Led by overall tournament champion Declan Stiles’ six-game series total of 1,448, a school record, and third-place finisher Tanner Ambrosio’s 1,415, the Quakers finished 521 pins ahead of runner-up West Seneca West.

“We were feeling it the whole day,” Stiles said. “We were throwing good shots. Everything was going our way pretty much. … Our first through fifth bowler … everyone did great today.”

“I can’t be more proud of these guys and how hard they worked,” Biondo said. “They just remained positive the whole entire day. … It was a big day.”

Orchard Park will be joined at the state team tournament by Section VI Division II champion Depew. The Wildcats scrambled to field a lineup due to injuries and found the right mix in posting a winning score of 6,150 pins. Fellow small school Fredonia followed with 5,907.

Orchard Park set the pace early with a lightning fast start and was the talk of the tournament late once fans realized its championship coronation was all but a formality. In addition to its winning total and Stiles' series for the books, OP twice broke the school record for best five-man-score for a game (1,161) and (1,191) and also set the program record for five-man, three-game total (3,422).

“Our entire team works extremely hard at practice. … Hard work pays off is the best thing to say,” Stiles said.

Depew earned its first sectional championship celebration during longtime coach Steve Kolbert’s 18 seasons. Being among the teams to earn a blue patch for placing first wasn’t something he expected, making the moment really special.

“It’s a shock,” he said. “We went into this knowing we had some strong bowlers. We had two bowlers get hurt during ECIC Roll-offs (the other day), and we had a bowler who had a medical incident. We brought in seven guys, three of which we didn’t even know how they’d be able to perform today. An outstanding job by all of the kids today.” 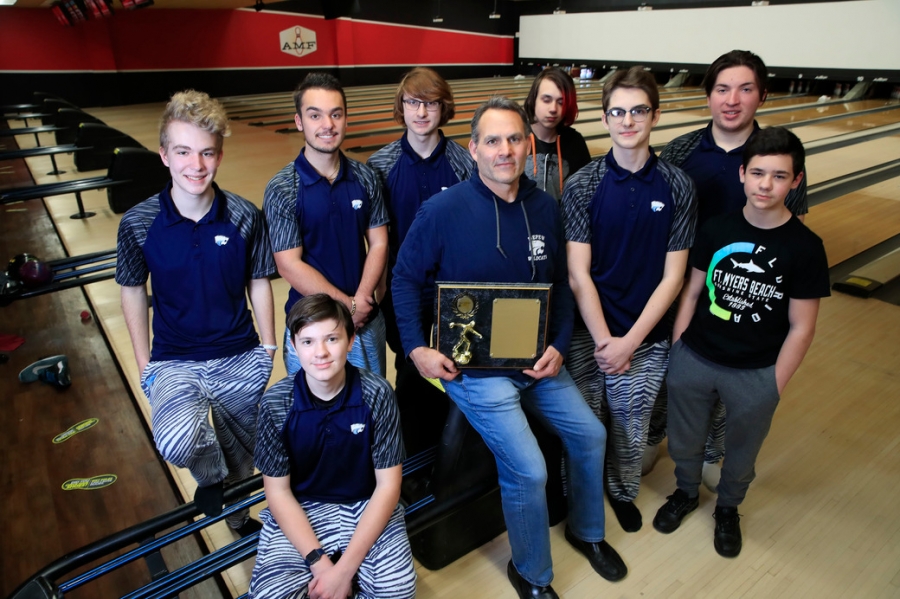