If your dad or grandpa worked in the plant or at any other postwar middle-class job in Buffalo in the ’50s or ’60s, chances are pretty good that at some point, your mom or your grandma got new dinnerware in weekly installments from the grocery store.

The “Dutch Blue” kitchenware pattern, later known as “Blue Tulip” by collectors, was distributed around the country over weeks and years by A&P grocery stores. Originally featuring a dark blue tulip design on a lighter blue background, later other colors like pink and yellow were introduced. The same items were also offered later at Acme Markets around the country.

Another popular pattern on the dining room tables of Buffalo was Wedgerose by the Lily China Company. The service for 12 was offered at many locally owned neighborhood grocers that were part of the Red & White markets found on street corners and the middle of residential blocks all over the city in the early 1950s. 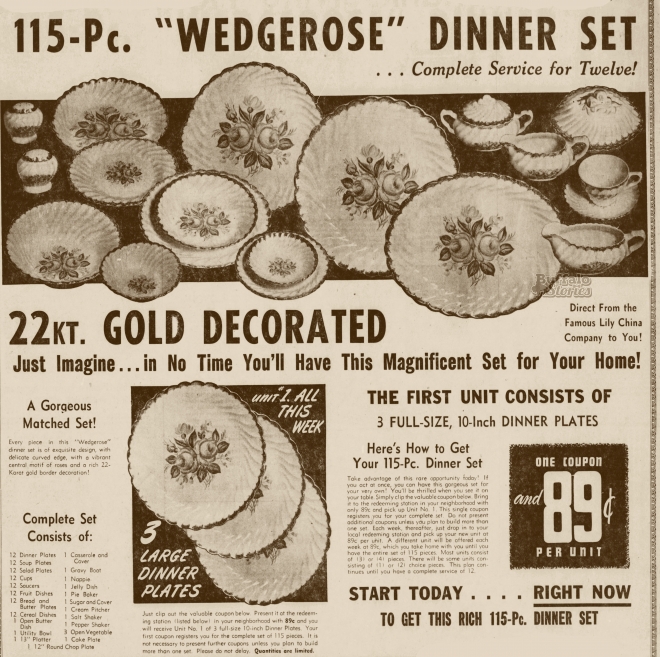 These dishes were more likely found later into the ’70s and ’80s in kitchens without dishwashers. The powerful jets would wipe off the 22-karat gold border decoration on plates and other pieces.

Tops, Loblaws, A&P and Acme Markets in Buffalo each offered various patterns of Mar-crest Dinnerware as premium items through the 1960s, with Acme seemingly selling one pattern or another nonstop.

Acme came to Buffalo in 1959, when the once-locally owned Nu-Way chain sold out to the Philadelphia-based Acme. After 20 years in business in Buffalo, all remaining Western New York Acme stores were closed in 1979. First made available at Acme in 1961, the Mar-crest Blue Spruce design was featured on ovenproof and detergent-proof dinnerware. 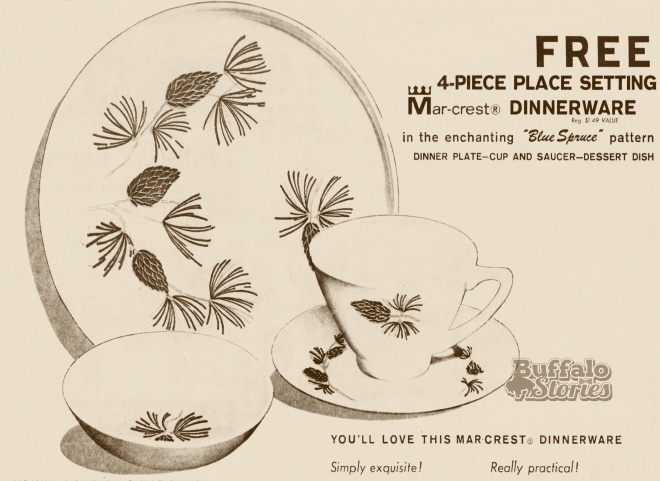 Loblaws offered Mar-crest’s Swiss Chalet pattern in 1965, free over 10 weeks with weekly purchases of $5 or more. 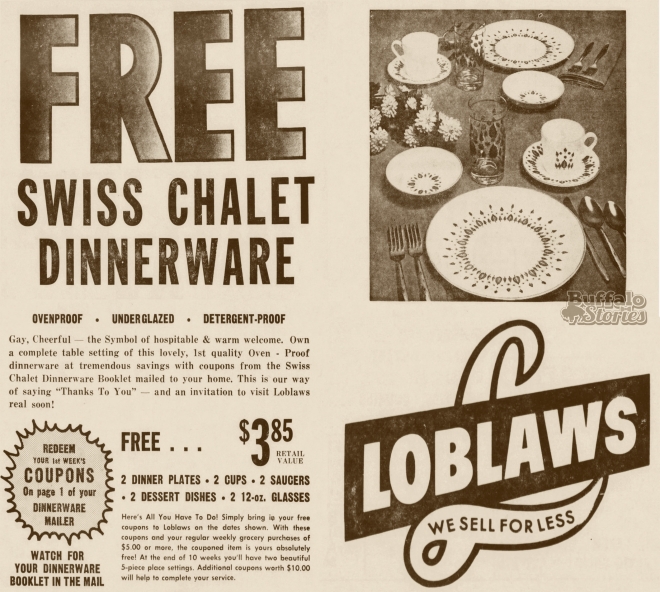 Mar-crest’s Star Glow pattern was available in installments from Acme in 1965, and then a few years later at Tops as well.

The Blue Heaven pattern was described as “a semi-abstract interpretation of ancient Aztec hospitality symbols rendered in soft sky blues and grays,” and was available at Acme in the late ’60s. 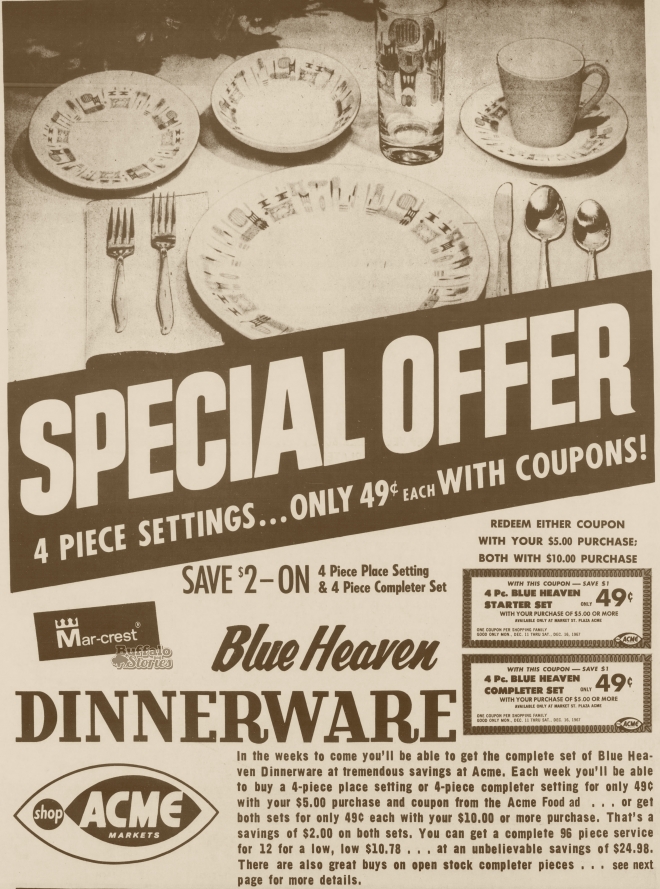 One honorable mention was never offered free from any grocery store, but very likely replaced many of the dinnerware sets listed in this article sometime in the ’70s or ’80s. Corelle’s Butterfly Gold pattern was introduced in 1970, and very quickly became the ubiquitous plate you could expect to pop up almost anywhere for decades. 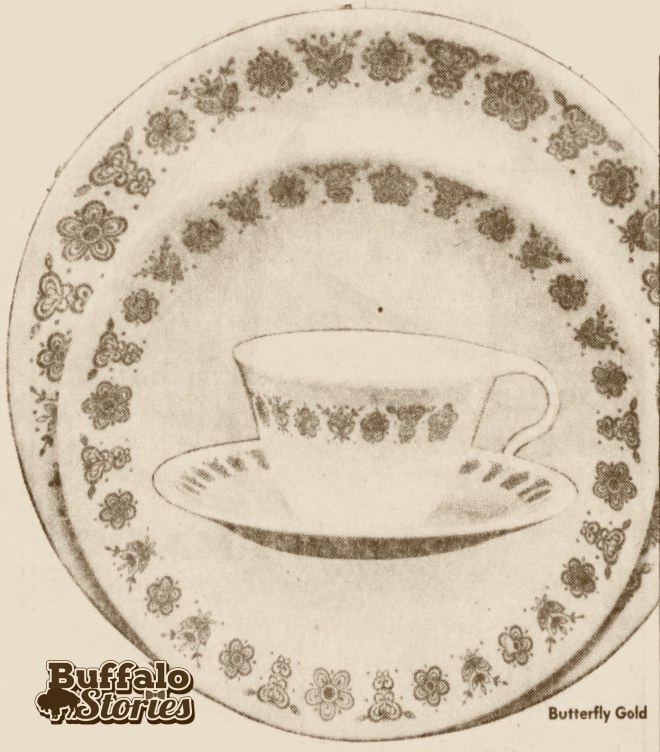