Having concluded that the job of being The Buffalo News’ designated eater produces too much joy to contain in one corporeal form, I invited some of the people who pay for my privilege to be my guests, and help our readers weigh a restaurant.

Since the review’s ultimate goal is to provide its audience with actionable intelligence, helping them decide how to spend their scarce entertainment dollars, I believe every eater could contribute something worthwhile. (Except people who think everything is “good,” who my hero Calvin Trillin once referred to a possessors of a “Naugahyde palate.”)

Donna and Larry Slanovich are not those people.

The retired Arcade bookkeeper and teacher, respectively, have traveled extensively and eaten in gastronomic temples far and wide. So it was my pleasure to invite them to Grand Island, where the chef behind Biac’s World Bistro was making a fine dining comeback as Zobud Bistro, named after his daughter.

[Want to accompany the News Food Editor on a restaurant review? Here's how to enter]

It’s a small place next to a pack-and-ship store, about 30 seats, tucked into a former cupcakery. The sign is easy to miss – Donna and Larry went right by – but after a quick U-turn, they found plenty of parking out back.

My cover was blown the minute I stepped inside, so I can’t blame the server hovering on water-topping duty. Veteran chef-owner Sam Reda has kept the menu compact. Eight appetizers join four salads, three “share plates” and 13 entrees, including pastas, Italian classics, steak, salmon and a burger.

Specials included branzino ($28) with herbed risotto, arugula pesto and ratatouille. That made it an obvious choice for inducting new members into the Anton Ego Appreciation Society. 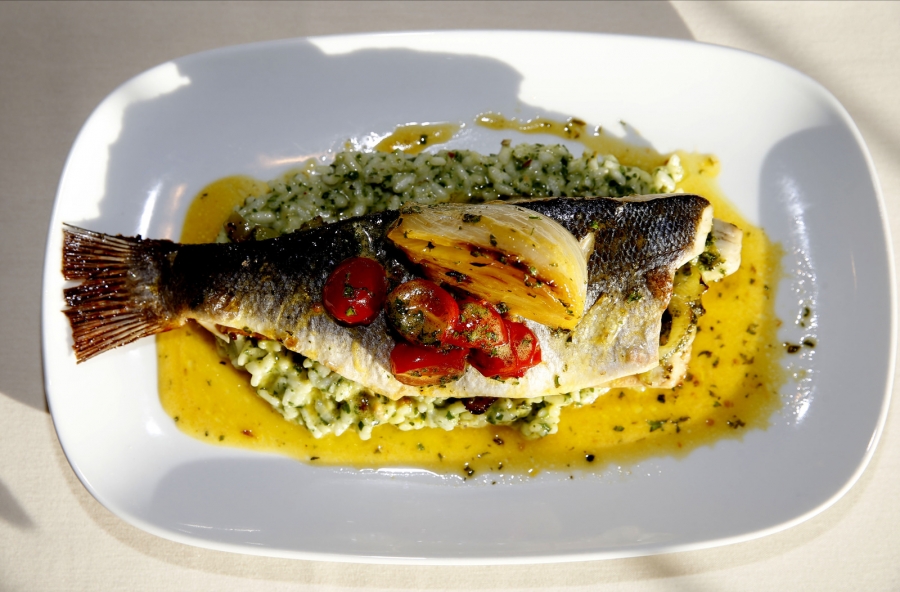 Here’s this restaurant critic’s dirty little secret: I’ve never had culinary training, worked in a restaurant or eaten in Italy. What I do have is practice at figuring out why I fall in love with certain dishes, and putting it into words that can transmit that hunger to another.

I don’t believe my opinion is better than the Slanoviches. We all have something meaningful to say about food, as hunger is our truest common tongue.

Larry loves crabcakes, Baltimore style, which is lumps of crustacean barely held together with binder. What Zobud served is a different style. Call it Great Lakes style, browned patties of crab meat the fine-grained consistency of tuna salad. But Larry is the kind of optimist who orders crabcakes locally. "Occasionally I have found pretty good crabcakes in Western New York," he said. 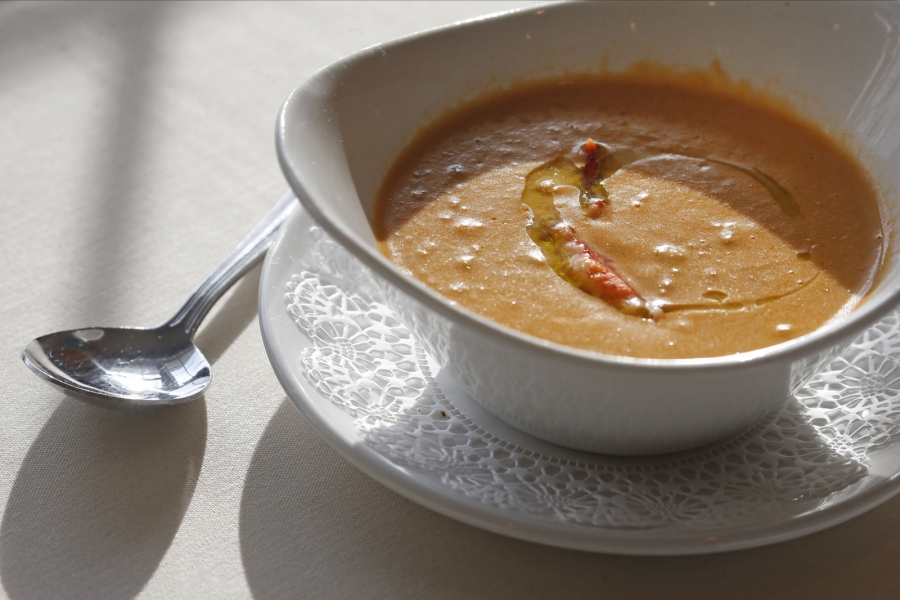 The salad that came with it – slivered fresh mango, paper-thin fennel bulb and arugula – was refreshing.

Lobster bisque ($9) was an apex of the form, luxurious brandy-fortified stock that wrapped my tongue in velvety lobster essence. Bites of lobster were conspicuously plentiful, helping make this a dish we would all revisit. 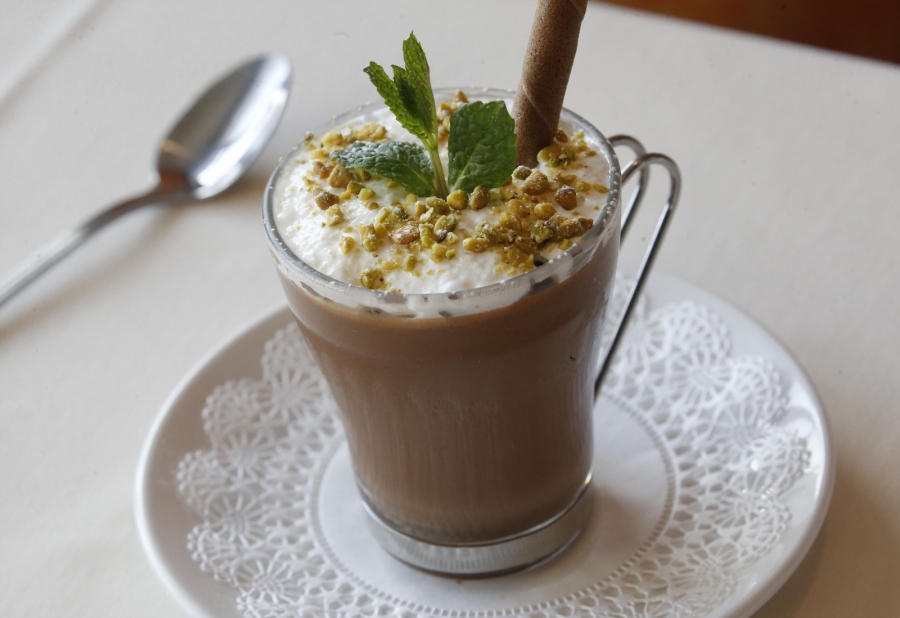 Having ordered filet with lobster risotto, Larry noted that although the steak was overcooked, medium not medium-rare, it was by no means ruined. Considering the risotto beside it, studded with plump lobster chunks, and its $29 price, it balanced out.

Donna likes to compare eggplant Parmesans, but in its absence she chose chicken Milanese ($24). The cutlet was brown-edged, but pale and lacking crispness everywhere else. Like other entrees, it seemed light on seasoning.

Seafood paella ($48) also needed more seasoning, although it had plenty of protein (squid, mussels, fat shrimp and unadvertised sausage). Most of the seafood was appropriate, but its calamari approached rubber band stage.

I'm a sucker for these 8 fried calamari plates around WNY

Branzino was delicious, moist and tender, the basil-scented risotto and hearty eggplant stew providing an excellent flavor frame for the sweet fish. But Donna was put off by the sticky gray skin on the uncrisped filet.

Tender ricotta gnocchi ($20) were patiently pan-browned then slicked in a creamy garlicky-sweet Madeira glace that left me sticky-lipped. They were tumbled with meaty sautéed mushrooms and spinach.

“Save room for dessert,” Donna advised, after we surveyed Zobud’s housemade sweets ($9). Chocolate budino, Italian for pudding, was rich and resonant. Tiramisu was an airy exemplar of coffee and cookie suspended in a cream cloud.

When I called to arrange photography, Reda said he wasn’t in the kitchen during our dinner. So there’s a chance the kitchen can do even better than it showed us.

Meanwhile, the Slanoviches and I agree on three things. Despite the tablecloths and other touches, Zobud Bistro is not fine dining. But it is a friendly little restaurant you should know about if you’re dining on Grand Island. And you don’t have to be an expert to provide useful restaurant insights. Everybody’s gotta eat.

Parking: lots in front and back