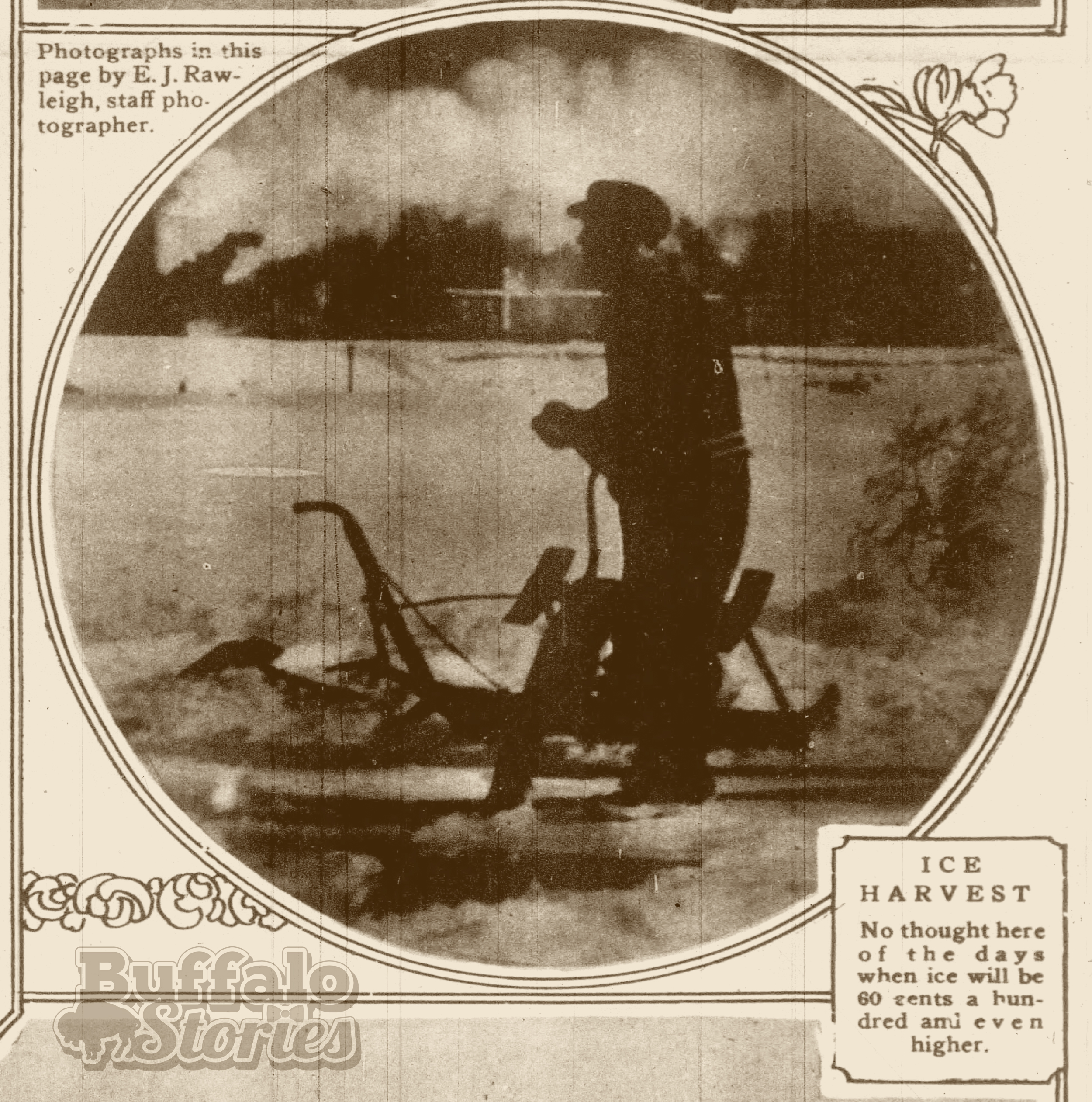 A nearly forgotten great industry of Buffalo and Western New York’s past was borne of a natural resource we have less use for these days.

The harvesting of natural ice was a dangerous endeavor, usually starting in January and hitting full stride in February. In the days before electric refrigeration and the ability to freeze water to make artificial ice, the cutting, moving, and storage of ice was important for industry and public health.

Silas Hemingway started Buffalo’s first ice wagons to supply private houses in the city in 1850, and that service didn’t stop until popping an ice cube tray in a freezer became easier than drawing a team of horses out onto a frozen lake.

The ice found beyond the mouth of Buffalo Creek was called “the best ice in the country” by the Buffalo Ice Company in 1890, and worth the trouble of reaping.

“Ice cutting on old Lake Erie at Buffalo and vicinity, is one of the characteristic, typical winter industries here – very extensive, extremely profitable, and high important to all, rich and poor alike,” reported the Buffalo Courier in 1897.

The industry was weather dependent – but a warm winter wouldn’t wipe out the market. At the end of the great 1896 harvesting season, there was about 200,000 tons of ice in storage. Buffalo only used about 125,000 tons the following year. Ice stores would usually stay two years in storage.

In 1891, ice dealers agreed on the rate of 50 cents a week – $20 for the year as the family rate for ice, this as the city health department made agreements to provide some amount of ice to the city’s poor at no charge.

Webster Ice Co. was one of Buffalo’s biggest. In 1903, they built a barn to hold 70 horses and 40 ice delivery wagons. Those yellow wagons delivered 25- and 50-pound blocks of ice, depending on the business or home's ice box size.

While much of Buffalo’s ice came from Lake Erie, ice in other nearby locales came from Lime Lake, Cassadaga Lake, Silver Lake and Lake Chautauqua.

There were three ice dealers in the Tonawandas, where Tonawanda Creek and Eleven-Mile Creek were harvested. The North Side Ice Company packed about 3,000 tons of ice per day into its giant ice house on Delaware Avenue in 1906. The Rose Ice Company pulled in almost twice that much daily to their plants on Ellicott Creek Road and Young Street.

By about 1910, two of Buffalo’s biggest ice companies had merged, and Webster-Citizens Company’s storehouses were filled with as much manufactured ice as the harvested natural stuff. The biggest problem came with the purity of the water used in ice creation. Webster-Citizens promised its product “was absolutely pure and free from all insipid boiled taste.” 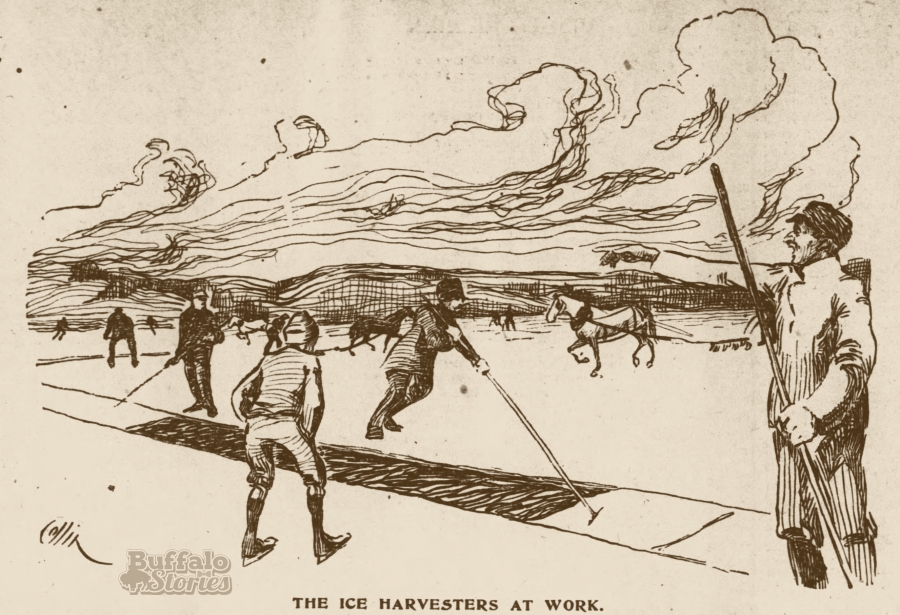