A veteran Niagara County Jail corrections officer resigned Tuesday after pleading guilty to a misdemeanor for reporting that she made rounds of jail cell checks when she really hadn't.

Alexandra L. Matalavage, 52, of Burt, was suspended from her nearly $80,000-a-year job after being charged last August with five felony counts of tampering with public records. She was charged with noting that she made the rounds once on March 11 and four times on March 28, when she really hadn't. 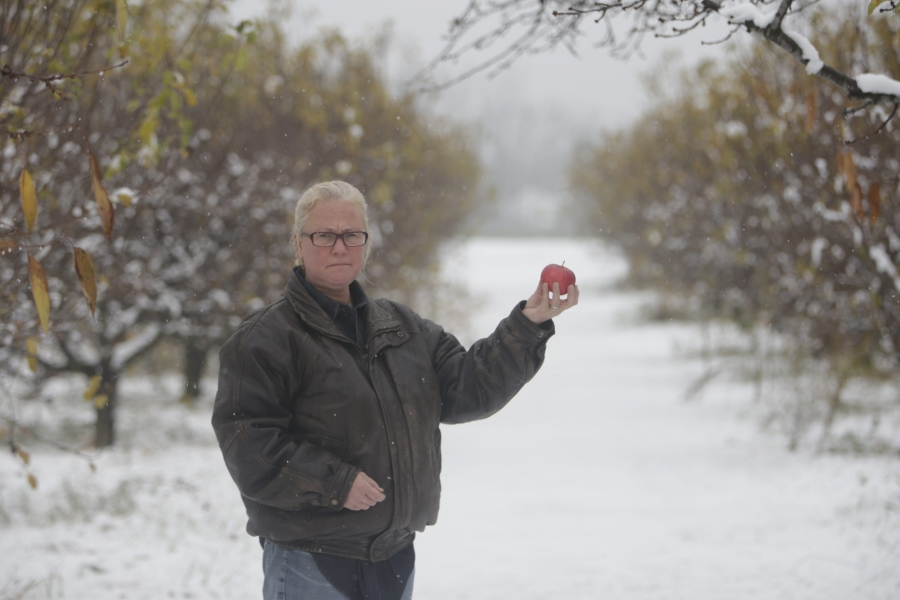 Alexandra Matalavage inherited Murphy Orchards in Newfane from her late mother. She is seen in the apple orchard on Nov. 17, 2014. (John Hickey/News file photo)

"We require our officers to do the rounds as mandated by the SCOC (State Commission of Corrections). That wasn't being done in these instances, nor was proper record-keeping," acting Sheriff Michael J. Filicetti said.

What was Matalavage doing instead of making her rounds?

"She was just sitting at her desk," District Attorney Caroline A. Wojtaszek said.