Is it time for condos in downtown Buffalo?

Developers have been rapidly putting up new apartments in the city's core, seeking to fill a demand for urban living, while taking advantage of generous tax credits to finance the projects.

Today, there are twice as many apartments in downtown's Central Business District as there were 10 years ago and developers are in the midst of construction projects that will increase the supply by more than 20%.

But where are the condos?

Project economics are a factor. Developers and city officials say condo sale prices are still not high enough in Buffalo to make the projects work without tax breaks or other subsidies, especially if the project involves infill developments. Private lenders also want to see evidence that the condos will sell, which puts an extra burden on developers.

"They need something to bring to the bank that says there is demand and we need to put something up there," said Rocco Termini, who has called for a new study to justify that effort.

The bottom line: It's much easier to find renters in the city than buyers.

Developers say there's a critical mass of residents that is already changing the dynamic of the city's core. In turn, that has bolstered the potential for condos.

If all of the apartment projects that have been proposed but haven't started construction are completed, it will increase the Central Business District's supply of apartments by another third, giving the district more than three times as many units as it had in 2009.

It's a similar story in the broader downtown area, which stretches from roughly KeyBank Center to the Buffalo Niagara Medical Campus, and both east and west of the core. The number of apartments in place or under construction is up 50% since 2009 and projects that would increase the supply by another 25% have been proposed.

Moreover, there has been demand for the new apartments. The units that have been built are almost entirely occupied, creating a population similar to the Village of Williamsville in the heart of the city.

But there's another side to the residential market that hasn't been tapped, developers and city officials say.

"It would be nice if we could balance it out with some for-sale housing," said Paul Ciminelli, CEO of Ciminelli Real Estate Corp., and a member of the Buffalo Place board.

There are some examples of for-sale condos in the city – from City Centre and Waterfront Village to the conversion of Jake Schneider's Historic Warehouse Lofts. But developers say that the rapid take-up of apartments means there's still demand for more – including condos – even if selling units, instead of renting them, can be more difficult. 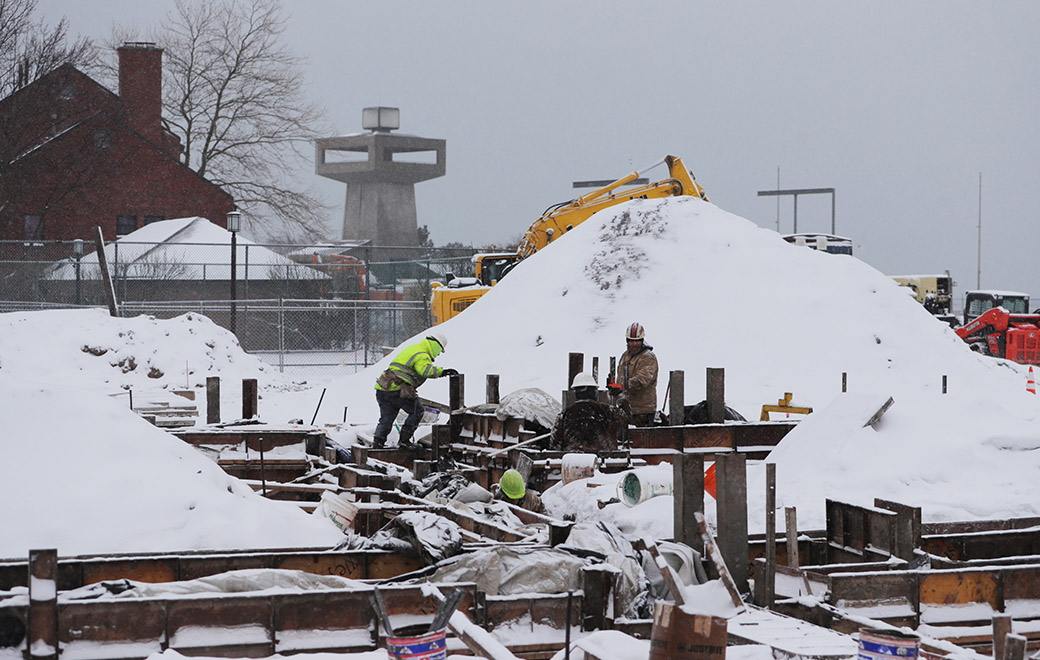 Construction underway at the West End Town Homes project in the Waterfront Village by Ciminelli Real Estate Corp. It's one of the rare condo projects downtown. (John Hickey/Buffalo News)

"It's a challenge in recruiting, because you have to be able to show it to them," said Keith Belanger, a senior vice president at M&T Bank, who also chairs the Buffalo Place board. "The demand is there. We've got to have the supply if we're going to get people."

The problem is how to justify and finance condo or townhouse projects, when the "for-sale" arena has never been a big part of Buffalo's real estate market.

The new apartments and the influx of people living downtown has generated a new energy that's driving even more change. Restaurants, bars and shops have opened to serve the growing clientele of nearby residents.

"The critical mass element is so important to really create these neighborhoods in downtown Buffalo," said Brendan Mehaffy, executive director of Buffalo's Office of Strategic Planning. "It’s that experience people have when they walk out their door and they’re not the only people around."

The availability of so many new apartments is helping employers "attract a lot of new talent to our city," especially younger workers, Belanger said.

Other building owners, seeing both competition and opportunity, have been prompted to spruce up their own properties and streetscapes, with public dollars to encourage more.

More people are coming downtown, eager to check out new attractions and amenities. And there's enough interest to justify an urban grocery and fresh-food market that will be coming to a former parking lot on Ellicott Street.

"For all of us that have been sitting at the table for a long time, this was our mantra about how we get residential in the Central Business District," said Steven Carmina, a downtown property owner and principal of architectural firm Carmina Wood Morris PC. "It's happening, and people are investing in the fringe areas around downtown. The momentum is going in the right direction." 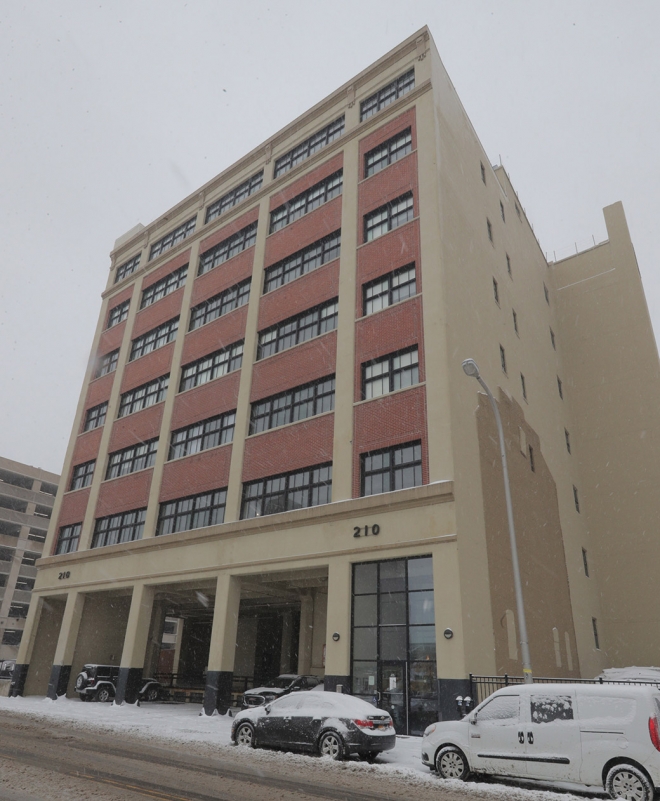 For now, however, the market is tilted in favor of apartments. They're largely studios or one-bedroom apartments, with a handful of larger ones. They're aimed at the new and mostly younger workers coming for technology, finance and medical-related jobs, or those eager for loft-style living with a "chic industrial" feel. They've also been snapped up by empty nesters ready to come back to the city after years of raising kids in the suburbs.

Prior to 2000, there were only 466 apartments in the Central Business District, and 1,747 in all of downtown Buffalo, according to Buffalo Place, the nonprofit downtown business improvement district. But they were "really scattershot" and "really centralized in large buildings and large housing opportunities," said Carmina.

A new Buffalo Place report found that more than 1,153 new apartments have been built or proposed in the Central Business District since 2000. That's a 240% increase in two decades.

Similarly, in the broader downtown area that extends on both sides of the business hub and into the Buffalo Niagara Medical Campus, there are 1,570 more apartments than there were 20 years ago – an increase of 90%. Developers initially focused on using historic tax credits to convert old commercial and industrial buildings, but they now are mixing in some new construction.

The new apartments are also fully leased, resulting in 2,500 residents living in the Central Business District, and more than 5,100 in all of downtown. "You always have some churn, but downtown from our perspective is not a challenge to fill those apartments," Ciminelli said.

If the market turns to condos, it likely will be through sizable projects with substantial density, built on vacant parcels, including surface parking lots whose owners aren't eager to give up the easy revenue.

Termini wants to form a builder's co-op, in which a group of developers combine resources, split the investment and share the risk on a project. He has suggested the site of the city-owned Mohawk Ramp could be a good starting place for the first project.

"Everybody says they want to get rid of these lots, and it’s true enough … until you own one," said Ciminelli, a partner in Allpro Parking.